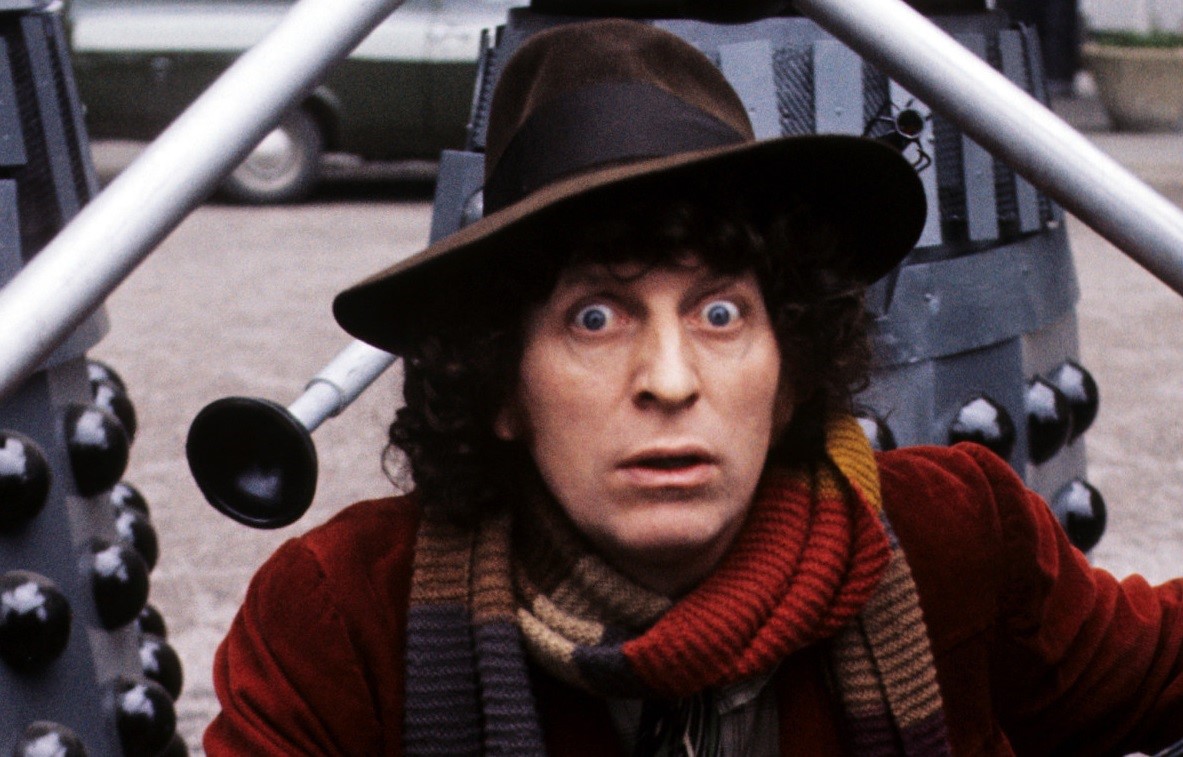 If you read our recent blog featuring Star Trek, Flash Gordon and BBC TV’s Blake’s 7 then it’s a safe bet that you’re a big sci-fi fan. Or, rather, a big fan of sci-fi films and TV shows. In this second and final edition of our sci-fi blog we’re going to run through a few more classics that we think you should revisit – on a 4K ultra-HD TV.

It’s a bit of a grey area, really, deciding what is classic sci-fi and what isn’t. For a start the genre is so vast in scope – but there are definitely some ‘marquee’ shows or films which we don’t think anyone could dispute are truly worthy of investing your time in. And, of course, you’ll need to know which 4K ultra-HD TVs should you watch them on?

Before we go wandering in other dimensions, and travelling through time and space, here’s a quick reminder of what exactly 4K TV is… 4K Ultra-HD TV is made up of 3840 x 2160 pixels so has approximately four times as many pixels as Full HD. The picture clarity is amazing – even on older shows which are upscaled. We’ve blogged several times about great stuff to watch – but, yes, not every show or film we mention was made in 4K. However, 4K upscaling is a significant improvement over the original picture…

It’s a classic British show which has been in existence since 1963 – and therefore it spans generations, so everyone who likes it has their own ‘golden era’. In more recent years David Tennant made a huge impression with his light-on-his-feet knockabout effort at being everyone’s favourite Time Lord… But he is mere Oasis to The Beatles when compared to the great Tom Baker. Yes, that curly-haired, bug-eyed, big-toothed bohemian nut-job from the mid-1970s still cuts it as the best Doctor Who.

Baker played The Doctor between December 1974 and March 1981, so just five years after the moon landing he got hold of TV’s best space role and put in the kind of compelling performance which still dominates the programme’s history to this day. And no wonder… His acting is epic – applying almost Shakespeare levels of dramatic intensity to great wryness, wit and sparkling humour. No wonder he was a hit with students, back in the day. He was like the mad but cool college lecturer everyone liked.

Of his seven years in the role, his first three are beyond criticism. With a deep tone of ‘Hammer Horror’ or 1950s ‘Boy’s Own’ sci-fi about them, those years are incredibly scary and superbly inventive. And they still look fantastic (okay, the occasional rubbish monster or dodgy set aside) on the recently issued blu rays and DVDs. In the end it’s the stories that count, and Baker’s golden years will gleam forever.

Watch Tom Baker’s golden years as Doctor Who on: The Sony Bravia KD49XH8196BU 49″ 4K Ultra HD Smart LED TV. This set features Google Assistant built-in, so will easily integrate into your Google / Android home network. With a range of other features to check out at the link, we’re convinced this a great TV to watch Tom Baker at his impressive best! Get yourself a decent soundbar too, and that amazing theme music will have never sounded better!

Star Wars: The Empire Strikes Back is a classic

Okay, so there are now 11 films in the Star Wars universe (the nine Skywalker saga films, plus Rogue One and Solo). Still the best amongst them all is The Empire Strikes Back. There’s just something about the tone of it, the story itself, and – perhaps – the excitement of it being the first sequel of the original film. George Lucas and his buddies kind of proved that they could really ‘do it again’ with this one.

It’s exciting but quite bleak and downbeat (certainly the ending isn’t the uplifting heroes ‘n’ medals conclusion of the original) and it feels sort of way more adult in comparison to some of the other films in the series. Lest we also forget: The Empire Strikes Back is the film which introduced Yoda, and really ramped up the whole Jedi mythology. An absolute classic.

Watch The Empire Strikes Back on: The Cello C58SFS4K 58″ Superfast 4K Ultra HD LED TV. The premium 58″ display with 4K Ultra HD resolution delivers stunning clarity, and watching the Rebels take on the Empire in this amazing resolution will be like watching The Empire Strikes Back all over again. For the first time. With bells on! The Cello has built-in Wi-Fi so you can switch quickly between the film and the Star Wars socials to discuss it with other fans.

This one is not set in space, but there’s absolutely no doubt that it’s a science fiction classic. From the brain of Terry Gilliam, formerly of Monty Python, came this incredible tale of a virus which wipes out most of mankind at the end of the 20th-century. In the future, with humans living underground, technology has advanced to such a stage that people can be sent back in time to try and stop the spread of the virus (which was deliberately and maliciously released upon the Earth).

Bruce Willis is the lucky guy undertaking that mission here, and what ensues is actually a pretty heartbreaking story as he goes back and forth in time to try and make sense of what has happened to the planet. As you’d expect with any film bearing Gilliam’s mark, along the way you’ll see staggering visuals (wild animals roaming the cities) and there is also a great performance from Brad Pitt as one seriously mentally disturbed individual. What happens with the virus? Well, that would be telling…

Watch it on: The Philips Ambilight 43PUS6704 43″ 4K HDR Smart TV. Intelligent LEDs at the edges of this TV will cast on-screen colours into the room, lending whatever you watch an extra ambience. This is a great-looking set which offers a great look to whatever you watch – particularly if you’re watching the recently released 4K scan of Twelve Monkeys. For more details follow the link.

There we have it. Another brief round-up of three sci-fi viewing treats we think you should invest a little bit of your time in! Why not check out the other 4K ultra-HD TVs we have in stock here at Ebuyer.