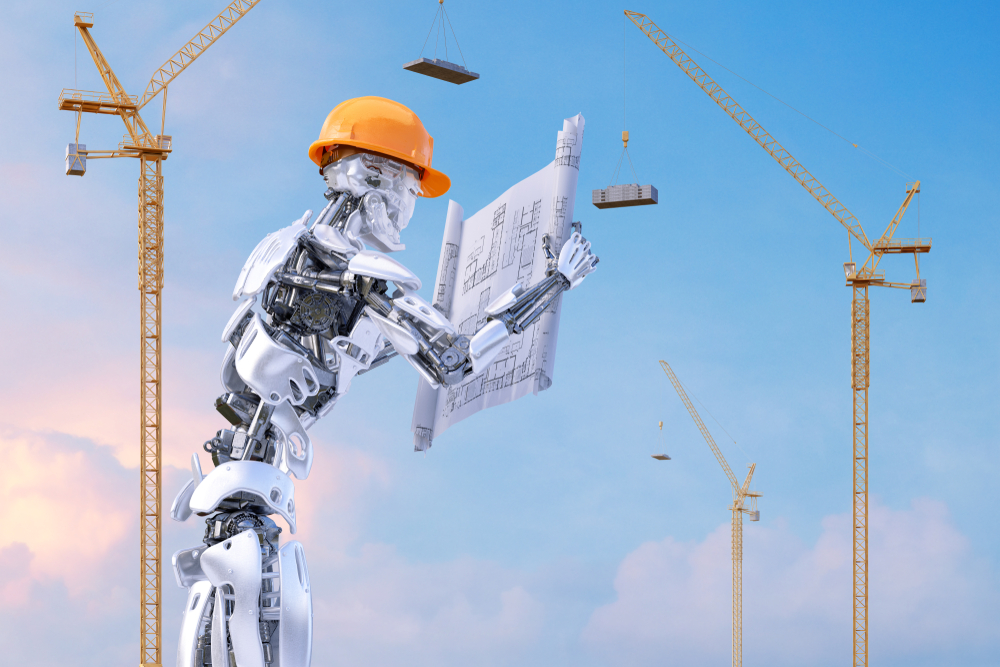 A house is being built by a robot, in what has been described as a UK first.

Instead of labourers, the three-bedroom house in Everingham, near Pocklington, East Yorkshire, is being built by a robotic bricklayer created by Construction Automation.

The company said it would increase productivity, build better quality houses and improve health and safety on sites.

But a union said automation “poses a serious threat to jobs”.

The robot may be impressive, but it still needs the services of a labourer to place all the bricks and mortar into the appropriate places for it to be able to function.

The machine started work on the home this week, laying the foundations to revolutionise the housebuilding sector.

The modern three-bedroom property in Everingham is being constructed from bricks and mortar and will be the UK’s first home built by a robot.

Instead of bricklayers, the house is being built by Pocklington-based Construction Automation’s Automatic Brick Laying Robot (ABLR) – technology that has been four years in development.

In a world first, the robot will lay all the bricks, blocks, and mortar. It is also the first machine of its type that can build around corners, meaning it can construct an entire house without stopping.

Construction Automation was formed in May 2016 by David Longbottom and Stuart Parkes.

David said: “The house will contain around 10,000 bricks and will take the ABLR about two weeks to build.

“It is the first house in the UK to be built by a robot, and possibly the first in the world.

“The ABLR comprises of the robot and a sophisticated software control system that reads digitised versions of architect’s plans.

“This instructs the robot exactly where to lay the blocks, bricks and mortar. It is controlled from a tablet and all the data about a specific build can be accessed remotely, making it very easy to assess progress on site at any time.”