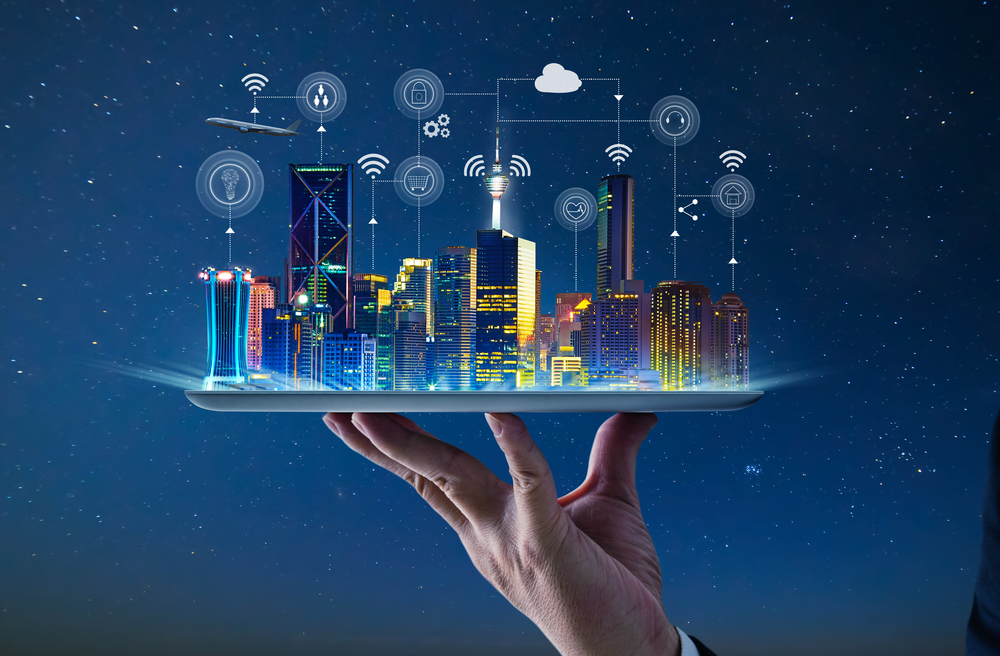 The word “smart” gets thrown around a lot these days. Smart speakers, smartphones, even smart lights. But what about smart cities? With many global populations living in cities, it is predicted that 66% of the whole world population will be living in cities by 2050. Some major cities in different countries have incorporated technology into their cities infrastructures in order to be more efficient. Several governments are using cellular and Low Power Wide Area (LPWAN) wireless technologies to connect and improve the convenience and quality of life for residents and visitors.

From using technology to monitor waste management, citizens using smartphones to house their ID’s and credentials, and traffic lights using smart technology features responding to real-time traffic, leading to reduced road congestion. The aim for any smart city is to optimise infrastructure, mobility, public services, and utilities – this is to collectively ease the increasing populations and to create a more environmentally sustainable place to live for its residents.

But is having vital information so readily available safe? What cities have adopted this new Smart way of living? We’re going to be taking a look at smart cities and how achievable they are.

The city of Helsinki in Finland is considered one of the best in Europe for implementing smart technology into its infrastructure. Helsinki has focused on sustainability for a long time and aims to be carbon neutral by 2035. Significant progress has already been made; in 2017, Helsinki’s emissions were 24% lower than in 1990, even though there were 150,000 more residents – something a lot of other westernised countries could only dream of achieving.

Incorporating technology with certain services has helped the city to be efficient and eco-friendly. Such as introducing platforms that enable citizens to buy mobility services as digital services, removing the need for urban car ownership. 5G data networks are expanding in Helsinki, offering new opportunities with “Internet of Things” (IoT) and smart mobility such as navigation of self-driving buses and networking sensors throughout the city, including air quality sensors. All of these features feed information into the same smart network, helping to improve resources for the city as a whole.

Incorporating smart technology helps to monitor energy consumption. It indicates when certain facilities are being used and by how many people – such as street lights. Helsinki is also currently trialling a waste disposal system where people dispose their rubbish to an underground air-tube system that sucks everything away at 70kmph to a central processing facility. This is to fulfil the aim for people to gain an extra hour of free time a day by doing away with the frustrating aspects of life, such as queueing, commuting and grocery shopping – and this seemingly includes ending the horrid pastime of “putting the bins out.”

Free Wi-Fi is also easily accessible throughout the city, allowing tourists and residents to seamlessly travel around, eliminating those irritating queues and stressful situations for tourists who can’t translate information.

Of course, places like Helsinki seem like a futuristic wonderland to most. And it begs the question, why aren’t we as a country aiming for a similar way of living? There are several concerns for safety with regards to smart cities, so how safe can they really be?

One of the biggest concerns surrounding modern technology is data theft. Obviously, it’s not just smart cities that use data, but most modern services use our data in some way, and there have been breaches in the past. Data privacy is of course a vital thing to consider when trying to create a fully functioning smart city because they rely so much on transferring data between facilities.

Obviously, a big concern regarding data security is if it ended up in the wrong hands. Hackers could potentially take control over a city’s internal infrastructure, causing havoc within the city. For example, abusing a self-driving public transport system could potentially put lives at risk. Data protection and encryption services are becoming more and more reliable all the time with the advancements in technology.

With companies developing genius ways of protecting data, Smart devices and people, it can be hard to keep pace with technology. Take Amazon’s “Sidewalk” for example. This is a new security measure which uses a small fraction of your home’s Wi-Fi bandwidth to pass wireless low-energy Bluetooth and 900MHz radio signals between compatible devices across far greater distances than Wi-Fi is capable of on its own. It’s basically a protocol that helps low-power devices, such as outdoor cameras or trackers, stay connected. What’s more, Sidewalk has 3 levels of encryption, so trying to hack the system is virtually impossible. This type of technology could eventually be incorporated into smart city systems to increase the safety of data and its citizens.

When it comes to collecting personal data, current smart cities deal with that as little as possible. To prevent someone from stealing a person’s identity, for example, a smart city doesn’t usually require sensitive data in order to function. smart city systems rely on collected data, rather than independent data, such as how many people use the bus system at a particular time of day or where congested traffic occurs.

Are Smart Cities the future?

Like it or not, technology is a large part of our lives, and will most likely be a huge part of our futures too. With populations growing and resources becoming more and more stretched, smart technology solutions could benefit us greatly in the long run. Smart cities are designed to be more energy and cost efficient as well as improving residents’ quality of life.

Smart cities are in many major countries already, such as Singapore, Helsinki, Copenhagen, and even London has incorporated smart devices and systems in order to improve the way they function. For example, Barcelona has made extensive use of sensors to help monitor and manage traffic. London also wanted to control congestion and make parking simpler for both residents and visitors and has integrated smart systems in order to achieve this.

There are still improvements to be made in regards to the security and adaptability of smart cities, however the positives could definitely outweigh the potential negatives of incorporating a smarter system within more of our cities. In our ever-changing world, its important to stay open minded to new things that can benefit us as a society, both now or in the future.