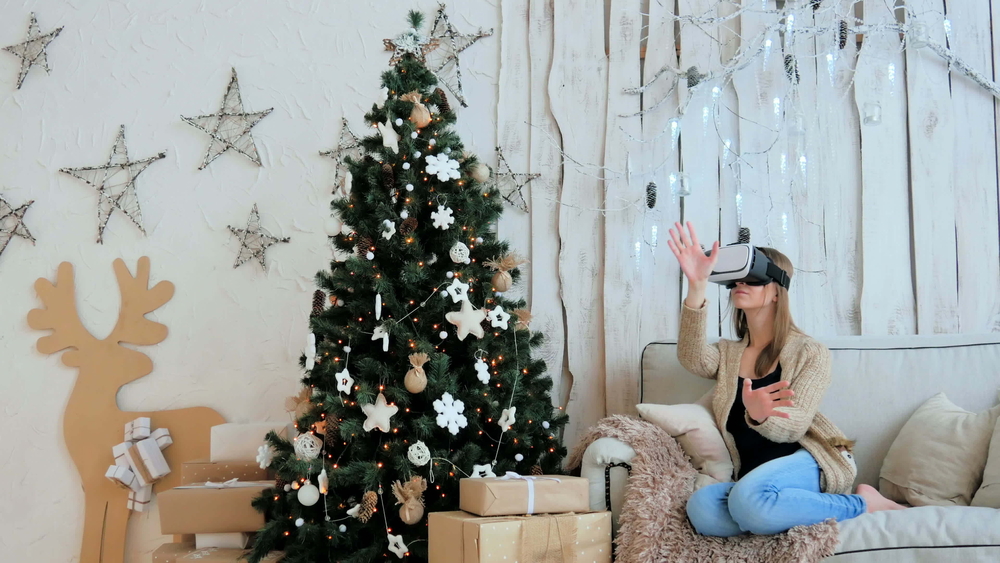 What Christmas will look like in the future is something we’ve probably all thought about. Will there still be a Doctor Who Christmas special? Will there still be crackers or will they be virtualised in a smartphone app? Will turkey still be turkey or will it have been replaced by a plant-based substitute?

Regardless of what the turkey looks like, there are sure to be quite a few change-ups. With tech like smart home devices and better routers for improved streaming floating about, you’re unlikely to get the family sat waiting round the TV while mum scans the TV guide for something watch. Why would you when you can jump on Netflix and stick a Christmas classic on!

With that in mind, we’re looking into some different Christmas Day traditions which are likely to change as the years roll by.

Presents under the tree

Cast your mind back to your youth, waking up at the crack of dawn and thunder down the stairs to see what Santa had left you in the night. Enjoying the nostalgia of those moments is one of the best feelings, however, it may look a lot different for your children.

For starters, the tree is likely to be different, most likely white artificial plastic or replaced entirely by an LED lightshow. As for what goes under it, one can only imagine how futuristic the tech will have become. We’re predicting the PlayStation 7, electronic colour-changing wallpaper and a robot dog which doubles as a hoverboard.

The mention of the plant-based substitute for turkey may actually become reality! With more and more people becoming vegan and the advancements in meat-free foods, you could well be seeing a plump, juicy turkey on your table which doesn’t actually feature any meat at all!

Plant-based bacon is already available, so those pigs in blankets you love will no doubt be vegan bacon wrapped around a delicious Quorn sausage. Oh and all this will be served by a robot butler of course.

As for the traditional cracker-pulling, this will no doubt be replaced by a smartphone app. We’ll let you imagine how that would work.

Long gone are the days of Jodie Whittaker. Doctor Who airs for another Christmas special, this time with the 17th Doctor Timothy Chalamet who has picked up the Sonic Screwdriver for a stint in the big blue box. His latest festive adventure takes him to London, where he has to track down an alien Santa who is attempting to plant PS7s in the homes of children in an attempt to achieve universal domination.

Next up on BBC 1 will be the Only Fools and Horses Xmas special where Delboy and Rodney appear in holographic form, then Gavin and Stacey which follows the story of baby Dave all grown up and finally Strictly Come Dancing which is still as bland as it is today.

Let’s play some games shall we?

Ah yes, what better way to round Christmas day off than with a family game of Monopoly, which more often than not leads to a bout of boxing. Although, we reckon that in the future the classic monopoly will be replaced virtual reality games!

Throw on a few VR headsets on and voila! You can meet up in virtual form and opt for a bit of adventuring through space or something a little more low-key like cruising around in the Batmobile. Either way, Christmas games in the future are going to look a whole lot different to they way they are now.

Prepare for the future with Ebuyer and grab some tech which will see you right for many years to come. No doubt we will continue to stock the latest and greatest tech as it’s released. But for the time being, why not get your hands on some truly fantastic piece of kit.

The best tech from 2020
The Ebuyer Knowledge Hub is now live!
To Top