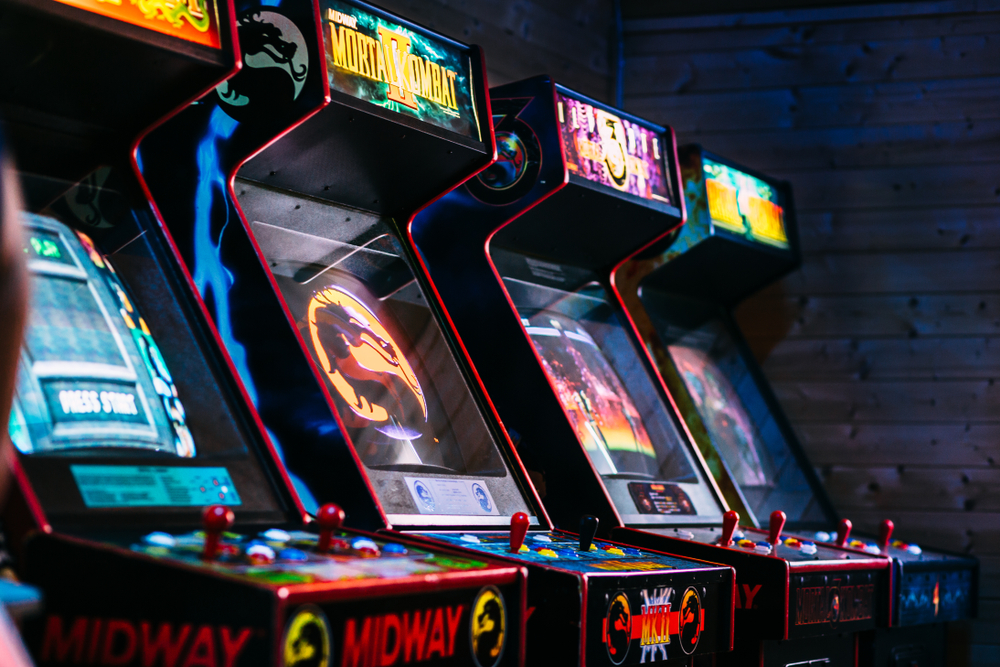 The gaming world is full of amazing interactive experiences, but now and again, don’t you just want to be transported back to a much simpler time when arcade games ruled? It’s amazing how much fun we got from those simple 8-bit and 16-bit titles and you know what? They’re becoming more and more popular today, just like other golden greats – vinyl records, CDs and cassette recorders.

We’ve picked a few of our classic retro game favourites. You can buy these today, so why not sample the delights of the 1970s, 80s and beyond. You won’t be disappointed!

Mario and Luigi are called back into action when Bowser and his kids turn the kings of the Mushroom World into animals and steal their royal magic wands.

The acclaimed Super Mario Bros. 3 features more Mario action than ever before: fly as Raccoon Mario, swim as Frog Mario, throw fireballs as Fire Mario, and turn into an invincible statue as Tanooki Mario! And you’ll need all the powers you can muster, to beat Bowser’s offspring lurking in their heavily-armed airships.

With eight huge worlds to navigate, countless secrets to discover and even a cooperative or competitive two-player mode, Super Mario Bros. 3 truly deserves its status as one of the greatest games ever made.

It’s weird to think that a game which is basically the best way to successfully arrange a group of coloured blocks was at its best when it was played on a machine only capable of displaying four shades of greenish-grey! This addictive game was the perfect family favourite.

Super Mario Kart is a racing game for the Super Nintendo Entertainment System, which was first released in 1992 and re-released in 1996 as a Player’s Choice title. Unlike other racing games at the time, which focused on single player pure racing with more complicated tracks, Super Mario Kart had a development focused on two players and was designed to be an easy and intuitive “pick up and play” experience that heavily involves the use of acquiring weapons on an obstacle course-like track to impede another player’s progress. We’d like to see Lewis Hamilton on this track!

Sonic the Hedgehog 2 is a 1992 platform game developed and published by Sega for the Sega Genesis. It is the second main entry in the Sonic the Hedgehog series, and introduced Sonic’s sidekick, Miles “Tails” Prower, controllable by a second player. In the story, Sonic and Tails must stop series antagonist Dr. Ivo Robotnik from stealing the Chaos Emeralds to power his space station, the Death Egg. This fabulous adventure was one of the finest two-player games of the 16-bit era and is a classic.

You know you remember Donkey Kong! Not the one from Donkey Kong Country though, but the old school Donkey Kong who kidnapped the princess and did battle with Mario. This is the remake of the original Donkey Kong arcade game. You can only play the first board in this version of Donkey Kong, but it is fun nonetheless! You play the role as Mario and you must navigate up the ladders to rescue the princess. As you make the climb, Donkey Kong will be tossing barrels at you so you will have to be quick and jump over them to avoid a game over. The tough part is judging when to climb a ladder and when to wait. Barrels don’t necessarily fall down ladders so watch out!

As if this isn’t hard enough, Donkey Kong will toss a metal barrel at the beginning that ignites a flame man who will slowly pursue you from behind. The closer you get to Donkey Kong, the harder it will be as the barrels will be coming in waves at that point. It’s enough to give you sleepless nights!

Space Invaders is a 1978 arcade game created by Tomohiro Nishikado. It was manufactured and sold by Taito in Japan, and licensed in the United States by the Midway division of Bally. Within the shooter genre, Space Invaders was the first fixed shooter and set the template for the shoot ’em up genre. The goal is to defeat wave after wave of descending aliens with a horizontally moving laser to earn as many points as possible. Happy days playing this down the local boozer!

Atari’s take on table tennis brought the medium into the mainstream. It involves two dials, two bats, one ball, and an electronic beep every time the ball is hit, which caused millions of headaches around the world. Absolutely brilliant and timeless – and perfect for those who don’t have the patience to play anything you have to learn.

If you’re looking for the best gaming PCs and equipment, click here to see our huge ranges.