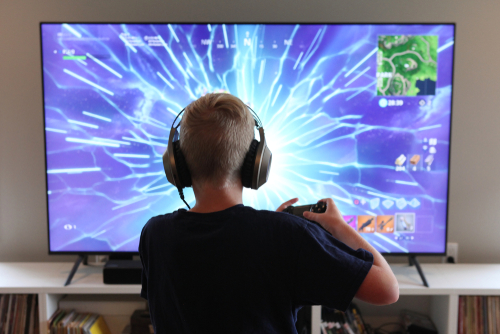 Crash Bandicoot 4: It’s About Time, Deathloop, and Final Fantasy VII Remake Intergrade were just some of the highly-anticipated games part of the pre-recorded presentation.

But it’s fair to say fans of franchises like Horizon Forbidden West and God of War: Ragnarok were left wanting more, reports the BBC.

APRIL 6th: The latest Oddworld adventure, Oddworld Soulstorm, will release for both PS4 and PS5, as well as Epic Games Store for PC.
There was news for PS5 players signed up to Sony’s PlayStation Plus subscription service too – the PS5 versions will be available at no extra cost from release day until 3 May 2021.

Absolver developer SloClap unveiled the stylish brawler Sifu, a brand new, third-person martial-arts game that features “intense hand-to-hand combat” as it follows the life of a Kung-Fu student on a path of revenge. Sounds fabulous!

Fans got a fresh look at Dishonored developer Arkane’s upcoming first-person shooter Deathloop and a sneak peek at the next terrifying Five Nights at Freddy’s adventure, Security Breach.

Though no firm release date was offered, the horror game looks set to release on PS4 and PS5 later this year.

There was also fresh footage from Solar Ash, Returnal, Knockout City – a new, colourful team-based dodgeball game published by Electronic Arts – and the charming Kena Bridge of Spirits, too.

Anyone hoping to find out more about games like Horizon Forbidden West and God of War: Ragnarok will need to hang in there.

The absence of any news on their development will leave fans anxiously waiting to find out if they’ll be released in 2021 as planned – titles like Gran Turismo 7 and Hogwarts Legacy have already been delayed.

Sony regularly releases State of Play livestreams throughout the year, but fans are now left waiting until the industry’s annual video game conference E3 for updates. Still, it’s going to be an exciting year for games…

Gamers on the giant screen
NFT sells for millions… But is it art?!
To Top