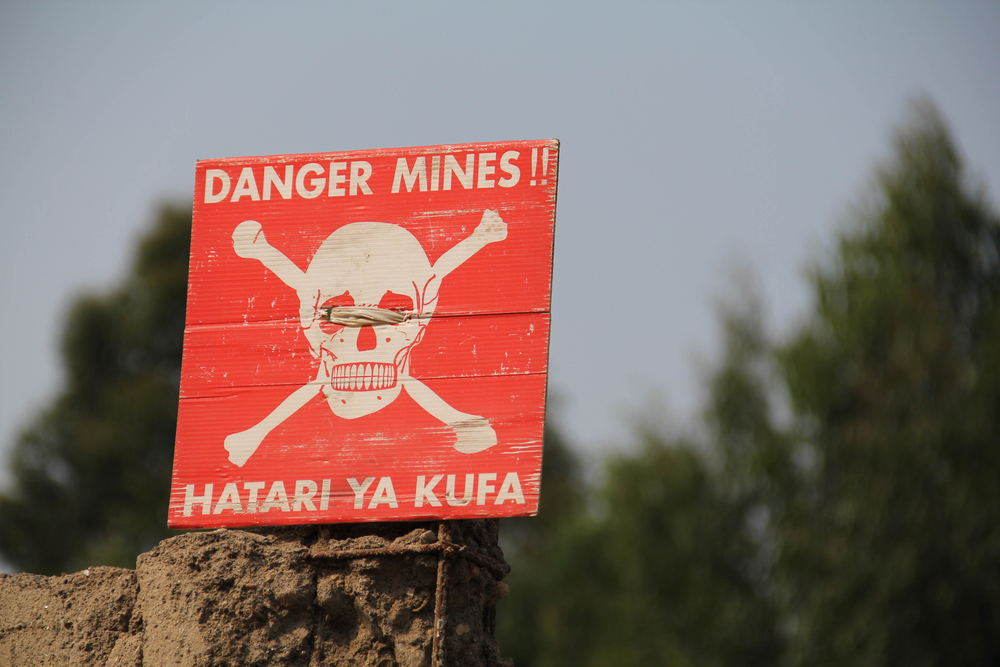 Bees can be trained to sense the chemicals in landmines. Yeah, it sounds like something Donald Trump would call ‘fake news’ – but it isn’t!

Bees really can pick up the scent of explosives with their antennae, say researchers who have spent years perfecting how to use bees as landmine locators. It sounds like the perfect way to locate all those landmines spread around the globe. But you guessed it, there is a slight problem.

It’s almost impossible to track where bees go, and obviously if you chase a bee across a minefield you’re asking for trouble!

Drones do their stuff

A team from Bosnia and Herzegovina and Croatia have come up with a way of using drones to monitor the bees while they work. They film the bees while they are going about their business and use computers to reveal where the landmines are after monitoring their behaviour.

Thousands of landmines were planted during the Balkans war of the 1990s and many lay undiscovered. Official figures estimate that there are around 400,000 landmines still unaccounted for in Bosnia and Herzegovina and Croatia combined.

Vladimir Risojević from the University of Banja Luka in Bosnia and Herzegovina told the BBC, “We wanted to try to exclude humans from potential danger… and try to use drones.”

Drones have also been in the news recently as scientists believe they have an important role to play in climate change. And even car manufacturers are experimenting with them…

But how do they train the bees?

Bees are trained in landmine detection as they get the bees to associate the smell of TNT with food – basically a sugar solution, so they attracted to the landmines. Research has revealed that the bees cluster in places where landmines are buried, in the hope of finding a tasty treat!

A fake site was constructed using defused mines to test out the technology, with a series of drones criss-crossing the site, filming the mine-seeking bees. A machine-learning algorithm was then used, which follows the movement of bees on screen. The footage is then analysed to show where the bees clustered.

Team-work is the buzzword

Experts believe that this method could be used in conjunction with handheld metal-detectors which use built-in ground-penetrating radar. But, it’s always going to difficult to know for certain if every single landmine has been removed from a specific area. However, bees and drones could then check afterwards for any landmines which have been missed.

But, of course, there is always a sting-in-the-tale with a problem like this, as often there are more issues than just unexploded mines. Political wrangling and funding issue means that projects can stall, no matter what technologies are available. Another downside is that landmines are continually being planted today in war-torn countries such as Yemen.

Check out our drones and other top tech here…

NASA to fly helicopter on Mars next month!
Drone World Record set in Shanghai
To Top