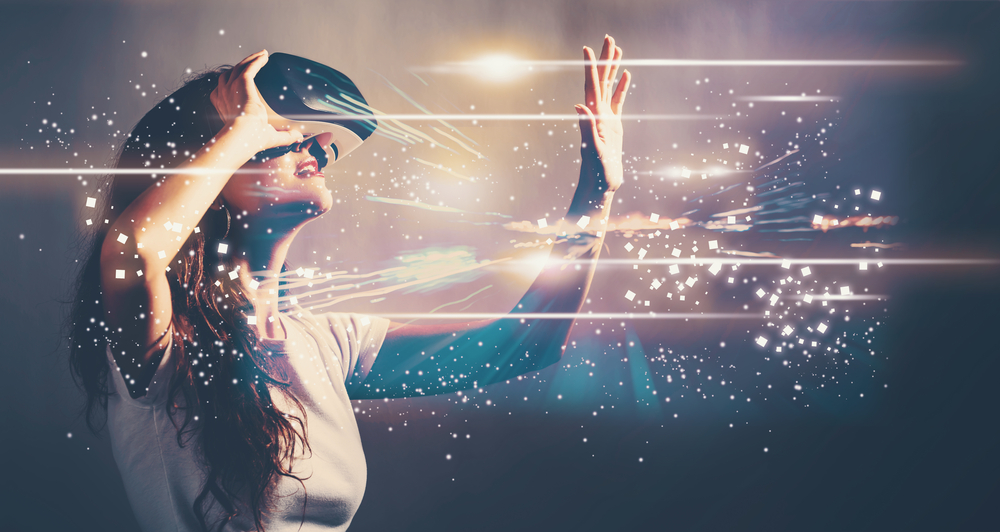 Facebook is developing a wrist sensor that will allow you to type on ANY surface simply by tapping on it, and click by physically snapping your fingers. All you need is a work surface to type onto, and your writing will appear on your screen. Sounds like something from a science-fiction movie – but it’s not far away! The mailonline suggests that your keyboard and mouse will soon be a thing of the past.

The social media giant said the device – which hasn’t been named yet – will be able to control its augmented reality (AR) glasses, which are currently in development and expected to be launched this year. Wearers of the wrist band would be able to interact with the virtual world through finger movements, the company said in a blog post on the new technology.

What’s the difference between AR AND VR?

Both Virtual and Augmented realities are forms of Extended Reality (XR). The main difference between them is the level of immersion that the technology allows. VR puts the user in a fully immersive digital world that is outside of their real-life reality. For example, in VR, you could feel like you’re climbing a mountain while you’re safely at home.

AR, on the other hand, superimposes virtual objects onto a known, existing environment.

While VR requires a headset, AR can be used with smartphones or tablets, heads-up displays or AR glasses to overlay digital elements onto your real life view. Essentially, VR replaces your reality and transports you virtually to a new environment, whereas AR adds digital elements to the world you’re already in. For example, in the Pokemon Go app, the characters seem to appear in real world scenarios.

The device, currently without a brand name, is a big step forward for Facebook, in what is expected to become a hotly contested market for augmented reality devices. All the major tech giants, including Apple, Amazon and Google, are rumoured to be working on their own augmented reality systems.

Experts believe ‘smart glasses’ will eventually replace the functionality of mobile phones altogether, and this haptic wrist sensor is a step in that direction. Facebook previously said that smart glasses would need to rely on devices like phones for the foreseeable future in order to be usable. It said this was due to constraints like battery life, processing power, and the heat generated by processing that information.

A wristband would be able to serve as a platform for computing and supporting such functions, with the glasses simply acting as a display.

“We’re developing natural, intuitive ways to interact with always-available AR glasses because we believe this will transform the way we connect with people near and far,” according to Facebook.

“Imagine being able to teleport anywhere in the world to have shared experiences with the people who matter most in your life – no matter where they happen to be,” says Andrew Bosworth, who leads the AR team at Facebook. “That’s the promise of AR glasses. It’s a fusion of the real world and the virtual world in a way that fundamentally enhances daily life for the better.”

Rather than dragging our attention to the periphery in the palm of our hand like our mobile phones, AR glasses will see the world exactly as we see it, the firm said. It would do so by “placing people at the centre of the computing experience for the first time and bringing the digital world to us in three dimensions to help us communicate, navigate, learn, share, and take action in the world.”

Check out our VR range here. And our keyboards and mice!

Twitch is here to stay…
What is the NVIDIA Shield and what does it do?
To Top