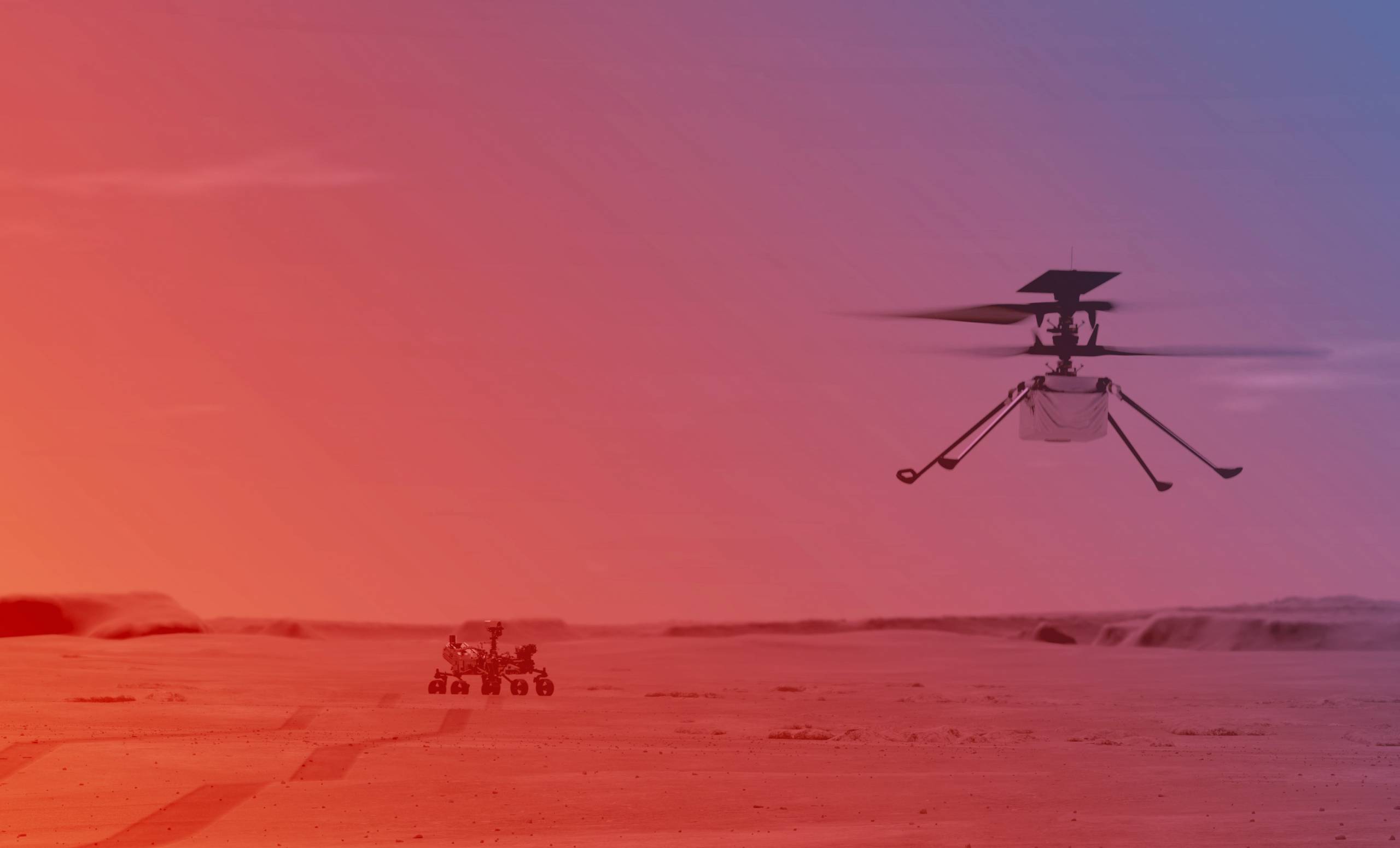 Here at Ebuyer we occasionally blog about NASA. That’s because we have ‘space eyes’. We love looking over the space agency’s record as pioneers in the field of cosmic exploration, because it’s massive human achievement and a chance to take in some really cool cutting-edge tech. Okay it’s not Star Trek – but that sort of thing will happen one day, and we (for we, read NASA) are making those incredible steps on the way to that level of non-terrestrial capability. For instance, next month NASA will be flying a helicopter on Mars.

The US space agency has announced that it will launch the first helicopter on Mars in early April. The Perseverance rover, which landed on the red planet just over a month ago, carried the chopper the 35 million miles from home.

Called Ingenuity, the twin-rotor craft is set to try a few test journeys across the terrain of the planet. Scientists are hoping to discover much more about the very thin atmosphere of Mars and how it differs from that of Earth, as well as establishing how technology might behave.

If the 1.8kg craft is successful in its mission, NASA says it would be of a “Wright Brothers moment”. Orville and Wilbur Wright were pioneers of human flight. In 1903 they conducted a historic first ever flight of an aircraft which was heavier than air. The consequences of their pioneering spirit have, of course, changed the direction of human history. In poignant tribute to their feat, NASA has attached a small piece of fabric from a wing of the brothers’ plane to the ‘copter. The postage stamp sized piece of their craft is taped just under Ingenuity’s solar panel.

Ingenuity features four bespoke carbon-fibre blades which spin at around 2,400 revolutions per minute – much faster than they’d rotate on a helicopter on Earth. There are only a handful of short flights planned, and these are obviously the very first steps in the long journey to supporting future interplanetary human missions with aerial capabilities.

Perseverance will endeavour to record everything Ingenuity does on camera. NASA engineer Farah Alibay said: “We’re going to be taking images, and we’re hoping to take video” – so here at Ebuyer we’ll be keeping our ‘space eyes’ peeled on the space agency’s website in April – and we’ll probably blog about it!

While Ebuyer (at the moment) doesn’t have anything quite as technologically advanced as the Ingenuity in stock, we offer a small selection of drones. Currently in stock are the DJI Mavic Mini Drone and the DJI Inspire 2. As ever, if you intend to purchase it’s a really smart idea tpo also check that you / your intentions are in line with current Government regulations on drone flying.

The mini drone is a great example of that old saying ‘small but perfectly formed’, as it’s within the lowest and safest weight class of drones, but has up to 4 km HD video transmission and a simplified recording and editing facility.

The DJI Inspire 2 is an impressive craft capable of recording video in 6K resolution. It goes from 0 to 50 mph in just 5 seconds and can reach a maximum speed of 58 mph. A dual battery system prolongs flight time to a maximum of 27 minutes, while self-heating technology allows it to fly even in low temperatures.

Maybe we should give NASA a call?!