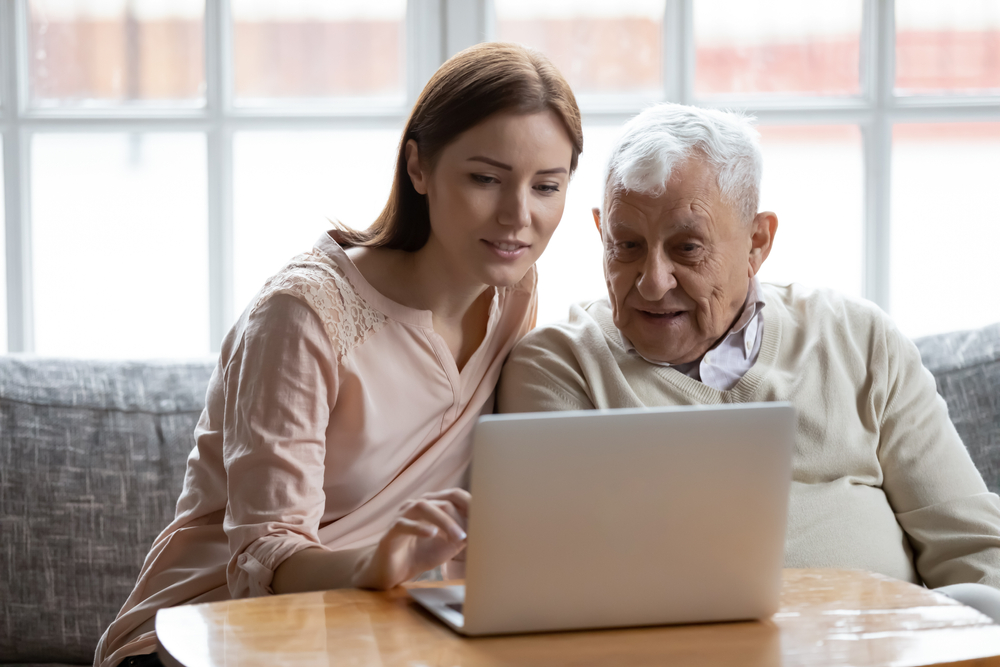 In the fast-paced modern world it’s sometimes difficult not to feel left behind – especially when it comes to tech.

Nothing ever stays the same – and perhaps a large part of the human condition is the struggle to cope with the pace at which life changes. It’s that idea that you sink or you swim, perhaps? Over the last couple of decades keeping abreast of the latest advances in technology, for example, has been quite challenging. Exciting – but challenging. We’re all ‘in it’ and participating somehow (that’s unavoidable in the modern world) and the technology develops every day. But with regards to that tech, who feels left behind?

It’s only, really, twenty years since mobile phones started to become relatively commonplace – and look now at how much influence they have had on the way we interact and go about our daily lives. Similarly, the rise of the internet has changed the world forever. There’s no rolling it back. The genie is well and truly out of the bottle. But it can be quite hard to adjust to a completely new way of being when there are decades (or, if you’re taking an even more holistic view) centuries of learning ingrained in our culture.

In terms of technology, however, for most ‘ordinary’ people it’s not necessary to sit right at the cutting edge. No-one would ever suggest that every time there is an improvement or an advance in (say) the capability of TVs that your old one is now defunct and you should immediately rush out and buy a new model. Of course, if you are a keen TV watcher, or love films more than anything else, then you might actually want to keep yourself positioned on the cutting edge. It’s mostly a matter of personal choice, in a consumer society.

Tech changes all the time

Generally speaking, technology changes all of the time – or, rather, it develops all of the time. It gets better, year on year, and that improvement, that rate of development, increases exponentially. It’s faster now than it was five years ago, and in ten years from now it’ll be rocket-paced compared to now. So, as we said just a few lines ago, as technology becomes more and more a central part of our lives, it’s getting harder and harder to not feel increasingly left behind by it.

Brand new YouGov research across 17 markets illustrates just how many consumers of technology already feel left behind by it. Approximately one third of people in the UK who took part in the research revealed that they feel they can’t keep up with the changes in the tech world. If that is exploded out to be representative of the whole of society, that’s a massive number of people who feel themselves to be ‘behind the curve’.

But what drives that feeling? Is it the speed of change – leaving people confused by a whirlwind – or are there other factors? Of course, tech costs money. So affordability and (yes, let’s use the word) poverty are, perhaps, quite important drivers in any actual ‘lag behind’ the rest of society in terms of tech. As we dive deeper into the 21st-century, hopefully governments are focused on addressing those problems (both the lag and poverty itself).

In Mexico, the feeling of being ‘left behind’ is even more pronounced. An astounding 45% of adults feel that they can’t keep up with the pace of change in consumer tech. Similarly India at 44%, and 43% in the UAE (United Arab Emirates). In the ‘more civilised’ (or affluent) western world the figure is much lower, but it’s still quite high as a proportion: Germany (29%), the UK (26%) and America (26%).

‘On the ground’ as it were, here at Ebuyer we like to be forward-facing and we like to be positive about things. So how do we cope with the advances in technology, and how do we pass that on to you?

In terms of general changes and developments, our staff all tend to keep a keen eye on tech news – whether that’s gaming computer powerhouses such as AlphaSync, or game developers, or TV manufacturers, or VR experts or whoever. Anything and everything. We soak that in and try to pass it on to you in the form of a huge and carefully chosen array of products for our website, and always along different price points so that no-one is left behind for financial reasons.

And we also try to pass on our embrace of change by publishing regular articles here on our blog or at our Knowledge Hub where you’ll find loads of long-form writing delving into the world of tech, which will help you feel at ease with it all.

Explained!: Micro PC and mini PC…
Can I use my TV as a monitor?
To Top