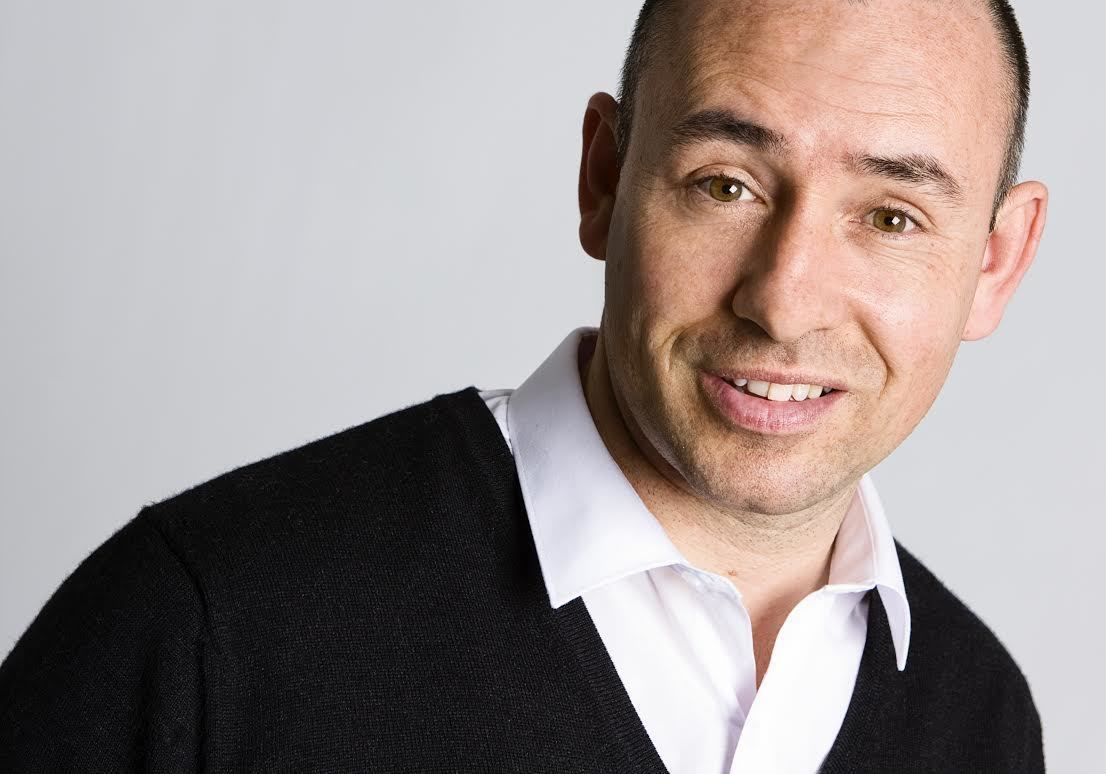 Mike McClean worked as presenter of The Big Breakfast on Channel4 and also as the roving reporter on The Richard & Judy Show. As an actor he’s had roles in Shameless, My Big Fat Diary, The Office Xmas Special and lots more. As a performer, he is one of the world’s leading comedy mindreaders and in 2019 he performed in 27 different countries. But apart from that what has he done? Exactly!

We asked Mike how he uses tech. “I use tech for my showreel, editing and social media. For the opening of my stand-up show I felt that having a funny video intro would warm up the audience before I walked on stage. So I made a video with my kids and in it I pretend to face-time them when they are both moaning about me, which gets a laugh. For my editing I use an Apple MacBook Pro with Touch Bar Core i7 16GB 512GB SSD 16″ Radeon Pro. The retina display is fantastic, the power is outstanding and it’s great for producing high-quality graphics.

What video editing software do you use? Mike says he’s a massive fan of Final Cut Pro. “It’s great to use and you can also buy some good plug-ins which can make your opening stand out. It can be a little complicated so if you’d rather go for something a bit easier, then I recommend Apple’s iMovie. This is still good, and you can make all sorts of promos and showreels. And YouTube has some great tutorials on editing!”

Do you edit your own acting showreel? “Yes, I like to have complete control, which is not to say that I don’t seek (and listen to) advice,” says Mike, who has worked with some award-winning editors from the world of television. “They’ve shown me some great tricks of the trade. Knowing how things look good and what goes with what is the key. And let’s not forget how crucial music is when creating the right feel to your work.”

You perform a comedy act all over the world. Can you give us a couple of examples of your one-liners? “Yeah, how about these,” he says…

“I recently bought a laptop and it said use a strong password with 8 characters – so I chose Snow White & the Seven Dwarfs!”

“I met my wife at the Arsonists annual ball. We got on like a house on fire!”

“I’ve just moved to Scotland from Southampton, cos my parents are very ill… and I didn’t want to be near them!”

OK, back to tech. What tech do you use generally? “Well, I have a second laptop which I use mainly for writing, but it’s a versatile machine, light and portable, yet does everything I want. It’s the ASUS VivoBook D413IA, which I also think is great value. I use it as a back-up really.

Tech for the kids

My two boys are at school and I got them both a Lenovo V14 Ryzen 3 because you get a lot for your money. Amazingly, both of them are really happy – and if you know any teenagers, you’ll know how difficult they are to please! They’re both into gaming, and they’re just getting into it in a big way – both asking for gaming keyboards and top-of-the-range headsets etc. My eldest got some birthday money and bought an ASUS TUF GAMING M3 RGB Optical Gaming Mouse – the same as a couple of his mates, and they reckon it’s ‘sick’!”

8 tech flops which lasted longer than the ESL
To Top