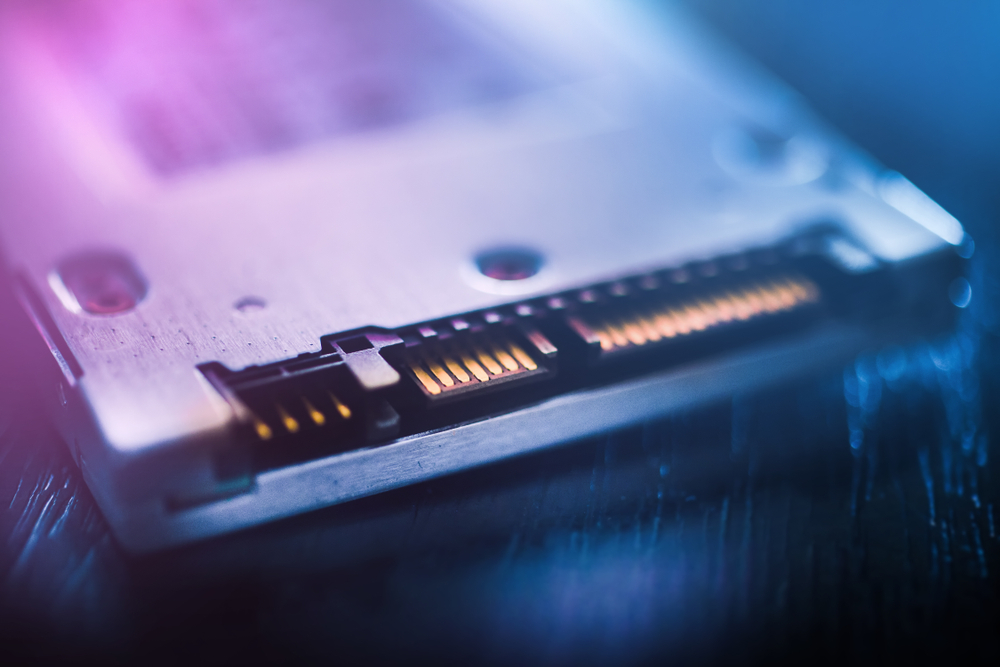 So what does SSD stand for, and what does that mean?

SSD is an acronym of Solid State Drive. In brief, and in simple terms, SSDs are hard drives which don’t use physically moving parts. SSDs rely on flash memory instead, which is memory created by semiconductors joined by integrated circuits (ICs). SSDs operate in a similar way to RAM or flash memory though they have a much larger capacity.

The immediate benefit of not using physically moving parts is that the flash memory of an SDD is much quicker to read and write than it is for a ‘standard’ HDD. In fact, an SSDs access speeds are so fast (anywhere between 35 to 100 microseconds, which is approximately 100 times quicker than a ‘normal’ HDD) that programs will be able to run much more quickly and therefore, in theory, much more efficiently.

Programs which rely on rapid access to large amounts of data to run well (such as your computer’s operating system) will benefit greatly from the installation of an SSD.

Because an SSD doesn’t contain moving parts, it uses less power than an HDD and is less likely to overheat or be adversely affected by magnetism (common problems with HDDs). Also, because there is no physical disc on which the information is ‘recorded’, SSDs can be much smaller than standard HDDs. This means they’re the ideal choice for manufacturers of laptops or small form factor PCs.

So an SSD is WAY better than an HDD?

Well, reading back what we’ve just said you’d think so, wouldn’t you? Of course, SSDs now feature much more prominently in the computing world, with use of them having increased dramatically over the last few years. But, of course, there are still benefits to HDDs. We’ll take a brief look here…

On an HDD your data is written on the surface of a platter using magnetism to store the information. A read-write head is positioned above the platter, which spins, and that head magnetically reads or writes data. You can imagine it as a bit like a record player, if you like (though the head doesn’t physically touch the disc). HDDs are still the cheapest way to buy larger amounts of storage for your system (or when you are building a new PC).

But there’s no getting away from the fact that an SSD offers a more efficient piece of kit in terms of performance and form factor. Some systems actually utilise a ‘hybrid’ – that is to say, some systems have both HDD and SSD components. The HDD is used for the majority of files and applications, with the SSD ‘holding’ the OS. The major benefit of this hybrid approach is that you’ll get super-fast boot-up and load times.

And, of course, there are external versions of SSDs available too.

A round-up of reasons to go SSD

• Capacity. SSDs are available with large capacities, check our website!

• Quietness. SSDs have no moving parts so they have the distinct advantage over HDDs of being virtually silent.

• Form factor. SSDs are generally smaller than HDDs so they are really suitable for efficient builds of desktop PCs, or in trim and cool laptops.

Hopefully this blog has given you something of an overview of what an SSD is and how it can benefit your system. Check out the selection available at our website.

A buyer’s guide: What are 2-in-1 laptops?
A Quick Guide to Graphics Cards in PCs
To Top