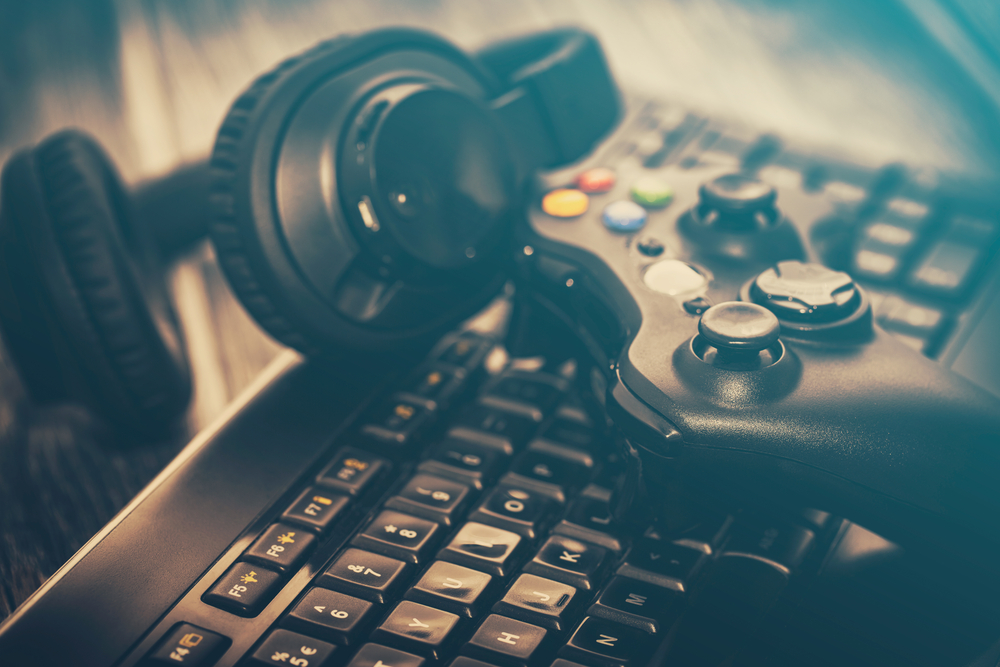 Sometimes when you’re gaming it’s better to use a keyboard and mouse combo than a console’s official controller. In some instances it can depend on your personal preference or on the game itself – and, of course, on the console. But if that’s the way you need to go then how do you know which keyboard is the right choice to make for your gaming set-up?

Easy… Ebuyer will let you know in this article! We’ll talk a whole lot about the reasoning behind going for a peripherals set-up rather than a standard console controller, and then we’ll look at some great gaming keyboard options.

An introductory bit about gaming and gaming consoles

We’ve blogged about gaming on several occasions before, and the history of computer games is pretty interesting. The way that this particular pursuit has exploded over the years is incredible. From the rudimentary games of the 1970s and early 1980s, through 1990s classics like Sonic The Hedgehog and on to today’s high-octane titles, gaming has never stood still.

Gaming consoles have been a popular fixture in households across the globe for a few decades now. Initially these devices were very ‘self contained’ in terms of the way users could physically interact with them. They would have specific controllers and you couldn’t use anything else. These early controllers were relatively basic and were designed to control one or two simple elements rather than multitask in the expansive game worlds of the 21st-century.

Early PC peripherals – keyboard and mouse – were pretty basic and weren’t designed for much more than being ‘type and click’ devices. But as gaming technology has advanced, so has the stuff you think of as ‘basic’. There is now the possibility to ‘plug in’ keyboard and mouse to those to control your gameplay. An ‘argument’ that has gone on for many of those years is whether traditional controllers are better than a keyboard and mouse set-up for gameplay control. So perhaps we should answer a very important question.

Why would I use a keyboard with my console?

You could be looking to compete on a console with your most comfortable control option. Or you could be looking to get an advantage over your online opponents who might be playing against you using only a basic controller. More and more games (eg. Several esports, plus Fortnite and Call Of Duty and so on) support cross-platform play, so the whole ‘controller or keyboard’ debate is becoming increasingly relevant.

After all, every little bit of possible gain over your opponents is going to help you maximise your win potential – and the keyboard and mouse combo might be the way to play to get the edge you need. Either way, it can be a realistic option these days.

The layout of a controller – no matter how ‘convenient’ or ‘streamlined’ the console manufacturers make it – is a little bit limited by its very nature. It can be quite difficult to press several different buttons together or in rapid succession. So, as a consequence, you might not be able to progress much further than getting the basics mastered. Performing more convoluted inputs to come up with more complex moves on screen is not that easy. With a keyboard and mouse combo there can be quite an improvement!

Customisation is a big part of this advantage. With keyboards you can choose the hot-keys you prefer, as well as set macros. These are similar to hot-keys, but instead of just setting up standard buttons, you can customise with multiple actions. So, obviously, if you press one button to accomplish two different but sequential actions, you’re going to be gaming much faster and more successfully.

Almost every console on the market these days has a plethora of connection ports and possible accessories available so that you can strive for better, more efficient, gameplay. Before get to the point where you can achieve ‘better’, though, you have to master the keyboard and mouse way of doing things.

Keyboard and mouse: Better once you’ve mastered them

Some gamers are ultra-loyal to console controllers (and there are definitely some games out there which you’d be crazy to try playing with a keyboard). But there are other titles which benefit from the increased accuracy possible with a keyboard and mouse.

A typical console controller will have around 20 – 25 different possible inputs – but a keyboard and mouse combo can have around 75 or even 100. So already that’s a lot more functionality and nuance built in to the control of your gameplay, and it can be a bit of a learning curve to get to the point where you’re confident with it.

In most competitive games, accuracy is of paramount importance. Split-second decisions – and movements – make the difference between winning and losing. This is particularly the case when it comes to taking aim.

So the major reason why you might want to use a mouse and keyboard during your gaming sessions is because of their precision. In simple terms, a mouse has much more freedom of movement over a controller joystick / thumbstick so, theoretically, you will have so much more control over your aim.

A controller operates mostly via the thumbstick (the clue is in the name, you operate it with your thumb). This allows you to control your aim in any direction. You move your aim towards your in-game target, and you have to make a series of subtle pushes on the thumbstick to get closer to the target.

When you move using a mouse, you have much more accurate control of your aim and can freely move it anywhere without any restrictions. On a controller, you’re forced to readjust your angle or push in a direction to move your aim.

Playing games with a mouse for the first time will be a slightly odd experience if you’re totally used to gaming with a controller, and getting the perfect aim may take hundred of hours to master. But a mouse and keyboard combo can be far superior to a controller, if you have the luxury of taking the time to learn.

Okay, nothing in life goes without a hitch, or a caveat or some small print. Here’s a couple of ours in relation to the idea of using traditional peripherals with a console for gaming, rather than the supplied controller.

You should note that not all keyboards are compatible with consoles. And, in some cases where the keyboard is compatible, using one for gaming might be considered something of a ‘no no’ by the gaming community – and, in fact, some games will ban you from (or for!) using them.

Okay, so now you’ve had a bit of a lowdown, we’re going to pick out a handful of the impressive gaming keyboards we stock at Ebuyer. Each of them has an array of impressive features, so we’ve picked out a feature of each that we’re particularly keen on. You’ll have your own preferences and ‘boxes to be ticked’ so be sure to check through the specs on the range of gaming keyboards available at our website.

This one is a great value mechanical gaming keyboard built to last. Equipped with a lightweight durable aluminum frame and CHERRY MX Silent keys, it boasts the reliability and accuracy you demand with up to 30% less noise.

This one has been crafted for FPS gamers. After studying the play style of FPS gamers, the ROG R&D team created Xccurate Design. That means a Ctrl key which is twice as wide as usual. In the heat of battle, the larger size makes it easy to quickly find and hit.

The extremely steady Gaming Base right under the space bar of this keyboard provides increased support, and improves anti-slip performance during those intense gaming sessions.

The Cynosa is fully programmable for custom profiles, key bindings, and macros so you can execute gameplay in a much more efficient way. Tweak the keyboard to suit your playstyle by creating and saving unique profiles and macros.

The award-winning Vulcan is re-imagined in a tenkeyless form factor and taken to another level with the introduction of ROCCAT’s Titan Switch Optical. The new switch is a marvel in optical engineering, actuating at the speed of light for an unprecedented new level of responsiveness! That’ll up your game!

Of course, Ebuyer stocks a wide range of other peripherals, plus loads of other tech. If you’re not bothered about console gaming but fancy a cutting-edge gaming PC check out the AlphaSync range, exclusive to Ebuyer. Why not check out the website, bag yourself something new and increase your win potential!

Hard Drive vs SSD
To Top