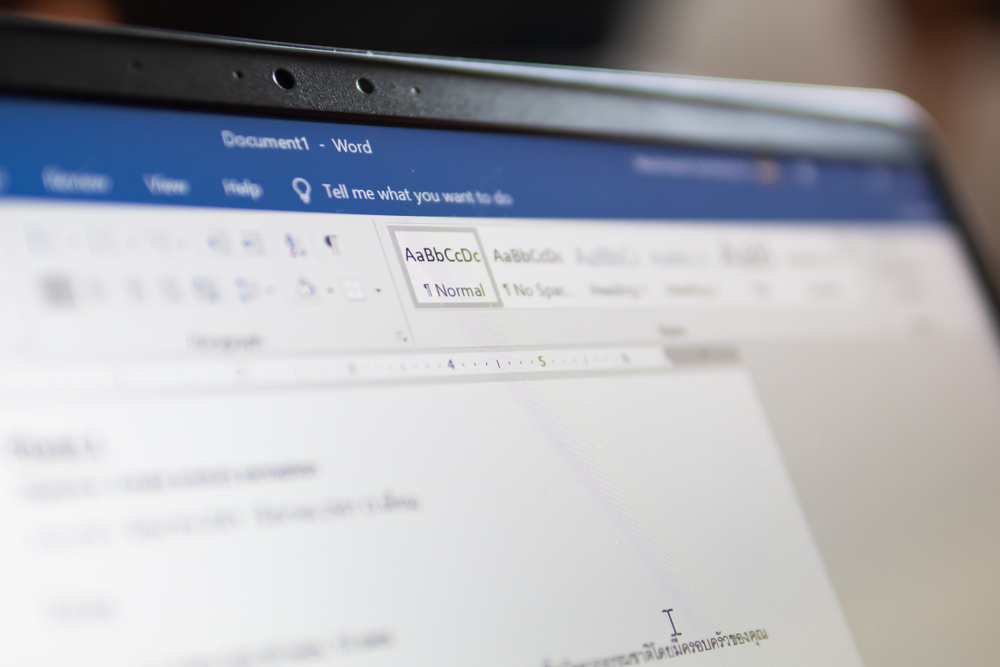 It’s no real surprise, seeing as most computers sold around the world in the last thirty years have run a Microsoft operating system, that the iconic computer giant’s program – Word – has long been a gold standard in word processing packages.

Word is a program which ‘changed the game’ for many people regarding computers. In some ways you could even argue that it was a motivation for many (particularly professionals) to invest in computers. We’re probably all familiar with it and have used it at one time or another – whether that be in the workplace or during studies at school, college and university, or even at home for household admin and letter writing.

You will almost certainly have been using Word for many years now, almost ‘without thinking’, and taking the many features of the versatile and capable program for granted in some ways. However, the 21st-century so far has shown us that change is inevitable in most areas, particularly technology, and so Word is now rivalled to some degree – most notably by Google Docs. Of course, Docs is not quite as ‘developed’ as Word – it hasn’t, after all, had those three decades of tweaking nor all those years of public familiarity. But it does have some major strengths and advantages.

Let’s take a look at what both programs can do.

Microsoft Word: What does it do?

The first version of Word was developed by Microsoft in 1981, though the first version within the Windows operating system wasn’t released until 1989. From that relatively humble start in the ‘early days’ of home computing through the wider consumer launch and right up to the latest version as part of MS 365, Microsoft has added different tools and options so that the program continually improves and is incredibly ‘kitted out’ in terms of features.

As a writing package it’s a straightforward interface even for the beginner. Even when you’re just starting to use it, you can easily figure things out and navigate your way through the simplest tasks. There is a whole host of features designed to be useful – essential, even – during the writing experience. While you’re creating your document, Microsoft Word does try to make sure that it’s the best it can be. For instance, if you misspell a word, Word will underline it to bring it to your attention.

The obligatory ‘blank piece of paper’ greets you when you open Word up and, once you’re in then you’re pretty much off! But you don’t have to stick with typing away on that blank piece of paper. There are several templates ‘built in’ to Word which will help you easily put together any of the following documents you might need; letters, a CV, business cards, invoices or receipts, certificates, newsletters and brochures, posters and flyers, party or event invitations, gift tags, recipe sheets, postcards, signs and banners, envelope labels and product packaging. There are, of course, further templates available, these are just the most common.

In Word you also have great control over the ‘feel’ of any documents you create or work on, as it’s possible to change the type of font you use, as well as its colour and size. You can also add colour or use clip art and photographs. You can use tables, borders and bullet-point formatting. You can format the text and the general layout so that you can make everything more visually appealing. You can also integrate with other programs within the Office package – so, for example, if you have created a spreadsheet in Excel, you can paste it directly into a Word document.

Google Docs: What does it do?

Docs is a free web-based word processor created by Google, and it’s part of the office suite (Google Drive). As we mentioned earlier, Google Docs doesn’t have three decades of development behind it like Microsoft Word does. However, it’s still a capable, robust and user-friendly option with some great features – not least of which actually turns out to be quite an advantage over Microsoft Word. And that’s ‘portability’.

Chief amongst these is that it’s web-based, so it’s accessible from any device with internet access. It’s particularly great for Chromebook users, as Chromebooks are web-based anyway. But for standard laptop users, you can work on a document on your device while you’re out and about and then when you return to the office, you can pick that document up again on your desktop PC. Also – and here’s a thing – you can mail a Google Docs word process document to yourself as a Word document.

Because Docs is an online word processor, it’s possible to share a link and collaborate on work with multiple people at the same time, obviously all using different devices and accessing a ‘centralised’ document via the internet. You can track any revisions or alterations ‘as they happen’.

In principle Docs is roughly ‘the same’ as Microsoft Word or, at least, the aim is the same. A solid word processing tool. However, in addition to the portability we just talked about it also has a few other tricks up its sleeve. In fact, there are some brilliant features which could make it the shoe-in for your admin package.

The most exciting of these other features is the facility for the user to talk instead of type as the interface for building documents. Think of it as a modern twist on an old-fashioned dictation machine. You can simply ‘talk’ your documents out onto ‘paper’ – but better that you can control editing of them (with verbal commands such as, for example, “go to the end of the paragraph” or “increase font size”). The control and convenience offered by this feature alone might make Google Docs the choice for you.

So, which is actually best?

The term ‘best’ is, really, a little bit misleading. Both Microsoft Word and Google Docs have great strengths, and each of those strengths is magnified depending on how you apply the program. It would be difficult to offer a definitive ‘ruling’ on which is ‘the champ’ because it depends on what you’re using it for, in other words. Obviously both are basically word processing tools – but, like with other great pieces of software, we’d suggest you consider which features might suit your needs the most. And whether you’re thinking about using a laptop or desktop PC to work on Word or Docs, Ebuyer stocks plenty to keep you satisfied…