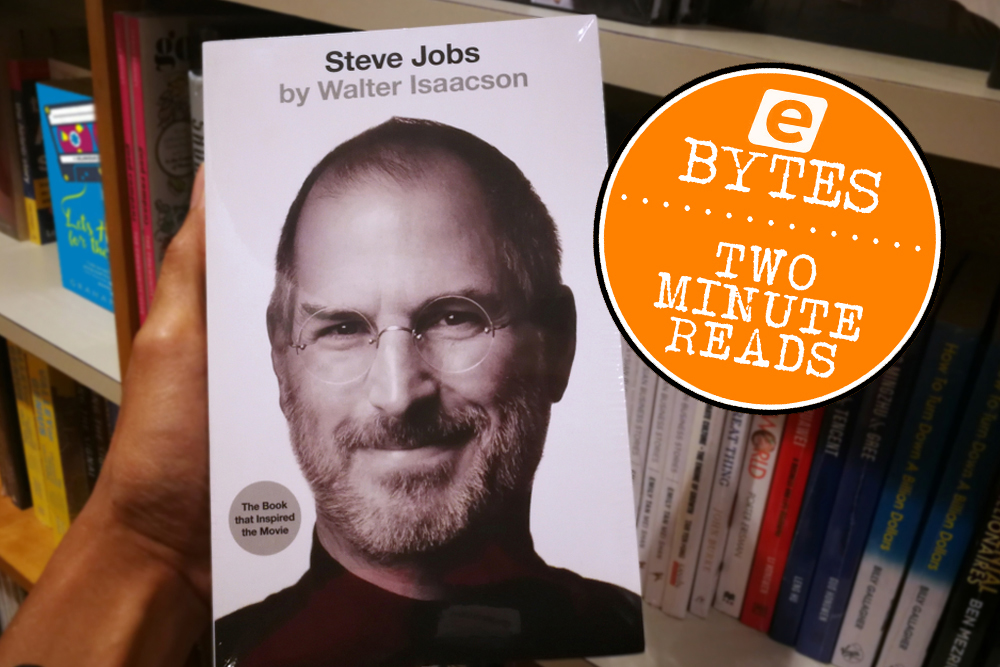 Sometimes there’s nothing quite as rewarding as switching off your working from home device and opting to relax with a good old-fashioned book. Yes, reading from paper has a certain quality of experience to it that just cannot be replicated by pixels. We thought it’d be handy to list our three favourite tech books so that, should you decide to temporarily ditch the digital, you’ve got a few options of something else to do.

Shop for laptops at Ebuyer

At 571 pages this is a pretty comprehensive look at the life of Apple supremo Steve Jobs. The tech giant was a revolutionary figure in the world of computer technology and, in fact, is one of a handful of figures who can truly be said to have changed the world. Jobs himself was not always an easy man. A perfect storm – counter cultural ethos combined with a love of technology and some business smarts. It’s not always a smooth ride, but the development and success of Apple is an interesting story. Isaacson’s book is a uniquely revealing insight.

Hackers: Heroes Of The Computer Revolution

Levy is responsible for coining the term ‘hackers’ – a phrase which, almost forty years on, is deep within the global lexicon. This entertaining book traces the hacker movement as it grew out of the counterculture of the 1960s and 1970s. The ‘hacker ethic’ consists of a commitment to open-source technology and the spirit of cooperation, plus an intense disapproval of the corporatisation of computer software. Mark Zuckerberg wrote a letter titled ‘The Hacker Way’ in Facebook’s first public offering papers, and claims to follow the same set of rules. Right on, brother!

Okay, so this final one is fiction, but it’s firmly rooted in tech so we thought it qualified and that we’d include it here. Canadian author Coupland always had his finger on the downbeat anti-authoritarian pulse, and if his writing was music it would be The Smiths, Radiohead, The National or REM. He had previously coined the phrases ‘Generation X’ and ‘McJob’, both of which entered common usage during the last couple of decades. J-Pod, which was later adapted for TV, is similarly ‘on the nose’. It focuses on a team of socially awkward developers working at Neotronic Arts, a PC gaming company. Occasionally surreal, ultimately thoughtful and – dare we say it? – occasionally profound.

So that’s three books we think you should check out and, of course, we’ll check back in with a few more at some point in the future. For now, happy reading – and check out some of the great tech on offer from Ebuyer, always at value prices!