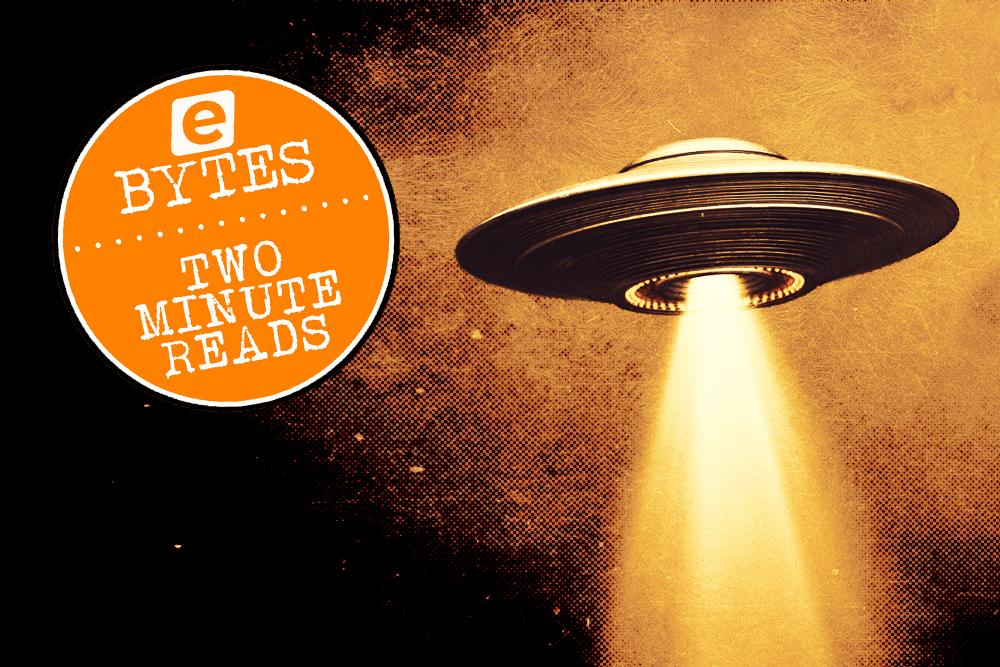 A recently published long-awaited US government report has concluded that despite the existence of UFOs there is not enough evidence to prove alien life. The Pentagon’s report reveals that the many sightings of strange flying objects remain unexplained and unidentified and require further study. “The limited amount of high-quality reporting on unidentified aerial phenomena hampers our ability to draw firm conclusions about the nature or intent of UAP,” reads an official summary of the report.

The report was posted online by the Office of the Director of National Intelligence on Friday 25th June, and it splits all of the UAP sightings into five distinct explanatory categories: airborne clutter, foreign adversary systems, US industry developmental programs, natural atmospheric phenomena and ‘other’. It is within this category of ‘other’ that any remaining potential for alien visitation resides.

Shop at Ebuyer for out of this world prices on tech

Many hoped that the Pentagon’s latest report would include huge revelations – perhaps as huge as ‘the Roswell crash’. Long believed to have been a ‘flying saucer’ accident, the US government’s official version of events (detailed in a 1994 report) were that ‘Roswell’ was a secret military mission rather than alien visitation.

The US Air Force carried out a previous investigation into the UFO phenomenon called Project Blue Book, which ended in 1969. It compiled a list of over twelve thousand sightings. Over seven hundred of those involved objects which still officially remain “unidentified”.

The Pentagon’s latest report doesn’t dismiss the potential that UFOs mean Earth has been visited by aliens in flying saucers – but it doesn’t explicitly say that this is an option, either. The truth is out there. Or not.

Check out Ebuyer’s website to find some brilliant tech. From desktops PCs and laptops to 4K televisions and more.