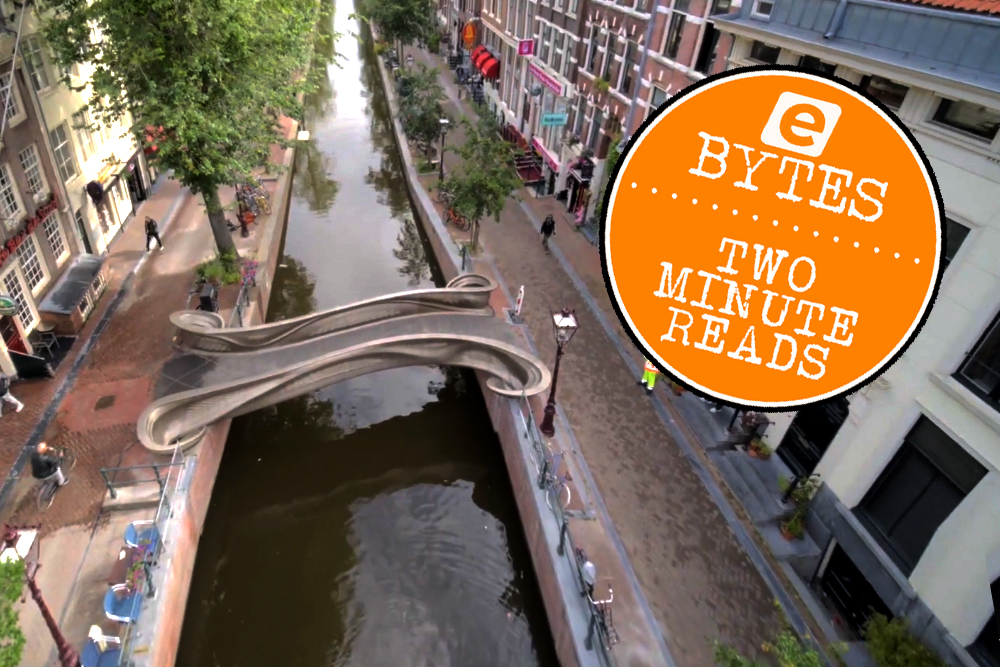 Taking the idea that you can print just about anything to a surprisingly civic-minded conclusion, Netherlands-based technology company MX3D has 3D-printed a bridge over the Oudezijds Achterburgwal canal in Amsterdam.

The steel bridge took around six years from concept to completion. It spans forty feet and weighs approximately 4.9 tonnes, and was printed over six months by four robots. The entire project was a collaborative effort between various engineering, design and civic agencies, and was officially opened by Queen Máxima of the Netherlands earlier in July.

The Steel Structures Research Group at Imperial College, London, were responsible for much of the maths involved. Professor Leroy Gardner of the Department of Civil and Environmental Engineering at the College said: “A 3D-printed metal structure large and strong enough to handle pedestrian traffic has never been constructed before. We’ve tested and simulated the structure and its components throughout the printing process.”

Back in 2015 MX3D proposed printing a metal bridge using its innovative welding robots which build up metal objects layer by layer. The technology allows for high material efficiency and ‘increased form liberty’ in the construction of large metal structures. This means design agency Joris Laarman Lab was able to add-in unconventional thinking to engineering requirements in terms of the bridge’s form.

Attached to the concept of the bridge there is also a ‘new’ method of researching the impacts of – and on – 3D-printed structures in the civic space. The bridge is also equipped with a state-of-the-art sensor network. The creators will monitor the bridge’s structural state and public interaction. Data collected will be applied to a digital version of the bridge.

This way, creators can test the performance of the physical bridge against the digital one. The data will enable the team to measure the bridge’s health, examine how it changes during its lifespan and understand how the Amsterdam public interacts with 3D-printed infrastructure.

Check out Ebuyer for computers, printers and more