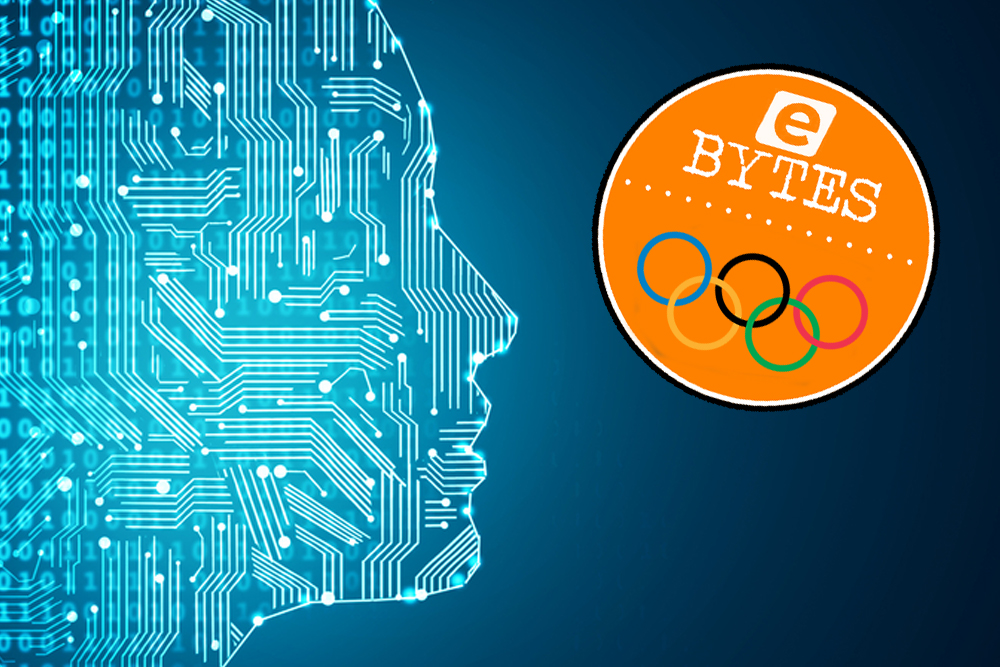 It’s the question on everyone’s lips. Well, those of us here at Ebuyer who tend to come up with these sort of questions during our ‘water-cooler moments’! Could a robot beat an Olympian?

Could an engineered or manufactured device – a robot – beat the guts, effort and decision-making capabilities of a human being? Not just any ordinary human being, either. An Olympian! One of that special breed of super-achievers whose body seems to have been designed for the specific purpose of winning!

We thought we’d put the idea to the test. So, we’ve concocted a series of our very own Cyber v Human Olympic events, featuring famous athletes taking on notorious robots from films and television… Ladies and gentlemen we proudly present the inaugural Ebuyer Games…

The lead character in an early evening 1980s comedy sci-fi series for all of the family takes on 1992 Olympic gold medalist sprinter Linford ‘Lunchbox’ Christie in what can only be described as the race to end all races. This 100 metre event sees Christie quick off his marks, as ever, and gaining several metres on Mickey, with Mickey struggling to get his frankly inarticulate frame up off the track.

Originally created by Clever Clogs – a child prodigy science boffin – Metal Mickey was designed as a domestic robot, supposed to help with household chores. But he soon developed character of his own and a surprising 41 episodes of middling mirth ensued. Linford Christie, meanwhile, is the only British man to have won gold medals in the 100 metres at all four major competitions open to British athletes: the Olympic Games, the World Championships, the European Championships and the Commonwealth Games. He was the first European athlete to break the 10-second barrier in the 100m and still holds the British record.

In our race, just as supersonic Christie thinks he’s cracked it, Metal Mickey slips himself a couple of his famous Atomic Thunderbusters (basically lemon flavoured bonbons) and speeds past, just pipping the former champion over the last three metres – and giving him a cheeky burst of his infamous “boogie boogie” catchphrase as he breaks the tape. It’s a surprise result for tech!

Event 2: Sharron Davies vs. K9 from Doctor Who (swimming)

A difficult one to call, this, before the whistle blows. Sharron Davies, former Olympic silver medalist for Great Britain (in the 400-metre individual medley at the 1980 Olympics in Moscow) versus Doctor Who’s robot dog K9 (who appeared in the series between 1977 and 1981).

Davies is first into the pool, with her height advantage. At a striking 5ft 11inches she’s almost four times as tall as K9, and with a much more streamlined body shape there is a distinct advantage in terms of aerodynamics (or whatever the water equivalent of aerodynamics is). So she races ahead before K9 has even got his wheels wet.

But – oh no! – disaster when he does! His intricate electronic circuitry is just no match for the water, and he shorts out immediately. But, of course, despite Davies being body-lengths ahead, the race isn’t over. The electric shock generated by K9’s workings temporarily knocks her out! There’s just enough time for Doctor Who’s dog to drift aimlessly like a leaf in a pond to the other end of the Olympic pool before Davies recovers. But it’s too late for her to do anything! He’s won! What a truly strange turn of events – and this race is one to shut those up who say that the Ebuyer Olympics are a foregone conclusion! It’s another victory for tech!

Hoy is the second most decorated Olympic cyclist of all time with six gold medals to his name. That’s pretty impressive – but can he ‘do it’ against the beach ball brilliance of Star Wars character BB8?

They both set off at a great lick, with Hoy’s machine-like legs going ten to the dozen to get his super-engineered bike round the track at the speed of light. But, despite his superior cycling form, BB8’s Terminator-like tenacity means he just keeps on rolling and rolling until he pulls level with a tiring Hoy.

It’s neck and neck into the final straight, but Hoy’s mind drifts to his new career as a racing car driver (true story, folks) and BB8 takes advantage of the momentary lapse in concentration. He’s almost there when – pffffsssst – the air valve catches on the track and BB8 completely deflates. That’s it! It’s all over – and Hoy triumphs yet again. It’s a close fought thing but it’s muscle over mechanics! Who would have thought it?!

You won’t see this race on TV, but if it was broadcast you could watch it on: Samsung 55″ QE55Q60T Ultra HD Quantum HDR QLED Smart TV

Amazing boxer though she is – and esteemed winner of gold at London 2012, and a second gold at Rio 2016 – this looks a genuinely tough bout against law-keeper Robocop (from the hit 1987 film about a society on the verge of being policed by relentlessly tough androids).

The bell sounds for Round One and Adams is straight out of her corner with a few sharp jabs to Robocop’s metal jaw – but he soon begins to gain the upper hand. Piston-like strength pounds punch after punch in the second round and Adams is flailing on the ropes.

A knockout blow looks sure to come any second now, but – what’s this?! Someone in the indoor arena is sneakily smoking a cigarette and Robocop’s ‘Zero Tolerance’ mode kicks in! He leaves the ring to administer some brutal law enforcement on the chuffer, but is instantly disqualified for leaving the area of combat! Adams wins! A triumph for flesh over steel, on the weirdest of technicalities.

You won’t see this fight on TV, but if it was broadcast you could watch it on: Cello C4020G 40″ Smart Android TV with Google Assistant and Freeview Play

This is now the decider. The last of five contests, and with the Games tied at two each to robots and humans, there is everything to go for in this event. Sir Steve has brought in a crack team of muscular rowers, and he’s looking like he can cox them to victory, but Arnie’s Terminator is of impressively imposing frame as he marches towards his boat. But he’s forgotten his oars! “I’ll be back!” he says, and dashes to the clubhouse to get them. But does this silly lapse give Redgrave the psychological advantage? When the Terminator returns the gun fires. Away the two boats go, and…

Well… we’ll leave it to YOUR imagination. Who wins?

In ‘real life’ the chances of a robot beating an Olympian are probably pretty slim – for now. Though the automaton technology has advanced greatly in the last few years, for now we can all rest easy knowing that there’s that viral video clip of a robot tumbling over out there on the internet. Fire up your laptop and check it out. But – gulp! – there will definitely be a point in time when robots surpass the capabilities of the human body…

Ebuyer doesn’t stock robots. But we might do one day. In the meantime we do stock TVs. Check ‘em out! And check out our blog on the best Olympics films…