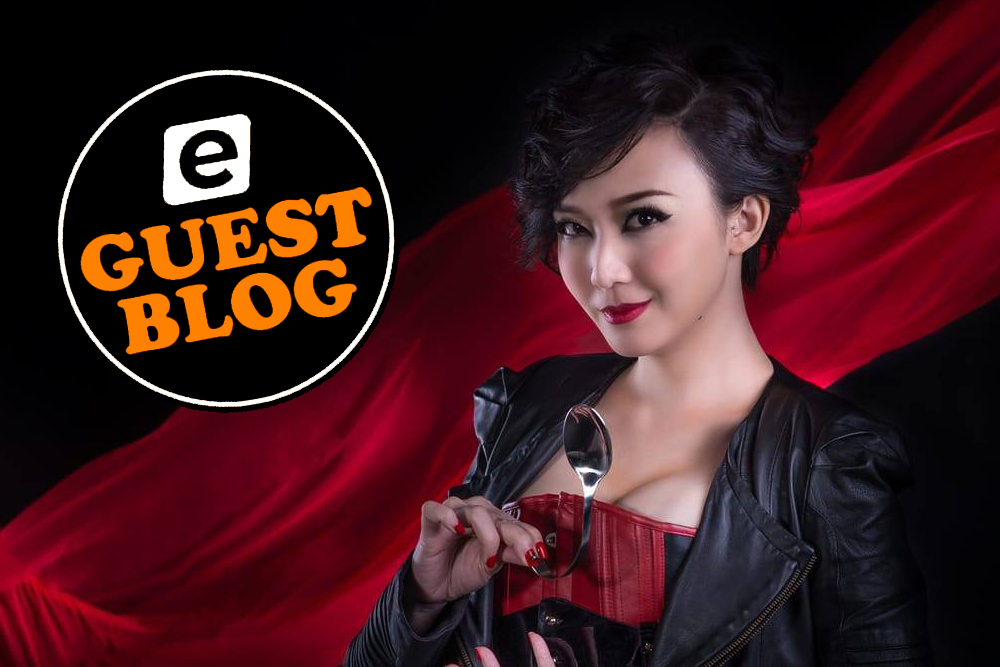 Where do we begin? Ning was part of Asia’s most famous magic double-act with JC Sum, performing on TV regularly to many millions of viewers. Two-time cover star of FHM, best-selling author, entrepreneur and Guinness World Record Holder for performing 15 Grand Illusions in 5 minutes live on TV from Clarke’s Key, Singapore, Ning has achieved more than most of us can dream of!

Mobbed wherever they go, JC and Ning are genuine superstars in Asia. Now based in Switzerland, Ning now performs a mindreading act around the world whilst writing more books and generally being fabulous!

Hey Ning, what tech do you use now as a writer? “I actually bought a new “old” Mac Book Pro, and I’m using it to write my 7th book. The new versions had flimsy keyboards and I’m a tactile person. Touch is so important to me, especially when spending hours working on a manuscript,” she says. “I ordered one of their older models which had a proper keyboard and essentials like USB ports and the works. It has served me well over the years…

“Even though it is ‘older’, this laptop has lasted me longer than my iPad Pro (I use it with the Apple pencil mostly for Procreate) which has become a wee bit finicky of late. Another bit of tech I invested in is a Zoom H4n Pro which I use as an audio interface when I’m teaching online, (Ning does writing masterclass projects) besides utilising it in multitrack recorder mode for music instruments (mostly with my Risa LP electric… which brings the rock goddess out of me) as well as recording ideas on the fly.

“Last but not least, I can’t imagine a day without my Samsung Note. It has a stylus which easily lets me jot down notes whenever inspiration hits and since my phone is always with me, I can do this anytime and anywhere!”

Any other form of tech you use? Are you a gamer? If so, what do you like to play and on what equipment? “I’m a huge fan of Razer’s award-winning line of gaming products. If I were an e-Sports athlete, their Razer Blade laptop would be the first thing on my Christmas list! There are some brilliant games you can find on Steam like GRIS that have amazing visuals and music, which helps you wind down after a long day. Though since we moved to Switzerland and had our baby, there hasn’t been much time for Xbox or Switch. And no more long hours to while away playing Diablo!”

When you were performing what was the most important piece of tech you used and why? “Unless you only do a silent act set to music, good microphones are essential when performing on stage. Invest in a wireless Countryman or Shure headset mic. Likewise, if you’re doing Zoom shows these days, make sure your intended audience can hear you well. Especially if you’re performing as a mentalist where instructions are vital. For this, a Blue Yeti microphone may be what you’re looking for.”

What mobile brand do you use, and why? “As mentioned, I’m using the Samsung Note. It’s been my go-to for the past few years because they’re a solid and reliable bit of kit. I especially like that the phablet has a stylus you can use to take pictures and more. Plus, it has dual SIM, so I have my Singapore and Swiss cards in there. Much more convenient than having two phones!

The future of tech

Finally, we ask Ning if she has any predictions for the future of tech? “With COVID-19 making holiday plans a tad tricky, there will be more options using tech to help you ‘travel’ from the comfort of your own home. This would of course be achieved via headsets, which contemporary artists all over the world have already started to use. I’m not just talking about VR but also AR… augmented reality. Yep, I’m so confident about this I don’t need to have this written and sealed in an envelope, only for this prediction to be opened later!”