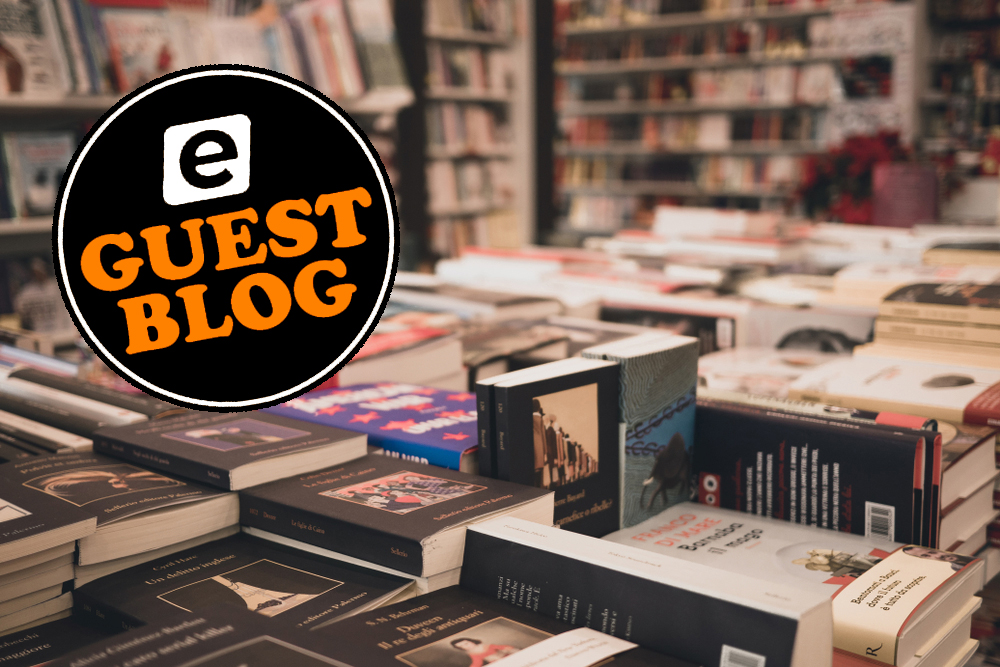 Paul has been a writer for over twenty years and has worked for Express newspapers and many of the top UK adult comics. His debut novel, Jim Reaper has had the critics hailing him as the new Stephen King!

Ebuyer caught up with the Jersey-based author to find out about his new novel, what’s coming next, and what tech he uses to make his life easier!

So, what’s your novel about? And don’t say ‘400 pages!’ as that’s not clever!
“It’s actually about 430 pages!” laughs Paul. “Jim Reaper is a lowly office clerk who has been press ganged into a clandestine organisation of assassins, who control the population by secretly culling them in a variety of bizarrely ridiculous ways. On the news these tragically comical deaths are passed off as “death by misadventure” and are ignored by the police. In reality, these poor forgotten souls didn’t die in hilarious circumstances… they were murdered, in cold blood, by Reapers.”

Paul says, “The original idea for Jim Reaper came from a couple of sources. The first was an article about the Royal Society for Prevention of Accidents (RSPA) that stated that the majority of accidents happen in the home. Also, the majority of accidents that happen to men at home are serious head injuries… where the men were putting on their underwear. Unlike women who are sensible and sit down for this, us busy men prefer to do this on the hop, flamingo style. The result is these men end up getting tangled in their underwear and smash their heads against the wall. As ridiculous as this was, the injuries are real.

“The second source was the unfortunate death of Rod Hull (& Emu) a well-known slapstick comedian, who fell off the roof whilst adjusting his T.V. aerial and sadly died. Because Rod was a well-known comedy acrobat, the initial reaction from people in the media when hearing of the circumstances of this were light hearted rather than shock. And these two instances made me think that if a serious crime were to be hidden from serious murder squad detectives, then the cloak of mirth was the perfect tool for the job. Why hide a crime… when it can be just as easily laughed off?”

Tell us about your tech!

What tech do you currently use? “At the moment I use a “Dynabook Satellite Pro L40-G-102” says Paul, who for a long time insisted on writing his manuscripts by hand! “Eventually, tech caught up with me – or should I say I caught up with tech! It’s reliable, portable – which is important, and it’s ultra-thin – and great value at around £650. It’s also got a long battery life which I really need, and an anti-glare screen. Before lockdown I used to do a lot of writing whilst travelling on trains etc, so I needed a versatile laptop.”

Paul says that he only needs his laptop to do the basics – he uses Microsoft for everything, but it’s the actual portability and look which got his attention – plus the reviews, which were all really positive. “A lot of my friends use Apple Macs, which are great, but it really depends what you use them for. I’m just a writer, but my friends like to mess around making trailers for their books and are editing videos all the time, so they need something that can handle the job.

“I’m quite old fashioned when it comes to writing though – once I’ve written a chapter I like to see it on paper and go through it while I have a coffee, so I use my printer a lot. I have a Brother HL-L3230CDW A4 Colour LED Laser Printer which I think is really good value, and the running costs are pretty low – especially for the amount of use I put it to.”

Even though your first novel has only been released this year, you’re already working on your third. Have you got any advice for anyone attempting their first novel? “Yeah, I would say that you just need to write… and stop the crippling obsession of getting it perfect first time. My idol, the late Spanish surrealist painter Salvador Dali once said, “Never worry about perfection… you’ll never reach it.” The worst thing you can do is start to write something, decide it isn’t perfect and angrily rip up the page. Each time you do this you will only convince yourself that you can’t write. This is self-destructive and needs to stop immediately! The more you write, the more the ideas will flow… but only as long as you don’t keep turning off the tap.

If you’re looking for a laptop, take a look at our full range here. And our printers, too.

Paul’s novel: Jim Reaper is available from all good bookshops and online sellers. Or via Chronospublishing.com