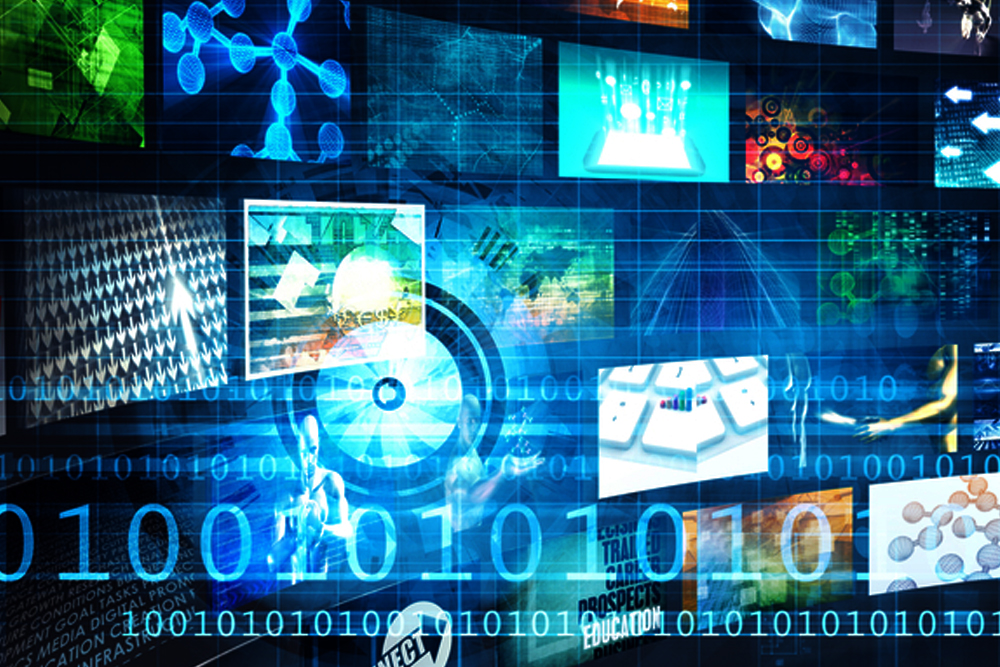 In this article we’re going to give you the lowdown on why you should invest in a smart TV – for entertainment purposes, but also as part of your smart home set-up. But before we talk about smart TVs, it’s appropriate to take a moment and think about television beyond the technology. Television as a concept, and as a game-changer.

What an amazing medium it is. We’re about seventy years on from the era when TV took over, having become an affordable and therefore accessible leisure option for an increasing number of households. The idea of ‘a box in the corner’ which transmits moving pictures seems a simple one – but multiply that simple idea by millions, billions even, and you have something truly revolutionary on your hands.

Even back in the 1950s when TV crossed over into the consumer mainstream, there were very few who truly understood the implications. The influence this ‘box’ would have over our behaviour. Our attitudes, our consumer habit and – indeed – our happiness.

Just think about the things television has given access to… Not just entertainment, but actual living history. Millions have been able to see England win the football World Cup for the only time. We’ve seen man walk on the moon for the very first time. We’ve seen the twin towers of the WTC collapse before our eyes. And we’ve seen a parade of b-list celebrities eat maggots or try out their luck on a kitsch dancefloor.

Strictly speaking, the concept of television – that box with those moving pictures – hasn’t changed much at all since it was first invented. But the hardware involved – the TV sets themselves – has progressed to become, now, an array of incredible devices capable of high-definition imagery and cutting-edge audio. With the current trend for 4K viewing, TVs really do look and sound better than ever before.

But here’s the thing. Smart TVs take the excellence even further…

What is a smart TV, and how does it differ from a ‘normal’ TV?

It’s an internet-connected TV. But, first of all, let’s explain how ‘old’ TVs worked. They’d take an analogue signal from a cable which was connected to an antenna (ie. an ariel) which was probably sited on the roof of your house. Almost all of the old analogue TV transmitters have now been switched off in the UK, and the population converted over to the digital age.

In more recent years the technology has upgraded sharply and now most people receive a digital TV signal through an underground cable network connected to your household’s internet router.

So, in terms of the tech on the receiving end of this signal – ie. your television set – the possibilities are much greater, as a digital feed is much better than an analogue feed. This is where the ‘smart’ of smart TV comes in.

As long as your smart TV has access to the internet (Wi-Fi or ethernet), it can stream content or access the internet. Smart TVs, ideally, come with a built-in web browser which makes things way easier!

So what can a smart TV do?

No longer do TVs only work as devices through which broadcasters pump their programming. Because of the powerful processors, internet connectivity and user-friendly software featured in smart TVs, it’s possible for you to think of them in similar terms to your laptop, smartphone or tablet.

Smart TVs offer internet connectivity – which opens up a whole new level of entertainment options. A smart TV uses your home network to provide streaming video and other services through your television set.

Because your TV now uses the internet as a portal to the connected world its functionality is so much more than a TV was capable of even only ten or fifteen years ago. It’s possible to stream video from providers such as Netflix, Amazon Prime and YouTube. It’s possible to play games, keep your social media ticking over, and – here’s the big one – control a whole house of connected gadgets.

More and more models of smart TV include or cater for voice recognition tools (such as Amazon Alexa and Google Assistant). In terms of your plain old TV watching, this means that you can speak to your TV and ask it to change channel, increase or decrease volume, or search for particular programmes and so on. Most smart TVs will work with a smart speaker and some offer that same functionality but incorporated right into the TV’s own build.

Smart TVs in a smart home

Smart TVs can be used as the ‘hub’ for your smart home – ie. the centralised screen which allows you to see everything else in your home that is a smart device, and control it. The TV is your direct interface with your smart home, in other words.

Many smart TVs are compatible with other smart devices in the house – including the lighting, the heating system (thermostat), the video doorbell, the CCTV system, smart locks and smart plugs. Think of this function of a smart TV as the ‘control panel for your environment’ and you’ll grasp the idea very quickly.

So, in essence, a smart TV is…

A Smart TV is a hybrid between a traditional TV and a household computer. It can serve as, basically, that box in the corner showing you moving images (as we spoke about right at the start of this blog). But it is so much more. It can also make the most of the technology and services that are typically associated with a computer, in an extremely user-friendly way.

Do I need to upgrade to a smart TV?

Well, yeah, you do really. They are now the most important part of the tech set-up in your household (other than your central heating if you live in the north)! But, to be honest, if your budget will not stretch to upgrading to a smart TV, don’t despair. There are still one or two things you can do to achieve a sort of ‘smart-like’ status. You could try something like Chromecast or Roku, devices which aim to turn a ‘standard’ TV into a smart TV. Read about these devices, here.

We stock a vast array of TVs – from HD to 4K to smart TVs. Browse our website and you are sure to find something which will suit your needs. Remember – a smart TV is more than just a TV, it can be the key to a successful smart home.

Stats entertainment! New Ofcom report reveals TV boom
Should you go for 4K or a curved TV?
To Top