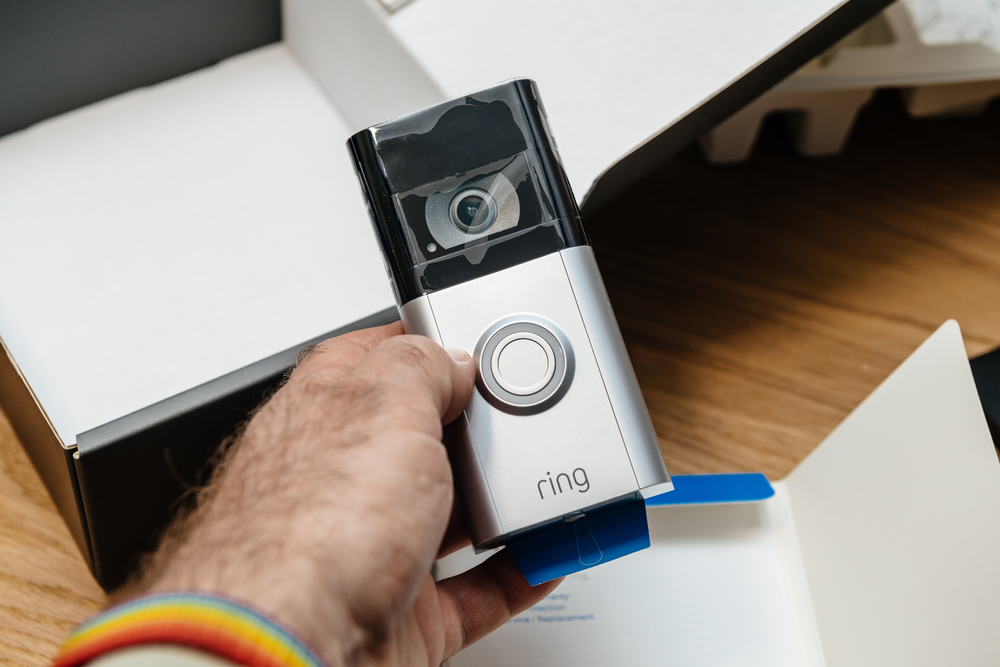 What? People are stealing them? Yes they are, and it’s a bit ironic that video doorbells are there to provide a new form of security. The thing is, you can’t trust criminals an inch, so you have to make sure that all your security measures have been thought through and are, in themselves, secure.

For those who are new to security tech, a video doorbell is a device which delivers live video feed direct from your front or back door to your smartphone. It doesn’t matter if you’re in the house, out shopping locally or on holiday abroad – you’ll still see and hear everything in real time and it allows you to communicate directly with your visitors.

So, how do you make sure your new video doorbell doesn’t get stolen? Well, there are a number of things you can do. Let’s take a look at them now.

It may be a little inconvenient, but the best thing you can do make sure you look at your phone every time the motion sensor is triggered. When someone’s there, you’ll get a notification, so see who is at your property. Let’s face it, why bother getting a video doorbell if you’re not going to use it for what it was intended? If you answer notifications and see a thief trying to steal your doorbell, then you can shout at them and tell them you’re calling the police, to scare them away…

Here’s a good tip: Even though most video doorbells have a limited amount or automatic recording time, you can always record your screen while viewing the live feed from your Ring camera and then give any footage to the police if something dodgy has happened. If you have a ‘Ring Doorbell’ brand of video doorbell, you can pay a monthly fee for storing all the recorded video footage.

Most thieves will try and cut the power cord so that they cannot be identified, but almost all Ring Doorbell models are battery-operated, which can stop them in their tracks.

Get a Mesh or Grid Box

A mesh or grid box is a metal box consisting of mesh. Fix this around your video doorbell and they’ll never be able to steal it. Yes, it sounds a bit primitive, but it’s a great deterrent. Obviously, you have to ensure that the grids of the box and smaller than your doorbell or they’ll be able to get at it! Don’t have the mesh too close together either, or it could compromise the actual view from the camera.

Owing to the fact that Ring Doorbell devices feature a 180-degree camera, make sure that you fix it so that the ring button and the camera itself are placed directly against the front-most part of the grid box. This will make it easier for your visitors to ring the doorbell, whilst not compromising the camera view.

You can always go DIY with the grid box, but there are plenty of these available online and a quick search will easily find them!

Thieves like to operate fast and their occupation is risky, so every little thing you can do to make their life difficult is worth doing! Why not put up a sign which says:

“This doorbell is wired to an alarm and features a motion sensor”. This should be enough to deter the thief from messing with the device. Oh, and the second part of the example sign is actually true. The motion sensor on Ring devices works impeccably.

Attach the Doorbell to the rendering or brickwork

One of the most simple and straightforward ways to secure your Ring Doorbell device is to make it nearly impossible for the thief to rip off the wall. Instead of using the permanent tape or similar, use large screws to firmly attach the doorbell to the brickwork or render. This may take some effort, but the more time it takes for you to install it, the more difficult it will be for the thief to simply rip it from the wall. Of course, you’ll need a drill, some longer screws than the ones probably provided and some rawl plugs.

As a general rule, thieves are all about acting quickly. If a thief notices that the method to steal your Ring Doorbell is taking too long, it’s more likely they’ll go off to find an easier target – leaving you and your property safe.

Ring offers a protective hard case accessory which has been specially designed so that it cannot easily be removed from your wall and stolen. What this means is that the would-be thief would first have to break open the protective case before even starting on the Ring Doorbell itself. So, it’s an added layer of security and inconvenience for the criminal.

Keep your eye out!

Whichever security method you decide to go with, make sure that you take note of all the motion detector notifications and use your voice to help warn/scare any possible intruder away.

Hopefully you’ve got a few tips on how to stop your video doorbell being stolen. Check out Ebuyer’s range of security for home and business.

How smart tech keeps your home or business secure
24 hours of security (for you and your home!)
To Top