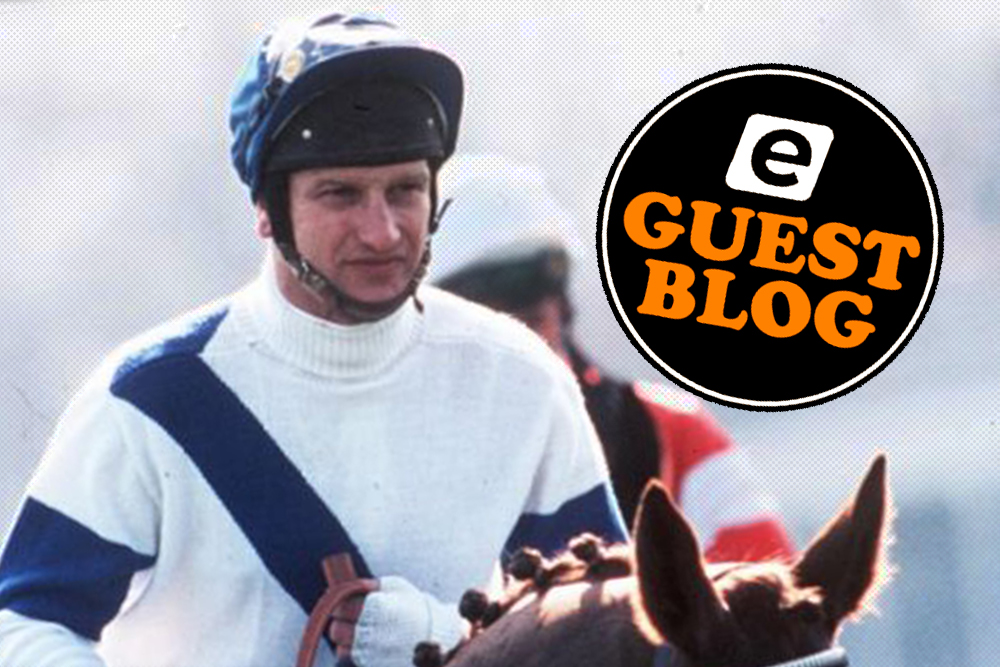 Legendary jockey Bob Champion won the prestigious Grand National on brilliant horse Aldaniti back in 1981. A sporting triumph and an incredible achievement whilst Bob was also recovering from cancer. His story was made into the 1984 film Champions, which starred Oscar winner John Hurt.

After being diagnosed with cancer, Bob was given just months to live. Aldaniti also had two major accidents and the owners were advised by vets to have him ‘put to sleep’. But they refused, remembering that Bob Champion had told them that Aldaniti “would win the Grand national one day!”

They say being a jockey is very dangerous. Did you break many bones?

Yes, you name it, I broke it! I took a real battering! When I wasn’t recovering from injury I was struggling – like many jockeys – to make the weights. The weeks before races were usually spent with intense sessions in the sauna, and we took all kinds of medication to try and help us lose weight. We all suffered badly. That was the opposite side to all the glamour which race-goers see!

When you won the Grand National, what were the betting odds on you and Aldaniti?

As a jockey, I wasn’t allowed to bet on the race. But I told my mum to bet big on us. Two days before the race we were 66-1 so she went ahead and gambled! It was really fortunate she did, because we were racing two days before the National – that’s when our odds were 66-1, but Aldaniti was so impressive in the race that before it was over our odds had dropped to just 12-1. He looked fantastic so I knew that we had a good chance of winning.

How was Aldaniti during the Grand National itself?

He was so excited! The trainer had told me to hold him back, as he just wanted to run out in front. I tried, but I couldn’t stop him! At one stage we were back in 29th position – and then he just went for it. He was incredible!

On April 11th, the day following this year’s Grand National, battling Bob set off to walk the gallops of 40 racehorse trainers to raise funds for the Bob Champion Cancer Trust, which currently stands at a magnificent £15million.

His enormous challenge ended at the Findon stables of Nick Gifford, whose father Josh trained Bob’s 1981 National hero Aldaniti, from the exact spot where he completed his walk.

You’re still really busy these days, so do you use much tech?

I’m heavily involved in the Bob Champion Charity Trust, of course, and so there’s always work to be done. I use an Apple MacBook Air Laptop (Model: M1 Chip 8GB 256GB SSD 13.3″ Laptop – Gold). I do lots of travelling and so I need something which is good on the train or wherever. I love it because it’s lightweight, ultra-fast and everything is razor-sharp.

The Apple MacBook Air M1 lets you take on the biggest tasks without draining the battery. It’s 3.5x faster than the previous generation, with eight-cores of power providing an incredible performance. And for whisper-quiet operation, the improved thermal efficiency means it doesn’t even need a fan.

But how long does the battery REALLY last? Well, thanks to the M1 chip, the MacBook Air will give you up to 15 hours of web browsing, or up to 18 hours of Apple TV content! That’s racing ahead to provide plenty for the entire working day, as well as your entertainment.

Fans of the TV quiz The Chase can see Bob in an episode soon!