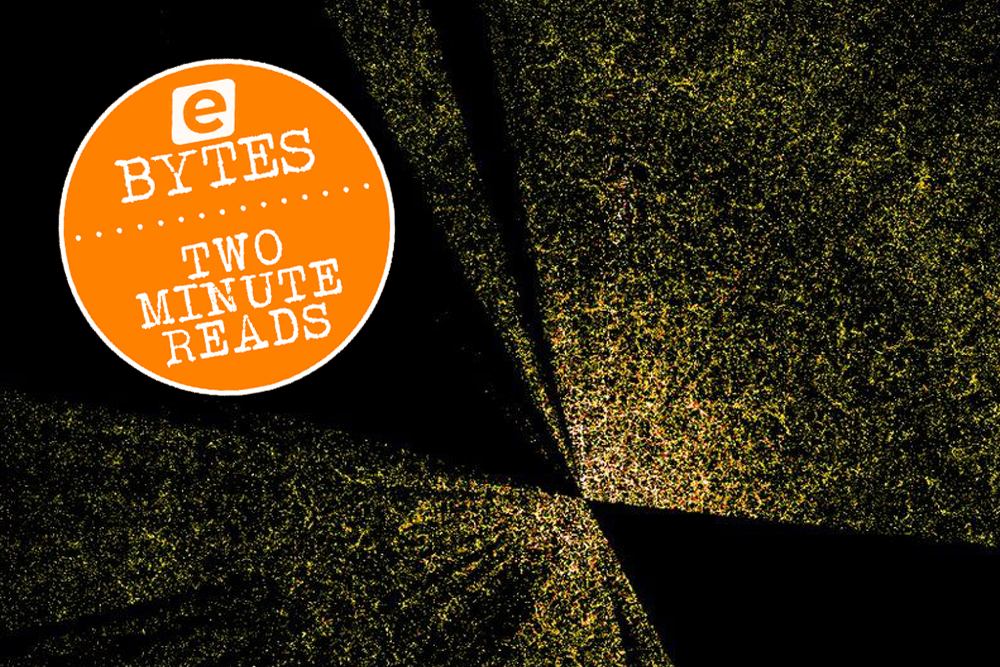 Regular readers will know that we’re big space fans, here at Ebuyer. We’ve blogged several times in the past about it – whether it be the technological developments which are enabling space exploration and research, or even ‘just’ the 4K restoration of footage of the 1969 moon landing.

There have been some amazing advances in exploration and research during the last few years, including the recent launch of the James Webb telescope and last year’s semi-bizarre trip into space by William Shatner, the actor who played Captain Kirk in TV sci-fi show Star Trek. Sometimes it seems the only thing missing has been confirmation that the Clangers were real!

But seriously… one of the most recent developments has got us really excited – and awed beyond belief.

The Institute for Computational Cosmology (ICC), based at Durham University in the UK, is a top international centre for research into the origin and evolution of the universe. It is part of the collaborative community (managed by the Lawrence Berkeley National Laboratory in the USA) which has developed a technology known as DESI.

That acronym stands for Dark Energy Spectroscopic Instrument, and this complex device conducts spectrographic surveys of distant galaxies. It is currently producing an incredibly detailed three-dimensional ‘map’ of the Universe.

Shop for amazing tech deals at Ebuyer all year round!

The instrument contains an incredibly complex fibre-optic system which splits the light from galaxies, stars and quasars into bands of colour. Doing so allows computation, and reveals their chemical composition, as well as how far and how fast they are travelling – information which will allow researchers to establish how much the universe is expanding.

So far DESI has catalogued more than 7.5 million galaxies and it is likely add a further 27.5 million before 2026. If the latest imagery is anything to go by, the final results are going to be absolutely incredible and will change our understanding of the universe. The image included with this article shows our planet at the centre, with each of the other points representing one of 400,000 of the 35 million galaxies which will appear in the final map.

Professor Carlos Frenk from Durham’s Institute for Computational Cosmology, said the data collected from DESI will “help uncover some of the most intimate secrets of the cosmos, and help us to search for clues about the nature of dark energy – the role it plays in how galaxies like the Milky Way form, and how the universe is evolving.”

Ebuyer can’t promise DESI-level tech, of course. But we do have a vast selection of brilliant products at cosmic prices so head along to our website at warp factor six – and you can also check out one or two of our previous space-themed blog posts!