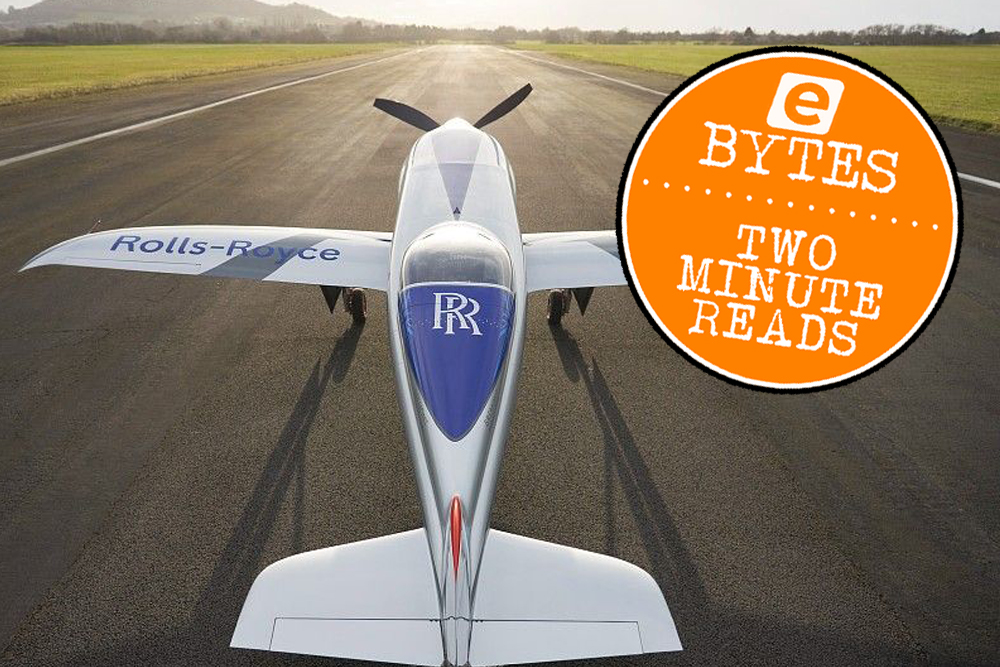 The Spirit of Innovation, an all-electric aircraft developed and built by iconic manufacturer Rolls-Royce, has broken two world speed records.

The aircraft took part in a program called ACCEL (Accelerating the Electrification of Flight) and hit an average of 345.4 mph over a 3 km distance and then 330 mph over 15 km. which was 182 mph faster than the previous record. The speeds have been verified as records by the World Air Sports Federation.

The aircraft also took part in a third record attempt for the fastest climb to 3,000 metres (which is did in 202 seconds), but this is still awaiting verification.

During the flight the Spirit Of Innovation reached a maximum speed of 387.4 mph – which would have made it officially the fastest ever electric vehicle, but this was not part of the official record submission.

The aircraft uses a 400kW electric powertrain – the equivalent of a 535 BHP supercar.

Rolls-Royce, whose aerospace headquarters are in Derby, said the battery for the Spirt of Innovation was the most power-dense ever assembled and had enough power to charge 7,500 phones.

Warren East, CEO of Rolls-Royce, told the BBC: “Achieving the all-electric world-speed record is a fantastic achievement for the ACCEL team and Rolls-Royce.

“The advanced battery and propulsion technology developed for this programme has exciting applications for the Advanced Air Mobility market.”

All this speed and power sounds great, but the downside is that the only charging point is in the car park at Morrisons.

Yes, of course we’re joking! But if we’re to believe that everyone will have a flying car by the end of the century, they’re going to have to build some more charging stations.

Continued Warren, “This is another milestone that will help make ‘jet zero’ a reality and supports our ambitions to deliver the technology breakthroughs society needs to decarbonise transport across air, land and sea.”

If it’s power you want, check out Ebuyer’s range of gaming computers here!