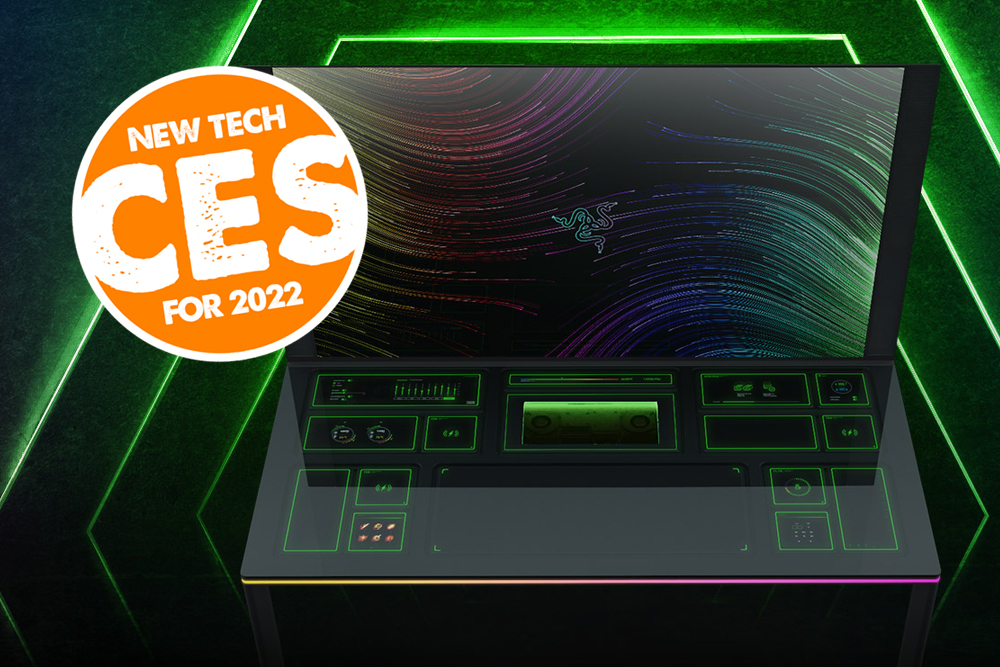 Razer’s latest creation is a smart desk for gamers – and it’s pretty futuristic!

At the CES show in Las Vegas, Razer unveiled its latest prototype and it got a great response. We know that many of the ideas on show never materialise into commercial products – but that doesn’t stop us enjoying the possibility!

The Razer prototype is called Project Sophia, which it calls a “gaming desk concept.” It looks ultra-cool, is definitely a talking point and is the kind of executive-level toy you probably couldn’t afford – even though we don’t know the price of it! Of course, this is just a prototype, it may never see the light of day – but that’s the fun of the CES show!

The massive desk itself is modular, with the ability to swap components and features in and out as you need to. In the sample photographs ‘Sophia’ is attached to a huge 65-inch OLED display. Realistically, that size screen is way too big to sit that close to. But we’re in fantasy-land here, so let’s go with it!

What can you actually do with this gaming desk?

Razer says the desk can support up to 13 swappable modules. They say “This allows each section to be configured with an array of task-specific components, such as secondary screens, system monitoring tools, touch-screen hotkey panels, pen tablets and audio mixer units, or even external capture cards.”

How is it powered?

It has its own built-in Intel processor and NVIDIA GPU, which are housed in a small chassis which magnetically attaches to the bottom of the glass-topped desk.

What type of add-ons can you swap into Sophia?

Razer says they can include touchscreen digitisers, cameras and microphones, THX audio modules and wireless charging pads – or even a cup warmer. As a Razer product, it naturally supports Chroma lighting, which is the colour-coordinated lighting system that runs across almost all Razer products.

Is Sophia going to make it on to the market? Who knows! But as more advanced desks are likely to play a part of our tech future, at least Razer have got the ball rolling,  and it’s quite possible that some of their ideas will be incorporated in some way or other in future products. You can almost hear their big boffin brains thinking of concepts, right now!

Click here to see Ebuyer’s huge range of tech for gaming and more!

Samsung’s Freestyle Portable Projector – the hottest thing at CES 2022
A car with a couch??
To Top