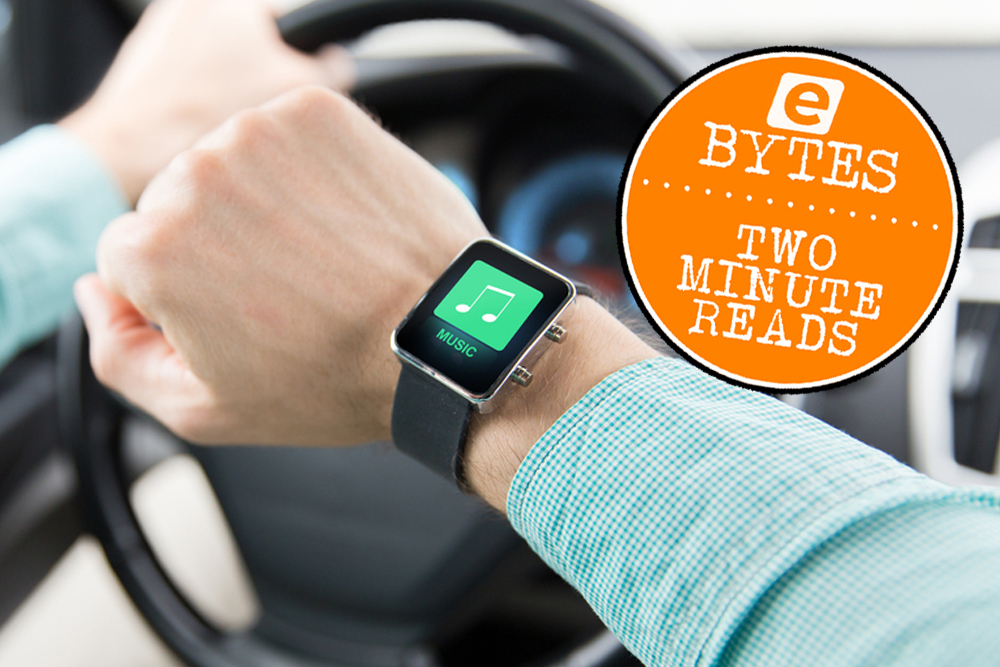 Safety first in all things, right? Not for some, it would seem – as a shocking statistic has revealed following a brand new survey. It shows that 43 percent of drivers use their smartwatch despite them being behind the wheel.

‘Reading a message’ was the most frequently given reason for people to look at their device while behind the wheel, with 18% of drivers admitting to this. Closely following, at 16%, was ‘accepting or declining a call’. The next most common reasons were ‘replying to messages’ and ‘skip music track’, with 14% of people admitting to each. Coming in at 10% was ‘reading sat nav instructions’, while ‘scroll and find a playlist or song on Spotify (or other music streaming service)’ was 7% of people.

Men were more likely to check their smartwatches than women, with an incredible 49% revealing they use the devices while driving. Younger drivers were more inclined to use their smartwatch while at the wheel – an alarming 58% of those under 34 years old. Between 35 and 54 years old the percentage decreased slightly, to 43%, and usage in those over 55 was just 7% (which suggests that 55 year olds are more safety conscious – and, of course, that far fewer of them own smartwatches).

Nick Zapolski, founder of ChooseMyCar.com, the company which commissioned the survey of 2,000 smartwatch-owning drivers in January 2022, said the results showed a worrying disregard for the dangers of using these devices while driving: “These statistics show a terrifying trend of UK drivers – especially younger ones – feeling that it’s acceptable to use their smartwatches despite how this impacts their driving. As the use of these devices becomes more prolific, that means there will be literally millions of drivers behaving like this.

“Studies have shown that smartwatches are actually more distracting to check while driving than mobile phones, and yet the rules and regulations around using them are not clearly in place. It’s a disaster waiting to happen and we would urge the Government and smartwatch producers to take action on preventing drivers from using the devices.

“There’s currently very little clarity or publicity around the legalities of smartwatch use while driving, and if that continues it’s going to cost lives.”

What is a smartwatch?

Smartwatches were designed to be the ultimate convenience. As well as being a timepiece, a smartwatch is an internet-connected device which can keep you up to date (on the time, messages, the news, your socials etc) without you having to whip your smartphone out of your bag or pocket every time you hear a notification. In addition, a smartwatch can provide many other apps and features including health and fitness or GPS, etc. However, has this survey revealed that the ultimate convenience has actually become the ultimate distraction or the ultimate danger?

At Ebuyer we stock a selection of smartwatches and smartphones to suit all budgets. You can also browse our website, here.

As ever, we would urge you to use any of your tech safely and responsibly. Consider the impact of your actions (however small those actions may be) on yourself and others – particularly when you are the driver of a vehicle. If you feel that you must use your smartwatch while you are at the wheel, then perhaps the best advice we can offer is to pull over at the earliest convenience and in the safest place (as you would if you needed to use a smartphone). Ulitmately, staying safe is more important than social media!