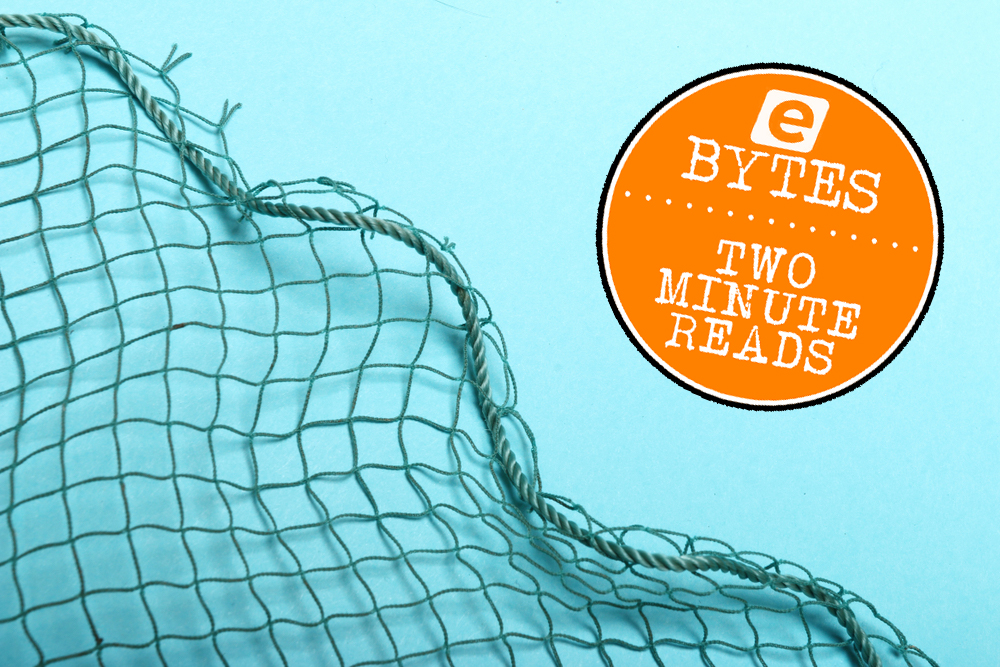 Samsung has announced its latest range of Galaxy smartphones – and there is an impressive move towards eco-friendly sustainability. Galaxy For The Planet is the branding given to the tech giant’s five-year plan to eliminate plastics in its packaging and to stop manufacturing waste going to landfill. The new Samsung phones have been manufactured using some recycled materials – including fishing nets, plastic water bottles and CD cases.

The water bottles and CD cases are reprocessed and used in components. The fishing nets, made from nylon, are turned into polyamide resin pellets which are used in the manufacture of the brackets which hold the power key and the volume keys of the phone in place. The company expects this move to mean over 50 tons of fishing nets will be prevented from entering the ocean.

Nearly 50% of ocean plastic is fishing nets. The catastrophic impact of these nylon nets on oceanic wildlife and the environment is increasingly documented. Nylon is a man-made polyamide (naturally occurring polyamides include wool and silk) and is a non-biodegradable microplastic.

The nets deteriorate through use, and are eventually dumped (as they cannot be recycled, past a certain point of degrading). They trap fish, dolphins, turtles and other marine life, affecting the ecosystem. Later on they decompose into microplastics small enough to enter the marine life food chain – and therefore, eventually, the food chain of humankind.

Environmental sustainability, and climate change, are massive topics which have been increasingly high profile, as people wake up to the fact that the activities of mankind are having a detrimental effect.

Around the globe during the last twenty years societies have caught on to the notion of recycling – from the domestic level (think about when you ‘put your bins out’ at night) to the artistic. Kenya’s women-run marine charity Ocean Sole Africa, annually collects over 100,000 pounds of discarded flip-flops from the coast and upcycles the plastic waste into beautiful art.

It is, however, the efforts made by leading manufacturers to mitigate, and moves towards finding sustainability solutions which will have the largest impact on the future. Any moves should be celebrated as a step in the right direction – but there is always much more that can be done. Samsung says it plans to remove all plastics from its mobile packaging within three years.

What of the company’s new phones themselves? The upcoming models have improved features such as the option to use a stylus, and better camera capabilities such as 108 megapixel with 10x optical zoom. They will be available by Easter this year. The Galaxy range has, of course, been a flagship for Samsung, and a worthy rival to the ubiquitous iPhone from Apple. There is already an array of extremely high quality Galaxy phones available, amongst other Samsung products – and, as ever, Ebuyer stocks what you need.

Online game Wordle sells for big M _ _ _ Y
Online Safety Bill reaches Parliament – but what does it mean?
To Top