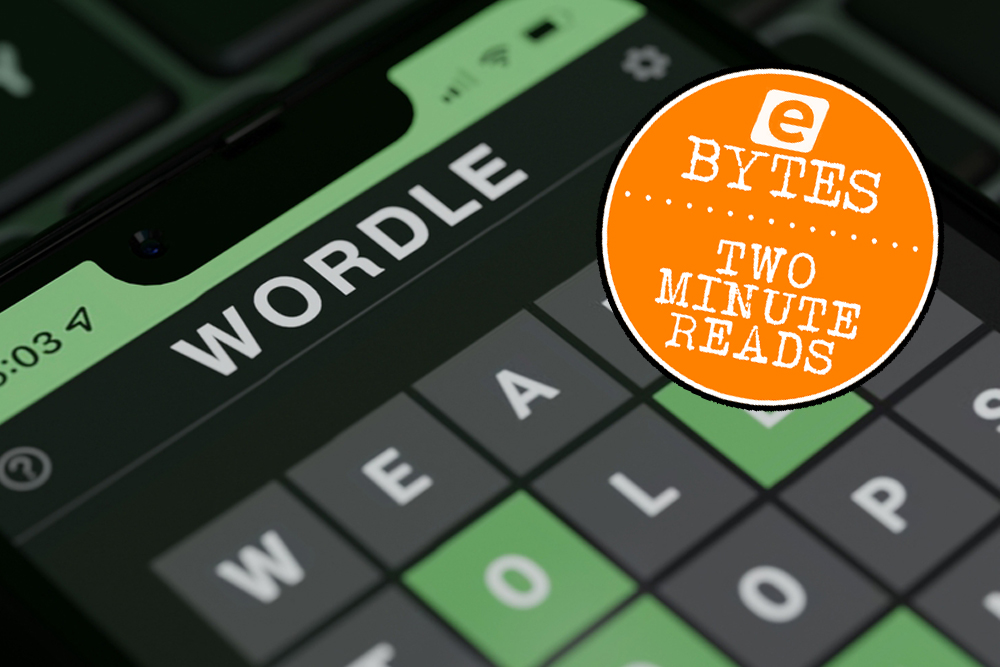 Wordle is a simple game which features one hidden five-letter word. Players enter guesses into a grid, with the aim of revealing that word within just six attempts. That’s actually not as easy as it might sound, and so Wordle really gets the grey matter working. For that, it is highly addictive.

Creator Josh Wardle, a Reddit engineer, devised the game to play with his partner during lockdown. He launched it online for the public in October last year, with initial figures suggesting the game gained 5,000 visitors per day. Within just a few months of word-of-mouth (and social media shares) it has amassed millions of regular players worldwide – somewhere in the region of 45 million! Unsurprisingly, Wordle has now been sold (for an undisclosed seven-figure sum) to the New York Times (NYT). The NYT has said, “the game will initially remain free to new and existing players”.

Wardle said: “It has been incredible to watch the game bring so much joy to so many and I feel so grateful for the personal stories some of you have shared with me – from Wordle uniting distant family members, to provoking friendly rivalries, to supporting medical recoveries.

“I’ve long admired the NYT’s approach to their games and the respect with which they treat their players. Their values are aligned with mine and I’m thrilled that they will be stewards of Wordle, going forward.”

Whether Wordle can survive the hurdle of being monetised is open to debate. Much of the appeal of the game’s current format is that it is not a high-concept console or gaming PC title, and is completely ‘anti-fuss’. A new Wordle game is posted at a free-to-play website each day – so, at just one per 24 hours the new game becomes something to look forward to rather than something to overdose on. The puzzle is very simply presented and absent of bells and whistles – which is quite a novelty in this info-overload digital world we now inhabit. Try Wordle here.

Ebuyer stocks a range of tech on which you can access your daily fix of Wordle. From smartphones to tablets to laptops and desktop PCs, Ebuyer offers big V _ L U _ !