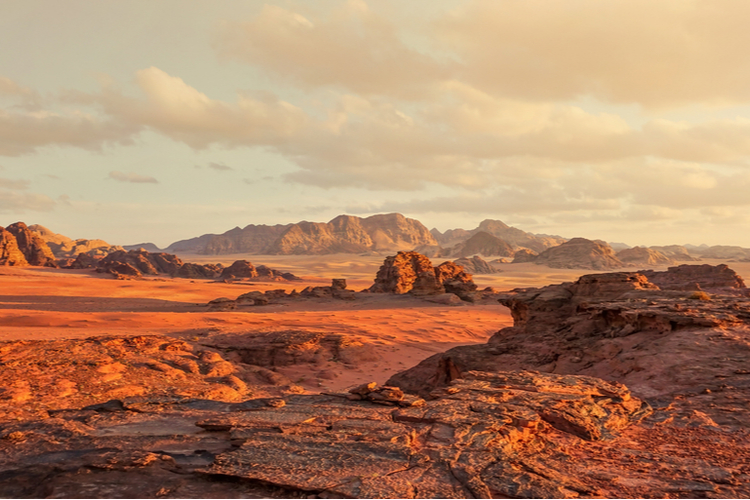 With house prices going through the roof, it may be that you are thinking of buying a semi on Mars… somewhere with less traffic and no nosey neighbours. But how will you do that, as there are no supermarkets there? Not even a corner shop with late-night opening for those ‘we’ve run out of milk’ emergencies!

Well, the boffins at NASA have discovered that mushrooms have the capability to turn asteroids into soil – and then we can plant all the veg we want. Thus, we can survive!

UCLA administrator Jane Shevtsov has teamed up with NASA scientists and researchers at the mushroom company Fungi Perfecti to explore how fungi could help turn asteroids into soil.

The idea struck her when she was watching a video about the role of fungi in early soil formation on Earth. Well, we guess she has to spend her Saturday nights doing something! Anyway, she apparently said to herself, “I bet fungi can digest the organics in the asteroid because they do that kind of thing on Earth, and maybe they can even make soil out of that, so, let’s feed asteroids to fungi.” We were going to suggest that ourselves!

This isn’t just about trying to unlock the secrets of the universe – it’s about trying to see if we could survive within it. In the future, no one knows what’s going to happen, and it could be that some of us may be forced to live somewhere in the solar system. But, before we can set off, we have to know if we can survive – and that means growing our own food.

The team then whittled the mushroom varieties down to the three most effective and from those, the ‘winner’ was what is commonly known as the oyster mushroom – which is a white-rot fungus known for breaking down complex hydrocarbons.

Yes, our very future could be down to the mushrooms you can buy in Asda. Now whatever you do, DO NOT start panic buying!

Buy as much tech as you can before the end of the world. Click here.

SpaceX and Mars: What planet is Elon Musk living on?
To Top