How classroom tech has evolved 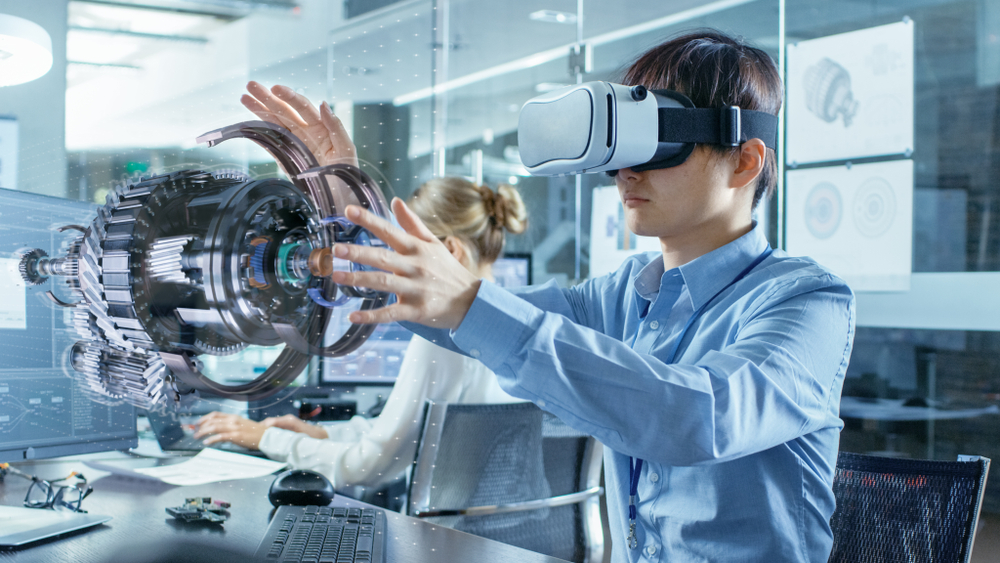 In 2021, most students have more than enough tech at their disposal to fill a decent-sized satchel. But how did school children manage to function in years gone by, when the latest tech release was a piece of chalk and a slate? No matter how primitive the tech, it has all made a huge impact on the lives of students around the world. We’re going to take a look at how classroom tech has evolved, and predict where it will be thirty or so years from now.

In the mid-sixteen hundreds, the ‘tech’ of the day consisted of wooden paddles and printed lessons called Horn-Books. These were used to help students when learning verses, which were the cutting-edge teaching-aid of their day.

Let’s jump forward through our education time-portal to the late 1870s where the technology had advanced to include an early version of the slide projector, called a magic lantern. This lantern projected images onto glass plates which could then be traced. But these were about to be replaced in double-quick time, as at the turn of the century the Chalkboard was launched. This was joined ten years later by the humble ground-breaking pencil. These were seen as advanced educational tools at the time, and they are still used today – particularly pencils.

Radio arrives with a bang

When radio arrived in the 1920s, it immediately opened up a whole world of possibilities. Many people will remember the TV show ‘Skippy the Bush Kangaroo’ – and how the children in it who lived in the Australian outback received their schooling via the radio. And you know what? They still do – such is the impact of radio. Millions of children around the world were soon enjoying their education in a totally different way.

Not long after the radio took hold, the iconic overhead projector arrived. Many people will remember their teacher struggling to find the correct piece of acetate and then hopelessly trying to get the thing in focus. Following close behind the overhead projector came the ballpoint pen in 1940, followed by headphones a decade later.

Oh no, here it comes!

Then came one of the most infuriating machines ever produced. Yes, the photocopier came along in 1959 – which was great, but no one could use it until 1967 when ink was invented. Of course, we’re joking. The photocopier quickly established itself as the answer to many teacher’s prayers as it allowed them to mass produce material at a moment’s notice.

In 1972, the handheld calculator made its debut in the educational world, with thousands of schoolkids thinking it was the end of their maths problems. Unfortunately it wasn’t.

The pre-computer years saw huge numbers of children actually being educated, and the rising numbers meant that there was a clamour for new and more efficient methods of instruction. In the USA there were approximately a million schoolchildren at school in 1930. By 2012, the number had risen to 21.6 million.

The first computers were actually developed in the 1930s and as you can imagine, they were about the size of a detached house. The type of computers we use today first came out in the 1980s with the first portable computer weighing 24 pounds and cost almost £2000.

In 1982 the world woke up to the future, with Time Magazine naming the new IBM computer it’s “Man of the Year”. Time declared, “it is the end result of a technological revolution that has been in the making for four decades and is now, quite literally, hitting home.”

And here come Toshiba (and Apple!)

The first mass-market laptop was released by Toshiba in 1985, a year after Apple had released its Mac (which later evolved into the Powerbook). What you have to remember is that even though computers were hailed as the future, there was still no World Wide Web at that time, so you couldn’t book your Glastonbury tickets or do your shopping online. All that never existed. What on earth did people do with their spare time??

The year was 1990 and British researchers developed Hyper Text Markup Language. What’s that? it’s HTML! Then, in 1993, the National Science Foundation removed restrictions on the commercial use of the Internet, and the rest, as they say, is history – along with frustration when you lose your signal!

And so, the world was changed forever. By 2009, 97% of classrooms had one or more computers, and 93% of classroom computers had Internet access. And as the internet took a grip, along came interactive whiteboards and digital cameras to utilize the new technology. 83% of students now own or have access to a laptop and over 50% own a Smartphone.

Where do we go from here?

Do you remember when MySpace was launched in 2003? Or Facebook in 2004? Or even Twitter in 2007? All have helped to fundamentally change how we communicate, both personally and in business. These platforms haven’t just changed how we interact socially, but also how we educate.

Many teachers use social media to communicate directly with their students, or to form forum-style groups for students to communicate with each other, and the method is invaluable in providing one-to-one tuition when answering student’s questions and concerns.

The classroom in 2021 is more than just a classroom, it’s a hotbed of technological advances. Many teachers are now proficient in IT, and due to Covid, tech has developed even further due to the need to hold classes remotely. But where will technology take us in the future?

Biometrics – a technology which recognises people based on certain physical or behavioural traits – is on the technological horizon. This science could be used to recognise the physical and emotional state of students in the classroom, altering course material to tailor to each individual’s needs based on biometric signals. Is that a step too far? It can take half an hour just to do the register in some classes, so technology is going to have to be pretty incredible to recognise behavioural traits – and think of all the extra admin!

Another advancing technology is Augmented Reality (AR) which companies – including Ebuyer – have already started to use. This technology could open a whole new world for education. AR Glasses (or even contact lenses) will layer data on top of what we naturally see, to allow for a real-world learning experience.

For example, a student wearing AR Glasses could potentially sit at his desk and have a conversation with Thomas Edison about invention. It was Edison, after all, who said that “Books will soon be obsolete in schools. Scholars will soon be instructed through the eye.” Yet, we’re sure that even Edison would hardly believe his peepers at the advances in technology since his time.

Multi-touch surfaces are commonly used through equipment such as the iPhone, but the technology could become more relevant to education through entirely multi-touch surfaces, such as desks or workstations. It’s not inconceivable that students will work with others all over the world directly by touching the surface of their desks.

As technology develops at an unbelievably fast pace, it seems that one technology hardly becomes established before it’s replaced by the next. The internet has brought a vast amount of information right to our fingertips, and all this information brings new responsibilities to the teacher. As time goes by, teachers will need to stay well-informed of current and emerging technologies and training will be imperative if the world of education is to embrace new advances in the classroom and online. Is this the final nail in the coffin for the humble piece of chalk? Let’s hope not.

Ebuyer has all the tech you need for the classroom and much, much more. Take a look here.