What is Chromecast and will it work with a desktop PC? 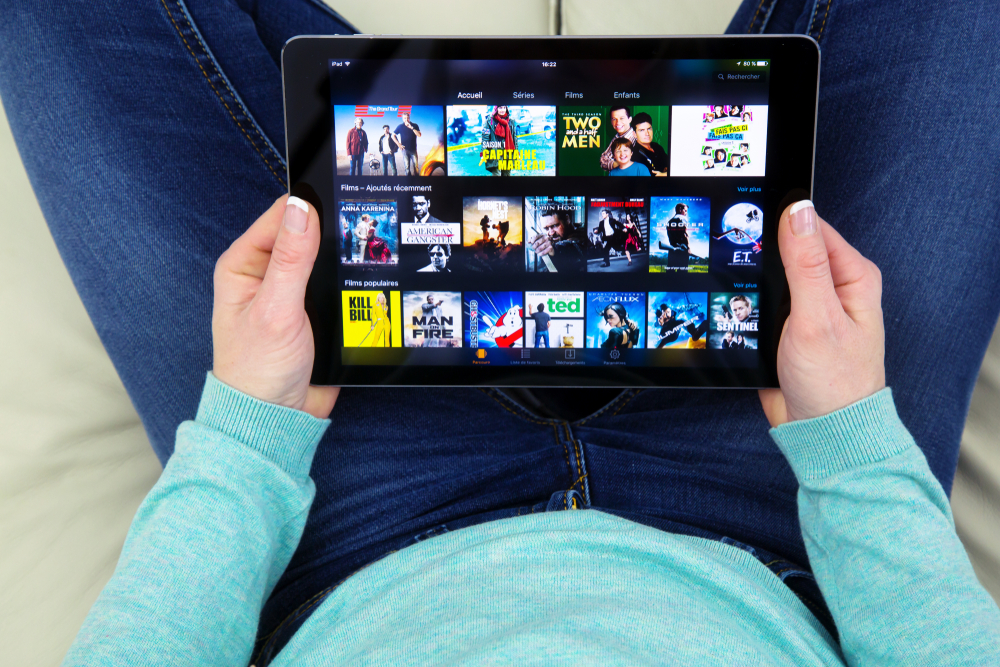 Google Chromecast is essentially a device which – once plugged into one of your TV’s HDMI ports – can connect to your phone, tablet, or laptop and allow you to watch streaming services on your TV. It’s a very simple concept and is very easy to set up and use. You receive a Chromecast ‘stick’ which looks similar to a USB stick, and it plugs into any HDMI port on your TV.

The Google Chromecast Ultra works exactly the same way, except it offers much faster load times, an ethernet adapter, and 4K HDR streaming.

Chromecast with Google TV includes a smart remote and the Google TV interface for navigating content. This allows users to navigate apps on their TV, change the volume, TV input, and even search using voice commands from the remote.

What does Chromecast support?

Chromecast supports every major streaming service, including Disney Plus, Netflix, Britbox, and Amazon Prime Video – so you’re not going to be disappointed with the variety of programmes on offer.

For quite a while now, Chromecast has been one of the most popular ways to stream on a budget. Now that it has a traditional remote and user interface with the Chromecast with Google TV, it has become one of the best streaming devices around.

The first Chromecast was launched by Google in 2013 and was quickly updated in 2015 and again in 2018. Each update has added more speed with stronger Wi-Fi to make the connection much more stable.

Back in 2016, Chromecast Ultra was launched which offered something extra: The ability to cast 4K streams. An additional plus is that Chromecast Ultra also supports Ethernet besides Wi-Fi connectivity, to ensure strong connection for those demanding streams. Chromecast Ultra is still used, as it’s the device to get Google Stadia onto your TV.

Chromecast with Google TV launched in 2020 and this offered something different: A full user interface, with native apps. This means that you don’t need to cast everything, you can use it just like a streaming stick, a rival to Roku or Fire TV. It’s widely acknowledged to be much more user-friendly than all its competitors.

Google also offered the Chromecast Audio. Unlike the other three Chromecasts it doesn’t support video. Instead Audio lets you wirelessly “cast” to speakers and connects via a 3.5mm connection, although this version isn’t widely available – mostly because audio casting is widely supported by smart speakers directly.

How does Chromecast work?

The important thing to realise about casting is that it isn’t about sending the content from your phone to the Chromecast dongle (or stick). In the vast majority of cases, all you’re doing is using your phone to tell the Chromecast device what content to play by pointing it at the source. Chromecast then uses its own connection to retrieve that stream in the best quality it can.

That means that if you connect a Chromecast Ultra to a 4K TV, for example, it will play 4K content that you can’t view on your phone.

However, if you’re mirroring your phone on the TV, or viewing a website, then you’re sending that directly from your phone or computer directly to the Chromecast and both need to stay connected. This is the case if you’re casting your Android device screen, a tab from Chrome or your Chromebook desktop.

What do you need?

As we mentioned at the start, in order for Chromecast to work, you need to plug it into an HDMI input on a TV/display, as well as connect it to a power supply. On Chromecast this could be a USB socket on the back of your TV. For Chromecast Ultra it has to be a wall socket, or there isn’t enough power for it to work.

You also need a compatible Android device or iOS device with the latest version of the app – now called Google Home – installed, or you need a compatible Windows computer, Mac, or Chromebook with the latest version of the Chrome browser installed. The Google Home app is the same app you use to control other Google hardware, like Nest Hub, and to setup smart home features to control via your phone.

It’s important that your Chromecast and device or computer are connected to the same Wi-Fi network. Otherwise, you cannot cast to your TV.

Setting-up Chromecast is really simple. The process involves plugging your Chromecast into your TV’s HDMI port and a power source (either via USB on your TV or a wall outlet), then installing the Google Home mobile app on your mobile device to begin the setup process, and following the app’s setup instructions.

The app will automatically find your Chromecast and prompt you to connect it to the same Wi-Fi network connected to your mobile device.

Will Chromecast work with a desktop PC?

The answer to this popular question is ‘Yes’.

But: This feature works only from Windows computers, Mac OSX, Linux and Chrome OS devices such as Chromebooks, Chromeboxes, Chromebases, and Chromebits. This is different from casting a tab – which is when you’re sharing the contents of an individual browser tab. However, when we say Chromecast Desktop, we mean you’re sharing the entire computer screen to your TV.

What can you do with Chromecast?

There are tons of things you can do, including: Casting movies or TV shows along with photographs from apps which are cast-enabled on Android smartphones and tablets, iPhones and iPads.  You can also cast entire sites or tabs from the Chrome browser on Windows computers, Macs and Chromebooks. To manage your Chromecast, use the Google Home app or Google Cast browser extension.

It’s important to remember that there is no user interface and no remote required at all. Chromecast is controlled directly from your phone or computer.

It is also easy to cast your Android screen to your TV, or from apps on your mobile to your Chromecast.

How to cast. Is it easy?

Yes, it really is quite easy. Once you’ve set up Chromecast, all you have to do is tap the Cast button from a Cast-enabled app such as YouTube and the content will appear on your home TV straight away. It couldn’t be much easier than that!

As soon as you’re casting, you have to remember that your phone controls everything. So, to play, pause etc, you HAVE to use your phone to make anything happen.

Which apps and sites are Cast-enabled?

Casting to your TV is an easy way to enjoy mobile apps on a big screen – and so the bigger your home screen, the better! Your mobile phone or tablet will control everything.

If you go into the Google Home app, you can tap ‘What’s On’ to browse all the content from Cast-enabled apps which you’ve previously installed. If you tap ‘Get Apps’, a list of Cast-enabled apps will appear, and if any of them take your fancy go ahead and install!

Some of the big apps include: Netflix / Amazon Video / Spotify / Angry Birds with Friends / Google Photos / YouTube / Google Play Movies / Spotify / BT Sport / BBC iPlayer. Of course, there are many thousands more, if you have the time to flip through them all!

There are almost unlimited entertainment options when it comes to casting, but using Chromecast to share your photos is a really easy and popular thing to do. If you’re using the Chromecast with Google TV, then the majority of apps will be on the device itself already, so you don’t have to worry about casting.

How do you know if a website is Cast-enabled?

You will see the Cast button on the website (see Cast logo below) within the video player. For sites that are not Google Cast-enabled, you can use the Cast extension to view the content on your TV.