What’s so good about desktop PCs? 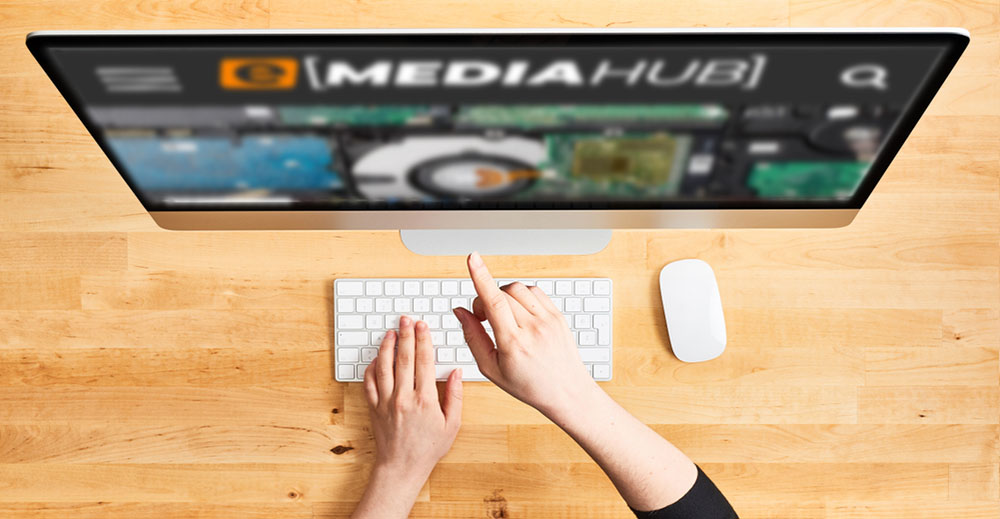 As ever, it’s an interesting question – and it’s one we’ll answer in this brief ‘beginners guide’… The desktop PC is, relatively speaking, a long-established part of life. There’s no getting around the fact that much of our existence, our ability to interact with the world, is somehow now connected to computers – whether that be laptops, tablets, smartphones etc – but the desktop PC is the Daddy of the lot. Why?

What is a Desktop PC?

The traditional computing device is most recognisable as a box, probably black, which sits on, or under, your desk. Within it are all of the components which go to make up a computer – a motherboard, the central processing unit (CPU), probably a graphics card, and so on. This box, containing these things, is the most important part of your set-up and we will discuss it in more depth a little later. But something to immediately take account of is that you won’t get very far with using a computer unless you have a few other things, known generally as peripherals, to go with it.

A monitor is the user’s interface with the computer. It’s an output device which takes a signal from the computer itself and interprets it as the visuals you see on screen. This is the graphical interface which allows users to view what is going on with the computer. Monitors are similar to TVs but usually display information at a much higher resolution.

On desktop PCs, monitors connect via a cable to a port on the video card or motherboard in the computer. Monitors are built-in on laptops (though it is also possible to connect a laptop to an external monitor).

Modern monitors are generally LCD which means they are much thinner than monitors used even only ten to fifteen years ago. They provide better graphics quality than ever before, too. OLED is a type of monitor which is an improvement even on LCD. It offers even better colour and viewing angles but also requires more power.

Some monitors have integrated accessories such as a webcam, which is handy for online communication and, of course, for meetings. Webcams have, in fact, become an essential part of the computer experience for many workers during the 2020 / 21 pandemic, as more and more businesses have required that their employees communicate in using programmes such as Zoom and Microsoft Teams.

This is the peripheral on which you will input text and other commands into the computer. Many different keyboard layouts are available around the world, but most English language keyboards are modelled on the QWERTY system, so anyone who has typed in the days pre-computers will be more than familiar with the layout. Other languages have different default formats (such as QWERTZ in Germany and AZERT in France).

Most keyboards have numbers, letters, symbols, arrow keys and numeric keypad, and so on, with some also having additional functions such as volume control, and buttons to power down or put the device into sleep mode. Not all keyboards need to be ‘wired in’ as there are wireless versions available which can ‘do the job’ just as well as physically connected keyboards.

The mouse part of your computer set-up is, like the monitor and keyboard, a pretty essential part of your set-up. It’s a hand-operated input device used to manipulate objects on the screen. Movement detected by the mouse translates into instructions to move the on-screen cursor to interact with files, windows and other software elements. Like keyboards, mice communicate with the computer either wirelessly or via a wired connection.

Mice are always roughly the same size and shape, though there are many different designs available (particularly when you look into the gaming mice category). Mice are designed to fit either the left or right hand, and to be used on a flat surface.

A standard mouse has two buttons towards the front (so that users can either ‘left-click’ or ‘right-click’, and there is usually a wheel in between them (so that users can scroll the screen up and down). There can be several more buttons offering a variety of other functions.

Power in processing, and RAM

If you’re talking about a comparison between laptops and desktop PCs then one of the things we should mention straight away is that desktops are often much more powerful than laptops.

Amongst the important components of a desktop PC is the CPU. The Central Processing Unit is, in effect, the brain of your device as it does all the computational work. CPUs are the component which executes all of the instructions you input into the computer, and all of the processes required for programs to run correctly. The most common and capable manufacturers of CPUs are Intel and AMD, and Ebuyer stocks many models from their ranges.

Random Access Memory is another crucial part of any computer device. RAM is the storage the computer uses to put temporary information. An insufficient amount of RAM can mean that programs run slowly and, in some cases, crash altogether. 8GB is a good starting point for general desktop PC users, but if you’re going to be using your device for gaming, graphic design or light video work, then you’ll need 16GB or 32GB of RAM for the computer to work well. In fact, 64GB or more might be worth considering for very intensive tasks.

Lack of portability as a strength

Desktop PCs are solid, reliable and powerful so when you’re looking for a new device to work or play on, it’s a much better bet than a laptop – unless, of course, portability is a major factor in your choice of device.

Thinking pretty simply about it, when you’re out and about you won’t be taking your desktop PC with you! So it’s unlikely to get damaged because it won’t be subject to the regular drops or serious knocks encountered in day-to-day use. We’re not saying a desktop PC is 100% safe from harm – no-one could offer that guarantee, because it depends on your lifestyle and how careful you are! But the chances of your desktop PC getting damaged are reduced massively when compared to the chances of a laptop becoming damaged.

Upgrading is easy: A major upside!

Upgrading your PC’s storage capacity means extra space for all of the files making up your software, documents, games videos and more. The way to upgrade the storage capability of your PC is to install a larger HDD. It’s a pretty straightforward task even if you don’t have that much experience or confidence with the inner workings of desktop PCs. You can also upgrade the performance of your PC by swapping out the CPU for something more powerful and switching the current graphics card for a better one. Before you undertake any of these upgrade tasks you must check that the PC’s motherboard can handle the new bits of kit you want to install, first.

So that’s some points worth considering, which we think answer the question “what’s so good about desktop PCs!” and which give you a decent guide to reasons you could invest. If you’re not bothered about portability you’ll find that a desktop PC is a much more efficient way to spend your money. At Ebuyer we’ve always got loads of desktop PCs in stock plus, of course, gaming PCs too!