What’s the difference between storage and memory? 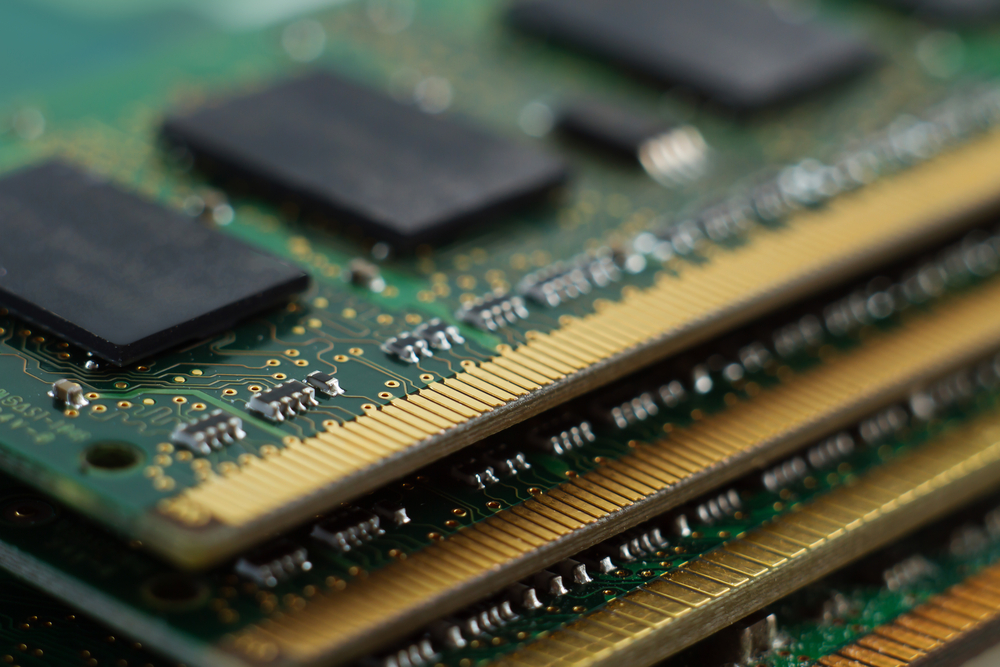 It may surprise you but, in computing terms, storage and memory are actually two different things – though people often interchange them and confuse one with the other. More specifically, people often think that the device within their computer set-up which stores data is the memory. Though storage does ‘remember’ things, it’s not actually ‘the memory’.

Maybe the confusion is understandable – because it comes due to the fact that both memory and storage are measured using the same units: bytes, kilobytes, megabytes, etc…

In this article we’re going to explain a bit about memory and a bit about storage. What memory is for, what storage is for… and how they work. First of all, though, we should probably go ‘back to basics’ (or at least head in that direction) so that we can ‘explain outwards’ from there…

Shop all of your PC requirements at Ebuyer

What makes up a computer?

Computer hardware is comprised of three parts. They are:

Memory and storage work in tandem with your system’s CPU to access and use data. But how do these things do that? How do they work in unison when it comes to data? Basically, when the computer is powered up and running, the CPU will transfer the data that needs to be operated out from the secondary storage and in to the memory. After the operation is completed, the CPU will transmit the result back to the secondary storage.

Memory is the link between the CPU and the data in your computer. It’s the most essential element of a system. Memory consists of main memory and cache.

The cache is a small portion of the CPU which is used to stores images, code and other frequently used or referenced things to avoid downloading them repeatedly during a session. The main memory includes two types: RAM (Random Access Memory) and ROM (Read Only Memory). The RAM is volatile memory while the ROM non-volatile memory. Let’s dig in to this.

RAM is often also referred to as ‘primary memory’. Your computer stores everything that it’s ‘thinking about’ in RAM.

RAM exchanges data directly with the CPU. RAM is volatile. What this means in simple speak is that when you shut down your computer, any of the data stored in the RAM does not stay. This fact highlights the necessity of saving important things such as word processing documents, photographs and the like on a long-term storage device (most probably a hard drive).

Data in RAM comes from storage devices. When you are trying to access to a file, it will be copied from storage devices and then you can look through and edit it in the memory. If you don’t save it again before you switch off the device, the changes you have made will be lost.

It can be read and written anytime with a high speed. Usually, it runs much faster than almost all access devices, and its access latency is negligible compared with other storage devices involving mechanical operation, such as hard disks and CD drives.

Read-only memory (ROM) is different to RAM, in that it is classed as ‘non-volatile’. The data stored in ROM is stable and unable to be lost even when the computer is powered down and switched off. As the name suggests, data stored in ROM may only be read. That’s not to say it can’t be altered, using the appropriate software or method, but generally this data is either modified with extreme difficulty or not at all.

How do ROM and RAM work together?

A fundamental way the ROM and RAM ‘cooperate’ is when you boot up your system. In those few seconds after you hit the ‘power’ button of your PC, the screen does not appear. It takes time because there is a series of start-up instructions (stored in ROM) which have to be worked through to start the computer during the boot.

Can I add more memory?

Yes, you can! The more RAM your system has, the larger amount of data your computer can work with, and the faster programs will run. If you suspect that your system is running slowly due to an insufficient amount of RAM, and if the physical make-up of your computer supports expansion, there is always the option to add more RAM.

It’s always worth, in advance of adjusting and upgrading your system, working out how much memory you need to run your computer ‘properly’ (ie. at a fluent speed). Here’s what those levels are.

2-4 GB: With this amount of memory your computer will be able to handle single programs or applications. It won’t be too fast or efficient, but if your memory is less than 4 GB, you can probably add more RAM to improve things.

4-6 GB: Things like web browsing, working on word processing documents or simple spreadsheets, and emailing, are pretty much covered if you have memory of this capacity installed.

6-8 GB: For basic games and casual multimedia use (working on photographs or streaming video, or playing video or music from discs), you will need this level of capacity. 6-8 GB should also be able to handle multiple programs at the same time.

8 GB PLUS: For serious gamers and high-end content consumers, this is the sort of level of memory you should think about starting with.

If you are intending to upgrade your RAM you should firstly establish exactly what kind of RAM your motherboard supports. To simplify things and make the new RAM compatible with your system, you could opt to buy a memory bar the same as your current RAM but with a larger capacity. In other words, if you currently have a DDR4 memory bar with 4 GB capacity, you could buy an 8 GB DDR4 memory bar.

You need to take the speed of RAM into consideration, because faster RAM speeds allow your processor to access the data stored on it quicker. For best performance, all RAM installed on your system should be the same speed.

Storage refers to the drive on your PC which is the permanent ‘holding place’ for data. It is also often referred to as the secondary storage.

This drive is usually not directly accessible by the computer’s CPU. The PC uses its I/O channels to access the secondary storage and transfer data to the main memory. So you can think of storage as a repository to contain and retain data without the computer needing power. It’s a library, in a way. The data in storage devices can be permanently kept and organised until it is deliberately deleted.

Although most SSDs and HDs are integrated into your system internally, you can still get stand-alone external versions. These storage devices won’t hurt your pocket too much – they are relatively reasonably priced and – of course – fulfil their function very well. They can be used to back up data and expand the available storage space. Externals are usually stored within a hard case which offers protection for the drive itself and an easy interface to connect to your computer (such as simple USB, eSATA, or FireWire).

HDD is an acronym for Hard Disk Drive. A traditional Hard Drive comprises actual moving components. It stores any data on a revolving disc, by means of a magnetic read/write head which travels back and forth across the surface to write or read data. The downside of HDDs is that they are mechanical, so because of these physically moving parts they are more prone to failure than is the case with SSDs. However, a strong upside to the traditional Hard Drive is that it is much cheaper than an SSD (though the price of SSDs is gradually dropping).

SSD is another acronym – this one meaning Solid State Drive. Explained simply, it’s a hard drive which has no physically moving parts contained within it. SSDs work with flash memory instead of the physically spinning disk. Flash memory is memory created by semiconductors joined together by integrated circuits. So, in essence, SSDs work in a similar way to RAM or flash memory though they tend to have far larger capacities.

SSDs are much faster than traditional hard drives since they use these integrated circuits. SSDs use non-volatile RAM (NVRAM) to store data, which is a particular kind of memory circuitry, so everything remains ‘recorded’ and saved even when the computer is switched off.

Despite the fact that SSDs work using memory chips and not a spinning platter containing data that needs to be accessed sequentially, they’re still not as speedy as the computer’s RAM. In part that is due to the data bottleneck created by the interface that connects the device to the computer. But we’re not really talking hours here.

SSDs are fast, they consume less power than a ‘regular’ hard drive, they generate less heat and they can take up less space. In addition they are not as susceptible to magnetic fields or to physical movement, so they are really suitable for portable use when you are out and about and need to store your data on-the-go. The downside of SSDs is that, at the moment, they will cost you more, so in a way your storage capacity will be based on both your budget and your system needs.

Shop all of your PC requirements at Ebuyer

Ebuyer stocks a range of memory and storage and – as ever – we recommend that you get a thorough and detailed idea of exactly what it is that you need to upgrade and improve your system and, therefore, your whole computer experience. You can easily browse our website to get ideas of what might be suitable in meeting your criteria. As ever, happy computing!