Why Desktop Computers Will Never Die… 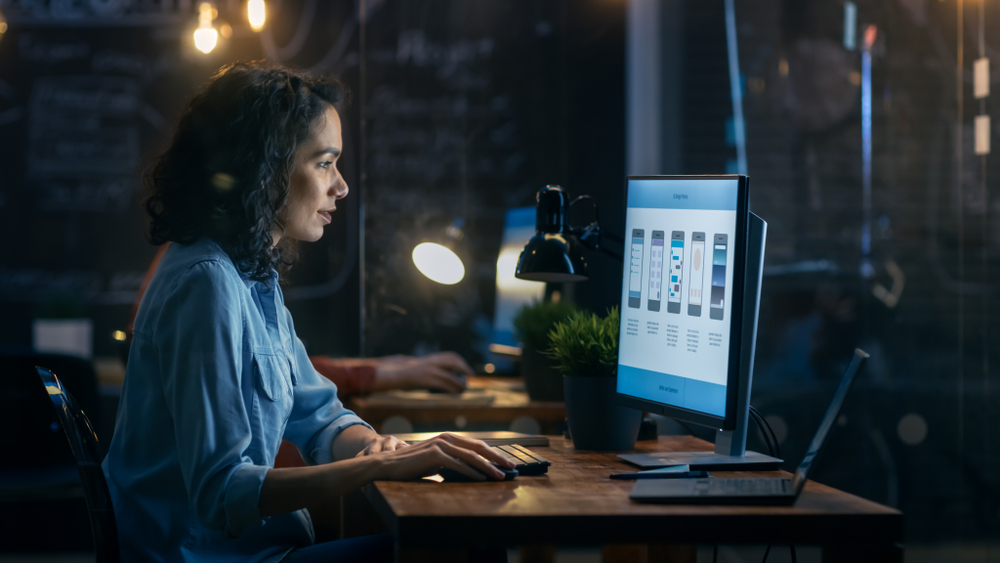 When you stop to think about it, the evolution in computer technology since the early prototypes has been incredible.

From the very first ideas of ‘computing machines’ back in the 19th century, through to the early prototpyes in the mid-20th century, the one sure thing has been that the technology continually develops.

But giant computers the size of entire rooms which had (by today’s standards) really rather feeble processing power have long since been confined to the dumper of history – thankfully.

We are at the point on the curve where each of us has a smartphone with a sophisticated and quite powerful computer in the palm of our hands. But this article asks: Is there actually an optimum size for a computer? Is there a shape and dimension which offers enough processing power but also enough physical presence to satisfy ‘ordinary’ human beings?

Actually, we think there is.

As much as we love laptops, tablets, raspberry Pi-type devices and smartphones (and here at Ebuyer we love all of them deeply) it’s probably the good ol’ desktop PC which floats our computing boat the most. Think about it – a desktop PC is big enough to contain all of the components which are powerful enough to tackle our everyday tasks with great ease. Or it can house all of the state-of-the-art processing and graphics hardware required for some really top-end gaming. The desktop PC is also a great shape. Obviously there are variants in the general shape, but  ‘feels’ like a computer should feel.

So let’s take a look at some of the desktop PCs strengths, shall we? Some of the things which offer a desktop PC a distinct advantage over other computing devices.

Desktop computers are easy to upgrade

It’s a well-known fact that upgrading a laptop can be quite an intricate process, and one which is often best-handled by an expert. Think about it – a laptop is a mugh ‘tighter packed’ device, with all of the internal components located in a really confined space. A desktop PC offers much easier access to its components, many of which can be easily replaced or upgraded.

Upgrading your PC’s storage capacity means you’ll gain extra space for software, games, videos and more. The way to do this is by installing a new and larger HDD – which is a relatively simple task, even for those who don’t have much experience of the inner workings of their desktop PC. You can also alter the performance specs of your desktop PC by changing out the processor for something more powerful, and altering the graphics card to something more capable. Obviously you must check whether your desktop PC’s motherboard can handle new bits of kit, first.

One of the most brilliant things about upgrading your desktop PC actually has nothing to do with replacing the internal components. Though it’s always desirable to ‘keep on top’ of making changes to the inner workings of your device, to ensure that you are operating on full computing capacity and potential, there is another way to make your machine something special.

Case modification (or ‘modding’, as it is sometimes known) means taking the basic outer case of your computer and exposing it to your own creative magic (with a bit of DIY and design work thrown in). Put really simply, case modding is the practice of altering the appearance of your computer case so that it’s unique. By altering the original case – adding bits, taking bits away, sticking things on, repainting, redesigning… you can have a totally unique-looking desktop PC which will make a real statement.

There are really cool websites out there which will tell you how you can go about making modifications to your PC case, and guide you through the process – or at the very least give you some idea of the amount of work required to get your case from standard black to galaxy-level amazing. And there are galleries on websites which show off some of the more spectacular modifications to have been crafted and created by PC users.

We’d never go quite so far as to say that your imagination is the limit (because obviously your device still has to function properly, so that is something you need to take into consideration when you’re looking at making any physical changes to the form of your desktop PC case, which could impact the internal workings). But your creativity is your limit. There are some amazing case modifications out there in the world – things you wouldn’t believe. At Ebuyer we’ve blogged about this phenomenon in the past, so take a look, here.

Can’t I also do something with my desktop PC lights?

Yes, you can. One way to almost instantly improve the ‘vibe’ your desktop PC offers is to rig out your PC case with amazing RGB lighting. Fitting out your PC with LED light strips is a great way to change the look of your device, and it’s one often favoured by gamers who want that ‘extra something’ in their aesthetic. You can turn a dull-looking PC into something ultra-modern. The lights are quite easy to fit too. It’s as simple as identifying the areas of your PC which you think will look cool with lights, and then attach the LED strips (which are, generally, magnetic so will be easy to fit).

I want something discrete – isn’t a desktop PC a bit too big?

You’ll possibly be quite surprised by this. But there are many desktop PCs on the market which are much smaller and more compact than you might imagine. Desktop PCs are now much more aesthetically pleasing than they used to be, in terms of their size. They’re no longer the big ugly boxes they used to be.

The development of smaller desktop PC casings is a sort of micro-version of the whole history of computers, really. From those room-sized machines to those fairly modest desktop devices… As the technology which is used to make up the components inside a computer has shrunk in size as things have developed over the years, then the need for those huge monoliths to house everything has decreased, too.

Refinement after refinement to the size and efficiency of the components has meant that the humble old desktop PC can now actually be quite a stylish and discrete piece of your home’s ‘tech kit’. You will be able to find a desktop PC which can fit just about anywhere in your home and not ‘dominate’ the room or take over your eyeline.

What’s more reliable – a desktop PC or a laptop?

A desktop PC is more reliable than a laptop. There’s a pretty obvious reason for this, and that is that a desktop PC is not portable. So you won’t be taking it out and about with you and it won’t be exposed to the chance of becoming damaged. You’ll never drop it, it won’t get knocked about when travelling on trains and buses and you won’t spill a hot drink over it in a coffee shop. It’s a far more robust device. So for that reason alone a desktop PC is more reliable!

And finally, what about money? Will a desktop PC cost me the Earth?

We doubt it! The Earth is not yours to give! It belongs to all of us… but spend a few quid and what can belong to you and you alone is a really great desktop PC. You won’t have to break the bank to finance it. A laptop with comparable specs to a desktop PC would be far more expensive, so in terms of bang for your buck a desktop PC is the way to go.

As long as you’re not bothered about the portability aspect, you’ll find a desktop PC is a more efficient use of your cash. Here at Ebuyer we have absolutely loads of desktop PCs available. Many of them are brilliant for ‘business’ or ‘admin’ or even for just checking your socials and ‘tinkering’ with things like video editing or listening to music or photography. We also stock many great gaming desktop PCs which are kitted out to provide you with a brilliant gaming