Having a security camera set up to protect your home or business will give you piece of mind whilst also deterring criminals. You can rest easy knowing that your property is protected 24/7 and that anybody who attempts to break-in will be caught in the act.

Setting up a surveillance camera system can seem like a daunting task, but with the right guidance it’s a straightforward process. That’s why we’ve put together this guide to give you all the answers you’ll need on CCTV cameras.

What does CCTV mean?

The term CCTV means Closed Circuit Television, also known as video surveillance. A CCTV security camera system is when each component such as the camera itself, display monitors and recording devices are connected directly to each other. Whatever is filmed by the camera is not publicly distributed, as normal TV would be – it’s for your eyes only.

How do security cameras work?

Surveillance cameras work by filming footage and storing it on a recording device for playback later. Once your CCTV camera is in place and switched on, it will record everything within its field of view. This allows you to view footage, should an incident occur. But the camera also acts as a visual deterrent to opportunist thieves.

You can also enjoy peace of mind when you’re out and about, by live streaming the footage from your security camera to your smartphone. 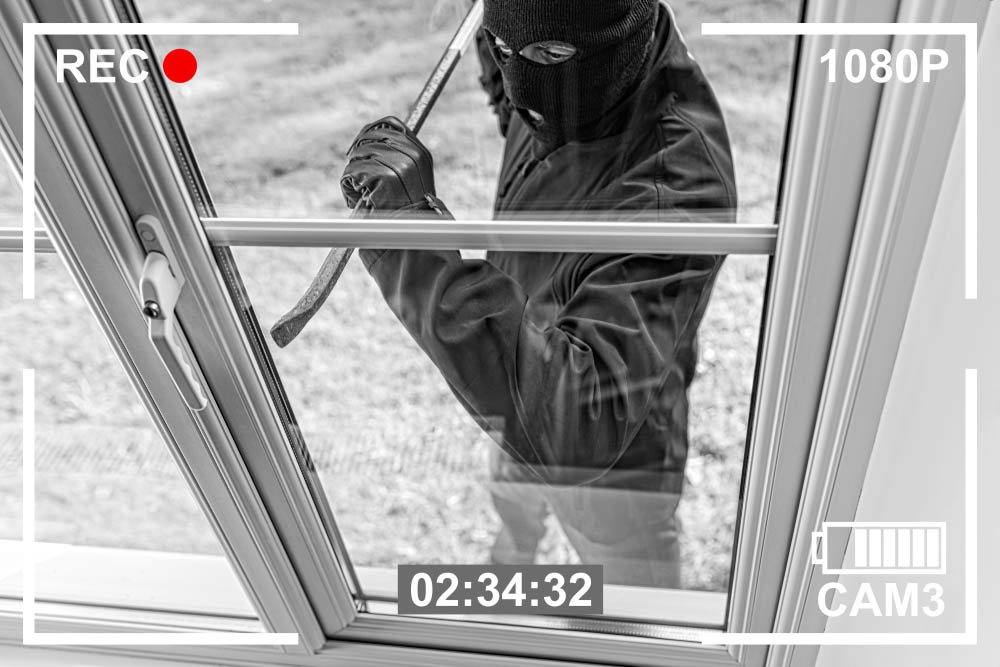 What types of CCTV surveillance cameras are there?

There are several options when it comes to choosing the CCTV security camera that’s right for you. Here are some popular choices:

Wireless security cameras send their video signal through a radio transmitter to a receiver that is connected to a storage device. One of the key benefits of opting for a wireless CCTV system is that you have much more freedom on where you place the camera, providing it’s within range of the storage device.

Other benefits include the ability to detect motion in order to begin recording, remote access and even night vision on certain models. Some wireless CCTV cameras, are able to save footage to the cloud which you can retrieve at any time.

Wired CCTV security cameras transmit footage to a recording device via a wire. The main benefit of this is that any recording won’t be affected if there are problems with a wireless network.

However, using wires leaves the camera susceptible to any power outages that may occur, meaning the camera won’t be able to record any footage during that time. Wired security cameras are also harder to install due to wires needing to be fed from the CCTV camera to a digital video recorder. 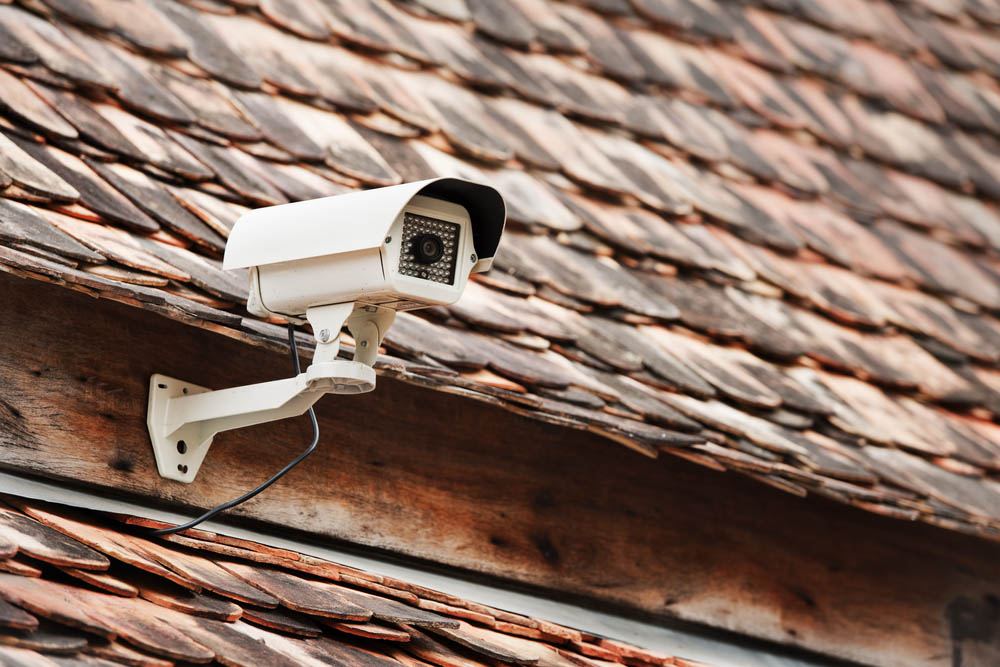 Smart CCTV security cameras allow you to remotely operate them from a device such as your smartphone via an app.

Due to it being a smart device you can integrate it with other smart technology such as alarms and sensors. If the smart camera is wireless, you will have much more freedom as to where you can place the camera. 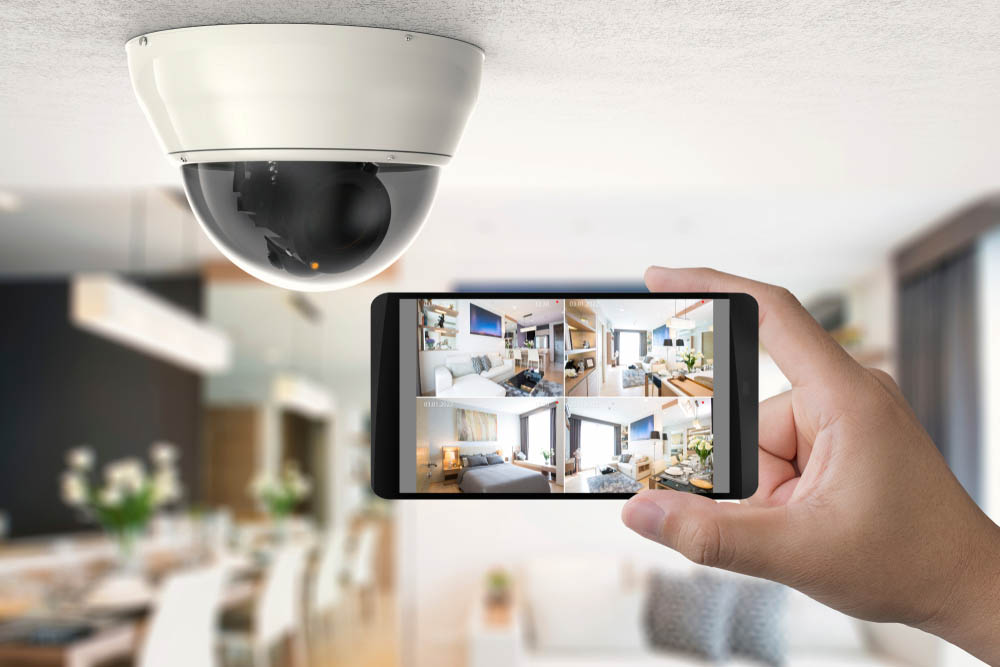 PTZ stands for pan-tilt-zoom, which means that the camera is capable of changing direction and zoom via remote control. The cameras ability to move eradicates the need for multiple cameras, due to being able to cover a much wider area of view with just one camera.

Not only can you change the set direction of the camera, you can tilt or pan to follow the movements of a specific target should they move out of the field of view.

Our range of Xenta CCTV cameras offer a plethora of fantastic features guaranteed to give you both peace of mind and confidence that your home is sufficiently protected. Offering 1080p resolution, our best Xenta smart security cameras offer top quality recordings during both day and night.

Opting for a Xenta camera with night vision ability is a smart choice, as more often than not a break-in will occur during the night. Other features of Xenta smart CCTV cameras include 24/7 recording, weatherproof casing and easy to control apps that allow you to log on and review footage directly from your smartphone.

What’s the difference between indoor and outdoor CCTV cameras? 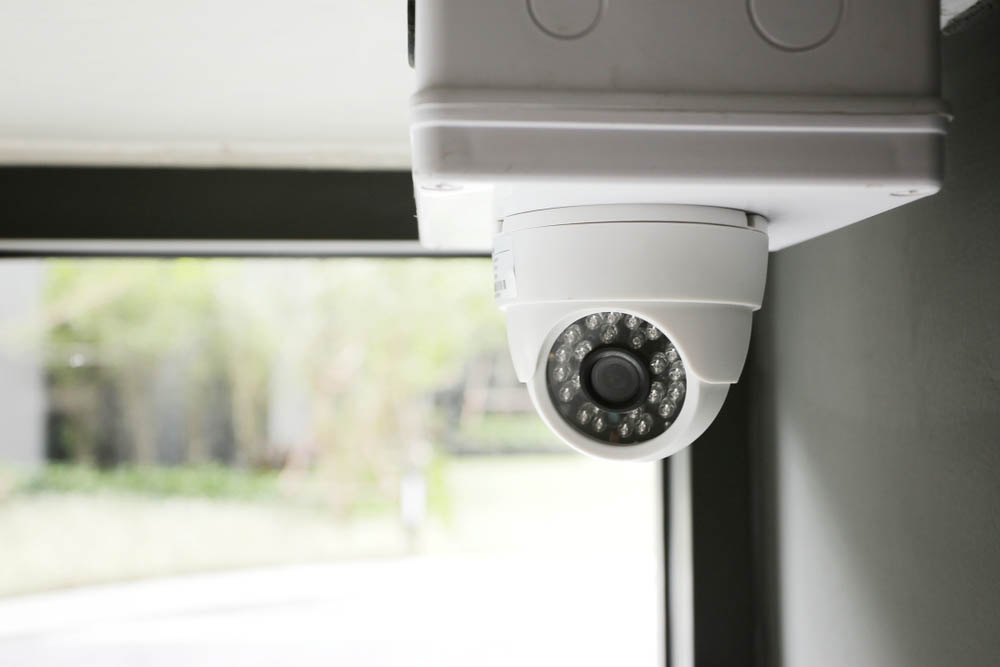 An outdoor CCTV camera will need to be able to withstand conditions from rain to snow. Often when a camera is specified as weatherproof, its casing will be sealed to ensure that no water can enter the camera and compromise it’s recording ability. The camera should also be equipped to deal with prolonged sunlight that would otherwise overheat a camera that isn’t designed to be outside.

If you decide to go for an indoor camera you will often find that they are smaller, lighter and less intrusive. This will be preferable to some, as it provides a more subtle option for those looking to protect the inside of their homes.

More than a camera

Not only do CCTV surveillance cameras keep watch over your property they also act as a visual deterrent, preventing crimes before they even happen. Once a would-be criminal spots that you have cameras watching over your home they are much less likely to take their chances and attempt a break-in.

What else do I need?

There’s more to a CCTV system than just the camera. Here’s a few other things you may need to complete your security setup:

A DVR works by taking the footage captured by the CCTV camera and storing it on a hard drive. A DVR is connected to the CCTV camera via cables, therefore it only works with wired CCTV - not wireless. Note that if you have a HD CCTV camera you will need a DVR that is capable of recording footage in HD.

To connect your wired CCTV camera to a DVR you will need the correct cables. If you do not already own them, it’s essential you purchase high-quality cables in order for your CCTV to reach its full potential. Cables with moulded casings will prevent wear and tear whilst ensuring your CCTV system remains fully functioning during all weather conditions. The CAT 6 cable is capable of transmitting voice and images at high-speed.

Wireless CCTV security camera systems use network video recorders. An NVR is a specialised computer system which records video in a digital format and stores it on a disk drive, USB drive, SD memory card or other storage device.

One of the great features of modern CCTV security cameras is that their footage can be accessed remotely from a smartphone or PC. This means you can be away from the house and still check on your property via an app, which allows you to live stream the CCTV footage straight to your phone.