A CCTV kit is the perfect choice for homeowners looking to protect their property without the hassle of piecing together every component. A CCTV surveillance bundle will provide you with everything you’ll need to set up your own home security system.

If you’re unfamiliar with CCTV systems and how they work, you may not know where to start. That’s why we’ve put together this CCTV guide to help you choose the perfect security system for you.

What does CCTV mean?

The term CCTV is an acronym for Closed Circuit Television, meaning that any footage captured will be recorded instead of broadcast as public television would be. By specifying that it’s a CCTV kit, this means that you’ll be buying a bundle of components that will make up a complete security system set up.

What’s in a CCTV camera kit?

A CCTV kit consists of everything you need including the security camera and the recorder which will store your footage. If the CCTV system is wired, then wires to connect the cameras to the digital video recorder will be included. With some CCTV bundles, a sticker that specifies CCTV is in operation will be included. This sticker acts as an extra visual deterrent, in addition to the camera itself. 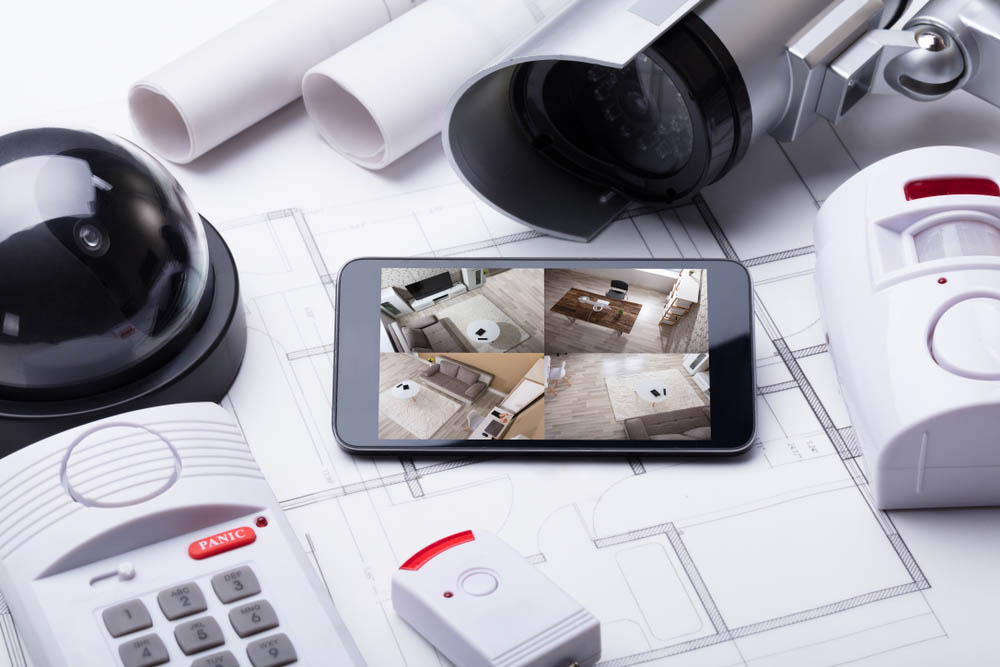 Why choose a CCTV surveillance kit?

What does CCTV do?

Setting up a CCTV security system around your home will provide you with 24/7 surveillance of your property. This means that any potential break-ins will be caught on camera and you can benefit from peace of mind whilst away from home by checking on your property via an app. The best CCTV camera kits will come with a companion app which allows you to view your camera’s footage on an external device such as your smartphone. 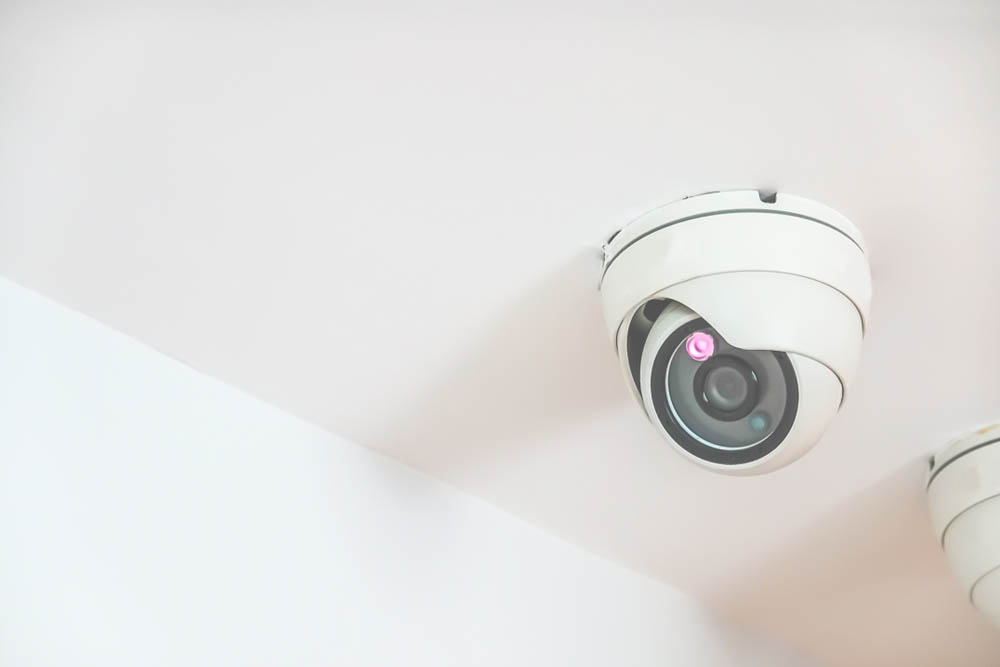 Not only do the surveillance cameras keep watch over your home, the cameras themselves will act as a visual deterrent. Any potential criminals will be less likely to risk attempting a break-in if they see a CCTV security system set up on a property.

What to look out for when choosing a CCTV kit

When choosing a security system kit, you need to identify whether you’ll be placing your CCTV system outdoors or indoors. If the CCTV system will be used outdoors, you’ll need to ensure that the CCTV kit is weatherproof in order to withstand changes in weather conditions. 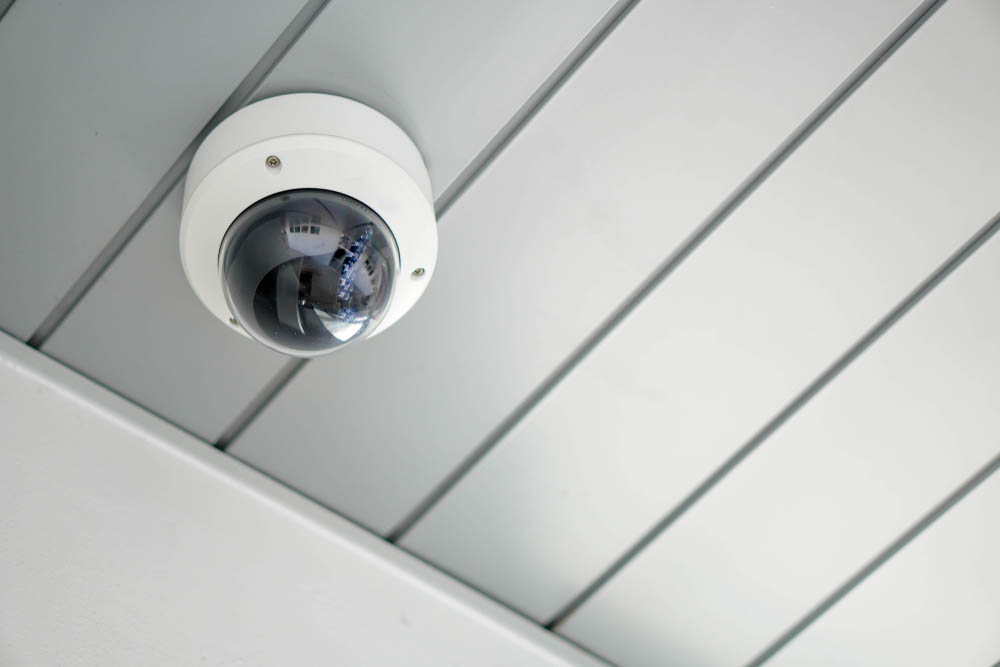 It is important to make sure you get the correct type of camera for outdoors otherwise conditions such as rain or snow could damage the camera and hinder its performance. Choosing a camera for indoor use will often mean you can get a more discreet option to fit in with your home’s interior.

Are there different types of surveillance kits?

CCTV security kits are not restricted to specific equipment. There are many variations of camera type that you purchase such as wired, wireless, smart cameras and even PTZ (pan-tilt-zoom) cameras. A wired camera will require a DVR (digital video recorder) and a wireless camera will require an NVR (network video receiver), which is explained below.

In order to record footage, wired cameras must be connected to a DVR via a cable. This is the main difference between wired and wireless cameras and often means it’s more difficult to set up. Due to the wires needing to be fed from the CCTV camera to the DVR, positioning of the camera needs to be considered.

The main drawback of using wired CCTV, besides the above-mentioned set-up issues, is if a power outage occurs the camera will have no power to operate.

As the name suggests, you won’t need a cable to connect the CCTV camera to a recording device, as wireless cameras work by transmitting a wireless signal to a network video receiver (NVR). Choosing a wireless camera gives you greater freedom as to where you place your camera, due to there being no need to connect wires.

Some key features of wireless CCTV cameras include motion detection to trigger recording, remote access and night vision. Transmitting the footage wirelessly allows you to upload it straight to the cloud for storage, eradicating the need for excess hardware.

The best smart CCTV cameras are capable of identifying visitors and sending alerts directly to your smartphone via a companion app. Pairing the app to your smart security camera system allows you to view your camera’s footage whilst you’re out of the house, for extra peace of mind. Another key feature of using a smart camera is that you can pair it with other smart technology such as alarms and sensors.

With a PTZ (pan-tilt-zoom) camera, you can change the direction and zoom of the security camera at the touch of a button. With the option to move the camera should you need to, setting up multiple cameras is no longer a requirement. Trusting you position the PTZ CCTV camera effectively, the camera’s field of view should cover a substantial amount of ground.

Our Xenta CCTV kits provide the ultimate home protection. With most CCTV security kits offering more than one camera, you can rest easy knowing that multiple areas of your property are covered simultaneously, in 1080p resolution.

As break-ins are most likely to occur at night, our Xenta CCTV security kits are equipped with night vision to ensure that your home is protected 24/7. 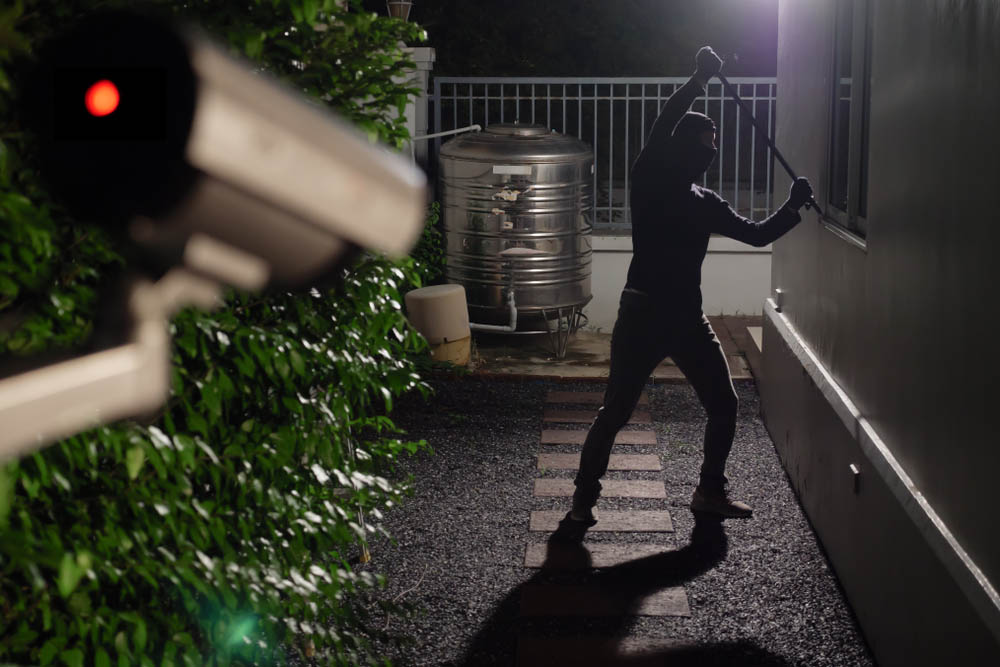 Not only do Xenta CCTV cameras continuously record, you can also view multiple cameras footage at once, thanks to the helpful companion app.

What’s the difference between a DVR and an NVR?

Depending on whether your cameras are wired or wireless, you’ll need to ensure that your recording equipment is compatible. Here are the different types:

A wired camera will send footage to a DVR which records the footage and stores it on a hard drive. In order to connect a CCTV camera to the DVR, you will need cables. Normally, the correct cables will be included in the kit.

Due to a DVR needing to be connected to a CCTV camera via cables, this will not work with a wireless camera. You will also need to ensure that if you’re using a HD camera that you’ve got a DVR which can record footage in HD.

An NVR is used to record footage transmitted from a wireless security camera. An NVR works by receiving the camera footage and recording the video in a digital format. It can then stored on a disk drive, USB drive, SD memory card, or the cloud.