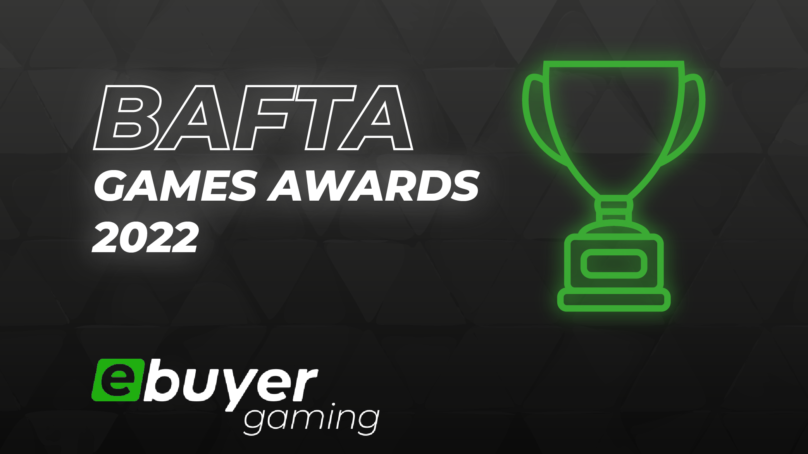 Housemarque’s Returnal netted a grand total of four awards at the BAFTA Games Awards 2022, an annual ceremony celebrating the past year’s greatest games and the talented teams behind them.

Let’s get right into the winners, as there are 18 categories to go through. The BAFTA Games Awards exhaustively celebrates video games. Their livestream of the award ceremony ran for over two hours, never mind the post-show.

As such, we’ll concentrate on a few of the main categories, and you can view a list of the winners here or watch the video embedded above.

The, as of now, PlayStation 5 exclusive Returnal claimed the Best Game Award. This sci-fi shooter gloriously blended the very best of Housemarque’s trademark arcade-inspired gameplay (Nex Machine, Resogun) with triple-A production values and the rouge-lite genre that hadn’t been attempted at this scope and calibre before.

In 2017, Housemarque vehemently declared that “arcade is dead”, after 20 years of developing pure, arcade-style experience that garnered critical acclaim but underwhelming sales. Returnal was a risky venture for the team, a five-year long expedition into the unknown, but it paid off tremendously.

In his acceptance speech IIlari Kuittine, Housemarque’s Studio Head, said: “It’s been such an honour to be nominated for so many awards, and even winning this one is truly amazing. It’s been taking quite a bit of time and we never thought that 27 years ago when we were setting up the company that we would be here, accepting this award.

“We’ve done so many things, but now we started to do something else, five years ago when we took on Returnal challenge.”

Returnal also won the Audio Achievement and Music awards, with Jane Perry taking home the Performer in a Leading Role award as Returnal’s protagonist Selene Vassos. That’s four of the eight awards Returnal was nominated for, quite a result for the team.

EE Game of the Year

All but one award at the BAFTA Games Awards was voted on by the public, the EE Game of the Year Award. If you, the player, wanted to have your say, this was your chance. Arguably, such a sweeping award is the most important one as well. There were six nominees, but Witch Beam’s Unpacking was voted the highest.

This indie puzzle game about, well, unpacking won out over the triple-A game Deathloop. But most of the other nominees were independently made too, like The Forgotten City, and Chicory: A Colorful Tale, showing how diverse the video game industry can be. Unpacking is available on Xbox Game Pass, so be sure to give it a shot.

Funnily enough, It Takes Two is published by EA, who’s most known for their annualised sport franchises. It was developed under EA Originals, an initiative started in 2016 to fund unique games from independent studios.

It Takes Two is also on Xbox Game Pass with EA Play, included with PC Game Pass and Xbox Game Pass Ultimate. It’s designed purely for two-person co-operative play. There’s no option for AI-controlled bots either, so you’ll need a friend to tag along. Fortunately, only one player needs to own the game, as a second player can be invited for free.

We’re very much in a cross-generation period, as more than half of the nominees in this category are playable on last-gen machines from 2013. So, it’s no surprise Insomniac’s PlayStation 5 exclusive Ratchet & Clank: Rift Apart won the Technical Achievement Award.

That’s not to undermine Insomniac’s incredible achievement, however, as Ratchet & Clank: Rift Apart is a technical marvel. Launching only seven months after the PlayStation 5 itself, it features an industry-leading integration of real-time raytracing, despite running on a console. At times, it honestly rivals the pre-rendered CGI of the Ratchet & Clank movie.

The game features Insomniac’s unrivalled temporal injection and per-object motion blur for a film-like presentation, near-instantaneous loading and more. If you’re looking for a game to show off the PlayStation 5’s power, pick up Ratchet & Clank: Rift Apart.

And that’s a wrap on the BAFTA Games Awards 2022. It wasn’t the only award ceremony at this time of year. Check out our blog Mobile Games Awards – The Winners… for console-quality games you can play on your smartphone too, and head on over to Ebuyer for all your gaming needs – consoles, gaming PCs and more.