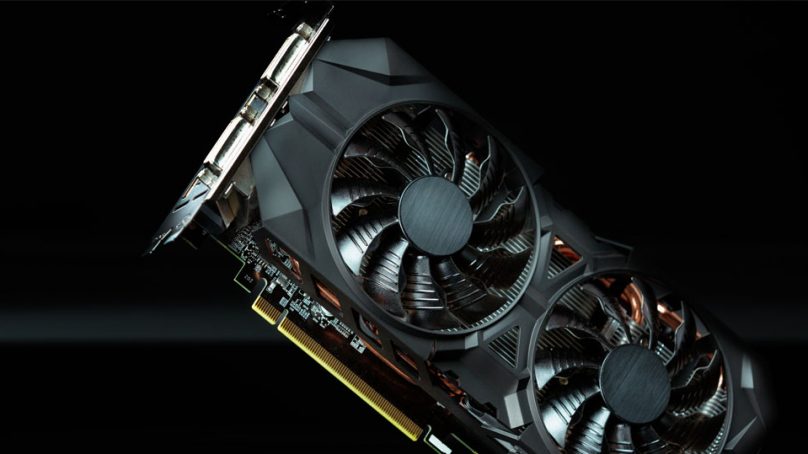 If a CPU is considered to be the brain of your PC, then the GPU should be seen as the beating heart. It’s the driving force that powers your graphics, and helps you crunch through intensive productivity applications, like 3D modelling or video processing. Simply put, the more powerful your graphics card, the more amazing your games and PC will run – so it’s worth investing in a great GPU.

If you’re striving for 4K visuals, high frame rates at 1440p, or feel inadequate playing your games on anything other than ultra settings, look no further than these epic GPUs below.

It’s fair to say that AMD has made a few missteps in recent years when it comes to their GPUs, but all that changes with the Radeon RX 5700. Based on the new RDNA architecture, team red’s latest card finally hits the ideal sweet spot between excellent performance and incredible value. Thanks to the new 7nm manufacturing process, AMD are able to deliver 1.25 times higher performance-per-clock, and up to 1.5 times higher performance-per-watt compared to their previous generation Graphics Core Next (GCN) architecture. Jargon aside, what that amounts to is a substantially better performing graphics card that’s also way more efficient. Nice one, AMD.

Brought in to combat AMD’s recent revival, the RTX 2060 SUPER manages to stave off the threat posed by the RX 5700 and provides a pleasing upgrade over the original RTX 2060. Adding an extra 2 GB of VRAM, the RTX 2060 SUPER cements its place as more than a mere entry-level card thanks to its impressive performance and a slew of attractive software features, such as Deep Learning Super Sampling (DLSS), Nvidia Ansel and G-Sync.

Arguably one of the most enticing cards available right now, the RX 5700 XT is a dream for gamers who play at 1440p. Undercutting similarly performing cards when it comes to price, the RX 5700 XT doesn’t skimp on power, either, going blow for blow with the RTX 2070 SUPER in a number of key titles. While there’s no hardware ray-tracing support, AMD has plenty of desirable features of its own such as Anti-Lag, which reduces input lag to give competitive gamers an edge over their rivals, and the ever-impressive FreeSync, which eliminates screen tear.

Boasting performance that comes close to besting the formidable Nvidia GeForce RTX 2080, the RTX 2070 SUPER is a fantastic mid-range card that can comfortably handle 4K at high to medium settings. Packed with more RT cores for improved real-time ray tracing along with increased clock speeds, the RTX 2070 SUPER offers a tangible bump over its predecessor, the RTX 2070. A superb choice for any gamer looking to upgrade, the RTX 2070 SUPER won’t disappoint anyone. Totally worth it.

The big one. The granddaddy. The beast. Whatever you’d like to call it, Nvidia’s GeForce RTX 2080 Ti is the most powerful graphics card on the market by a considerable margin. It laughs in the face of any setting other than ultra, prides itself on pushing out insanely high frame rates, and is the current poster child for real-time ray tracing. A steep price tag means that this graphics card is strictly aimed at the 1% of gamers who can afford it, but if you’re desperate to be top of the pecking order (and who wouldn’t be?), you’ll be sitting pretty for quite some time with this killer card. Just try not to gloat about it too much, okay?