Are the official Olympic Games video games any good?

The current Google Doodle is a fully-fledged RPG

Should e-sports qualify for the Olympic Games? 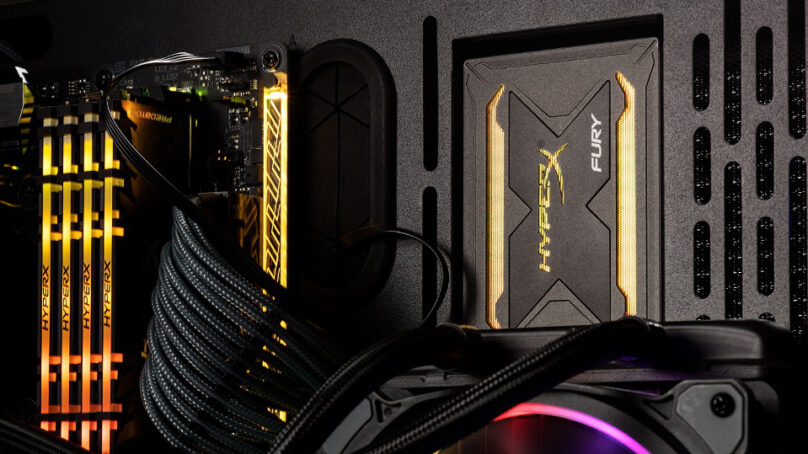 Whether you’re upgrading an old gaming PC or building one from scratch, including a shiny, superfast SSD will make it run like a treat. You’re guaranteed to need one – here’s a selection of the very best to get you started.

Let’s start with this beautiful behemoth, shall we? This sleek and cutting edge SSD is replete with features that grant it both style and substance: boasting dazzling RGB lighting with dynamic effects alongside the ability to sync with multiple RGB devices. There’s more – 3D NAND and a Marvell controller propel the HyperX to blistering read and write speeds, while a storage capacity of 480GB means that there’s plenty of room to expand your games library. Nice… very nice.

Even the oldest, clunkiest systems will enjoy a new lease of life with the Kingston A400. This slick SSD makes pretty much every process ultra fast – whether you’re booting up your PC, loading and transferring data or downloading and playing your precious games (the priority). In fact, thanks to its latest-gen controller – which achieves read and write speeds of up to 500MB/s and 450MB/s – it’s ten times faster than your average HDD. This means that, once it’s installed, your PC can’t help but perform like a dream. We’re not complaining.

Does your PC desperately need a glo-up? Give it the makeover of a lifetime with the Samsung 970. With astonishing read and write speeds of up to 3,500/3,200MB/s, optimised firmware, intelligent TurboWrite technology and a Phoenix controller, this SSD makes your PC perform at an almost unbelievablestandard… without letting up for a second. Built to last, the Samsung 970 defies overheating due to its Dynamic Thermal Guard technology, while its V-NAND technology boasts much higher endurance levels than the industry standard. Super fast, super strong and super well-rated on our website: you’d be super silly to not at leastlook at it.

Powering up your PC or laptop has never required less… well, power. This efficient and energy-saving SSD uses substantially less power than its competitors. This is especially great news for laptop owners, as your battery life will see a big boost and you won’t need to be permanently plugged in to play (cue more pillow-fort-based gaming nights). The WD Green also comes with a three-year warranty for your peace of mind, though with its lightweight frame and shock-resistant features, it would take a lot to tarnish this tough tech. It’s go time.

All aboard the SS Dreamy! The WD Black is made of the stuff of legend, offering a whopping 500GB of extra storage and read and write speeds of up to an eye-watering 3,400/2,800MB/s. Boot up your most demanding games at a speed that even The Flash would find hard to compete with, enjoy much lower latency and download and run whatever apps and programs you’d like without worrying about your PC breaking a sweat – particularly as this SSD also features thermal throttling, which makes overheating a thing of the past. Did someone say “gimme”?

Ensuring your tech runs at lightning speed and at a much quieter level, the silent but deadly Samsung 860 Evo is perfect for gaming PCs of all shapes and sizes. Files transfer fast, speeds are consistent (no matter how many programs you’re juggling) and 4K videos and 3D data can be safely stored and rendered, tucked away in its 500GB of space. Combine that with its Intelligent TurboWrite Technology and V-NAND technology, and, once installed, your PC will be nothing short of perfection.

Are the official Olympic Games video games any good?