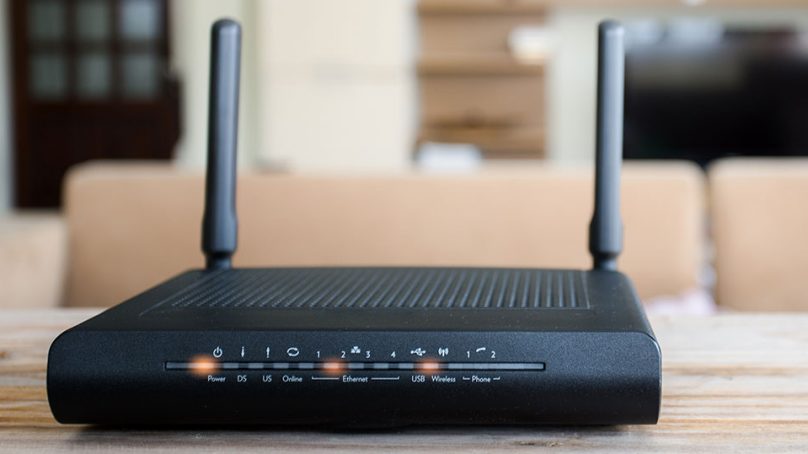 Is there anything worse than a spotty internet connection? Random disconnects, debilitating lag, slow speeds and poor Wi-Fi coverage can lead to endless troubleshooting and untold frustration when gaming. Sometimes the fix is as easy as restarting your router (have you tried turning it off and on again?), but often these issues are symptomatic of underpowered hardware that just isn’t up to snuff.

It’s crucial, then, to pick a router that can handle multiple devices, boasts ample wireless coverage, and lets you tap into the blazing-fast speeds your internet service provider has promised to deliver. If you’re a gamer – where lag and latency can be the difference between the sweetest victory or a derisory defeat – look no further than these remarkable routers for gaming.

The award-winning ASUS RT-AC66U is seriously fast. While it wouldn’t win a foot race against Usain Bolt (it’s an inanimate object after all), it comfortably outpaces other routers on the market with its enticing feature set and superfast speeds. Able to reach up to 1.3Gbps on the 5GHz band alone, it offers speeds up to three times faster than the 802.11n wireless standard. Even Usain would agree that’s fast.

Eliminate lag once and for all with the NETGEAR Nighthawk AC1900. Built with gaming, streaming and mobility in mind, it’s the ideal choice for console gamers thanks to its advanced upstream QoS that’s optimised for the likes of Xbox One. The Nighthawk’s high powered amplifiers and antennas will also ensure you’re never out of range, no matter where you choose to play Splatoon 2 on Nintendo Switch. “Woomy!”

More akin to a robotic spider than a wireless router, this eight-legged entry from Linksys has a host of gaming-specific features to give you a competitive edge. On top of offering blistering wired and wireless speeds, the Linksys WRT32X includes Rivet Networking’s Killer mode, which automatically synchronises your Killer-enabled PC with the Killer Prioritization Engine. In a nutshell, you’ll be getting faster, smoother gameplay to keep you ahead of the online competition. All killer, no filler, then.

Promising “warp-speed” Wi-Fi that would make Captain Picard proud, the ASUS RT-AX88U pulls no punches when it comes to performance. Along with commercial-grade security for your home network, a 1.8Ghz Quad-Core CPU lies at the heart of this ridiculously powerful router which maximises throughput for the best networking performance possible. With eight Gigabit LAN ports included, it’s primed to host legendary LAN parties without any of the compromises – just make sure there’s enough pizza to go around, okay?

Could this be the ultimate wireless router for gaming? With their very first attempt at designing a gaming-focused router, TP-Link might have nailed it straight away with the AC5400X. An imposing design is packed full of cutting-edge technology, including a 1.8GHz 64-bit quad-core CPU, three co-processors and 1 GB RAM to ensure low latency and smooth performance. Thanks to its tri-band functionality, you can dedicate one band to gaming traffic and leave the other two to deliver Wi-Fi to the rest of your home – so the kids can watch Dora the Explorer while you dominate the opposition on Apex Legends. Everybody wins.

Short on cash? These free-to-play games will see you through (we LOVE number 4)