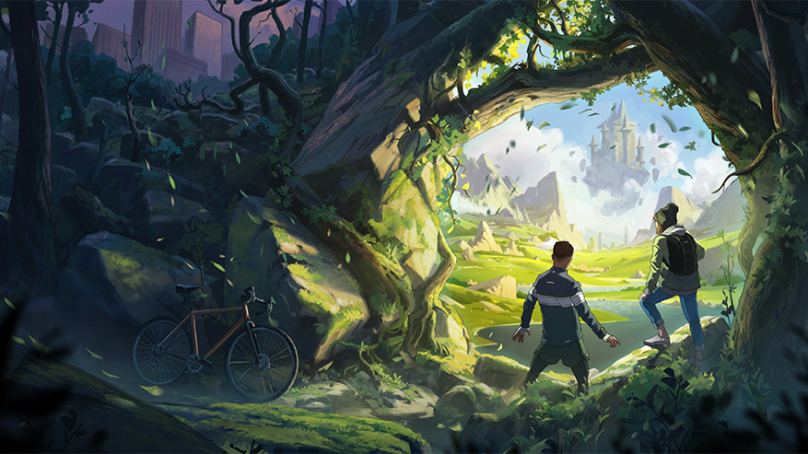 Game publisher EA announced in a blog they’re once again teaming up with Lucasfilm Games to deliver three new gaming experiences set in the Star Wars universe. Known for their battle-royale Apex Legends and fan-favourite Titanfall franchise, Respawn Entertainment is largely at the helm of all three projects.

One of which was unveiled as a sequel to Respawn’s own ‘Star Wars Jedi: Fallen Order’, an action-adventure game released in 2019. Playing to Respawn’s strengths as a developer, a Star Wars first-person shooter is in development, directed by Peter Hirschmann who was executive producer on the original 6th-gen Star Wars Battlefront games. A Star Wars strategy game is being co-developed with Bit Reaction, a newly founded studio comprised of ex-Fireaxis veterans who’ve worked on some of PC gaming’s most notable franchises, Civilisation and XCOM.

Apart from a few quotes celebrating the renewed EA-Lucasfilm Games partnership, no other information was divulged. Between actively maintaining a live-service game with Apex Legends and now simultaneously developing three new projects, we hope Respawn isn’t spread too thin. Is there room of Titanfall’s triumphant return among all these Star Wars games? Interestingly, there’s no mention of DICE, developer behind the Battlefront sub-series reboot. After Battlefront 2’s infamous loot-box controversy and Battlefield 2024’s broken launch, they’re probably in hot waters with EA.

Last generation, EA squandered their 10-year exclusivity deal of the Star Wars franchise, releasing only 4 consoled focused games: Battlefront 1 and 2, Jedi Fallen Order and the discounted-at-release Squadrons. There was just as many scrapped projects known to the public, including two from the now-shuttered Visceral Games, known for Dead Space. Lead by Amy Hennig, creator of Uncharted, they would’ve been big-budget action-adventure games with bombastic set pieces.

Lucasfilm Games isn’t only signing deals with EA. Announced, there’s the Knights of the Old Republic remake from Aspyr, Star War Eclipse from Quantic Dream, an unnamed Star Wars project from Massive Entertainment and Ubisoft, and undoubtedly more. After last-gen’s poor showing of Star Wars games, there’s plenty of uncancelled games in the pipeline for fans.

After last week’s industry-changing acquisition, Blizzard Entertainment also announced in a blog they’ve begun preliminary work on a survival game. At least this time there’s a couple piece of concept art to pore over. It takes place in a brand-new universe. This makes it Blizzard’s first new IP since 2016, which was itself their newest IP in 17 years.

“A place full of heroes we have yet to meet, stories yet to be told, and adventures yet to be lived. A vast realm of possibility, waiting to be explored.” The concept is reminiscent of Blizzard’s past IPs: Starcraft’s sci-fi storytelling, Diablo’s RPG-lite looting and crafting elements, Overwatch’s strong characterisation and Warcraft’s memorable environments and world building.

The post doesn’t explicitly state whether it’s a multi-player or a single-player experience. We’d assume it’s the former as Blizzard is largely known for their online games. The concept arts show too people as well. Or, are they returning to their pre-World of Warcraft days and making a campaign-focused game? The project is likely years away, as already in-development projects like Diablo 4 and Overwatch 2 were pushed back to 2023.

Leaked in a social media post sent ahead of schedule, Crytek properly announced the 4th game in the Crysis franchise with a brief CGI teaser. Watch it for yourselves below, though it doesn’t show much of any consequence. Only a few flashy renders loosely related to Crysis. Evidently, the project is barely in its infancy, but that hasn’t stopped fans from celebrating.

We’re hopeful this means it won’t be cross-gen, targeting underpowered last-gen hardware. In a way, 2007’s original Crysis is emblematic of the PC platform. It pushed real-time graphics and technology way beyond the realm of consoles at the time – and many gaming PCs – for a truly forward-looking experience you couldn’t get anywhere else. It holds up today, even before last year’s remaster. Designed consoles, Crysis 2 and 3 were paired back in terms of scope and compromised on the original’s wide-linear design, running at sub-20fps at times.

If Crysis 4 targets only current-gen and PC, it could be a true sequel to the original and bring modern rigs to their knees. Following the original’s hardware-crushing footsteps, we wouldn’t be surprised if ray tracing is prominently featured in Crysis 4. It’ll most certainly enter Ebuyer’s benchmarking rotation.

The future of game announcements?

All these games are in the ‘early stages of development’, clearly a long ways away. More than anything, they serve to drive recruitment and to gauge audiences’ interest early in the pre-production stage. It’s more enticing to work on established and beloved franchises like Star Wars and Crysis than an ‘unannounced project’.

E3 – the gaming industry’s biggest annual event – was cancelled in 2020, might as well have been cancelled in 2021 and now there’s rumours circulating it’s going to be cancelled in 2022 too. In the wake of losing their main stage for unveiling projects, it’s interesting to see these companies adapt their marketing strategies. Unceremoniously making announcements via blog posts isn’t the most exciting, but it’s a chance of pace from overly produced CGI teasers and months of teasing on social media.