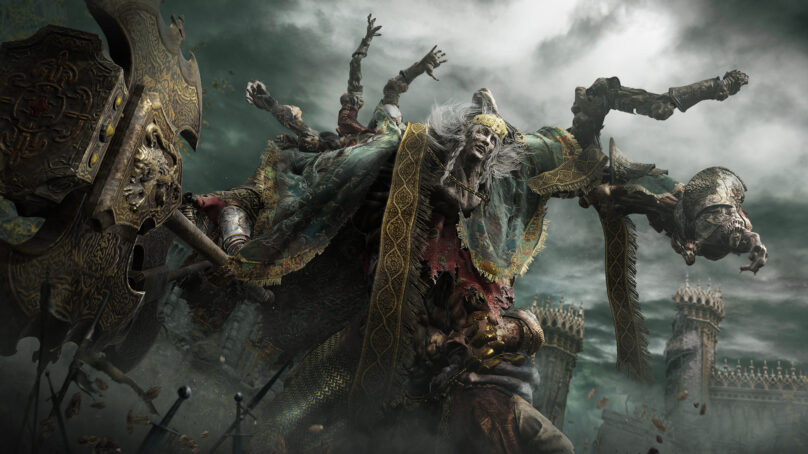 Header image by: From Software

Oh, Elden Ring. As one of 2022’s most eagerly awaited releases, we can’t wait to embark on our journey to the Realm of the Lands Between, starting the 25th of February on Xbox and PlayStation consoles, as well as PC.

Ahead of the game’s launch this week, developer From Software has revealed the PC requirements for Elden Ring, including minimum and recommended specs. This doesn’t give games too much time to prepare, but you can grab a quick upgrade from Ebuyer with next-day delivery if you must absolutely play day one – we are!

Annoyingly, however, they don’t state exactly what frames-per-second and resolution they’re supposed to be aimed at, nor the graphical options used. Are these the systems requirements needed to play at the lowest of the low, with a 30 frames-per-second lock engaged? If so, that doesn’t bode too well for the Steam Deck, with low-powered integrated graphics. Conversely, if they’re for maxed-out graphical options (which are often needlessly excessive) at a full-fat 60 frames-per-second, it might not be too bad for those who don’t quite make the cut.

As Elden Ring takes place in an open-world environment – it’s From Software’s largest game yet – we wouldn’t be surprised if there was some ultra-level option that pushes out distance rendering to a ludicrous degree that tanks frames-per-second. We’ve seen this time and time again in open-world games – do you really need to see each blade of grass’s shadow from miles away? Knock it down from ultra to high, and you’ll probably claw back a hefty helping of frames. We’ve got out fingers crossed for budget and low-spec gamers.

Due to the open-world nature of Elden Ring, we’d pre-emptively advise you to download Elden Ring to a solid-state drive, even if these requirements don’t state so. A super-fast SSD should help cut down on loading times when warping from one end of the game’s expansive map to another. As well as reduce the pesky micro-judder you get when traversing an open-world that’s always streaming in new textures and assets.

No raytracing at launch

There’s no mention of NVIDIA GeForce RTX or AMD Radeon RX 6000 series GPUs for real-time raytracing – that’s to come in a future patch, according to From Software. It doesn’t look as if the game’s sponsored by either GPU manufacturer, so we wouldn’t expect NVIDIA’s Deep Learning Super Sampling, AMD’s FidelityFX Super Resolution or Intel’s impending Xe Super Sampling.

Elden Ring is out this week – is your gaming PC ready? Check out Ebuyer for a range of gaming components, peripherals and accessories, and keep an eye on the Ebuyer Gaming Hub for future blogs! Not interested in Elden Ring? Here’s Ebuyer’s Best of Xbox Game Pass – February 2022.