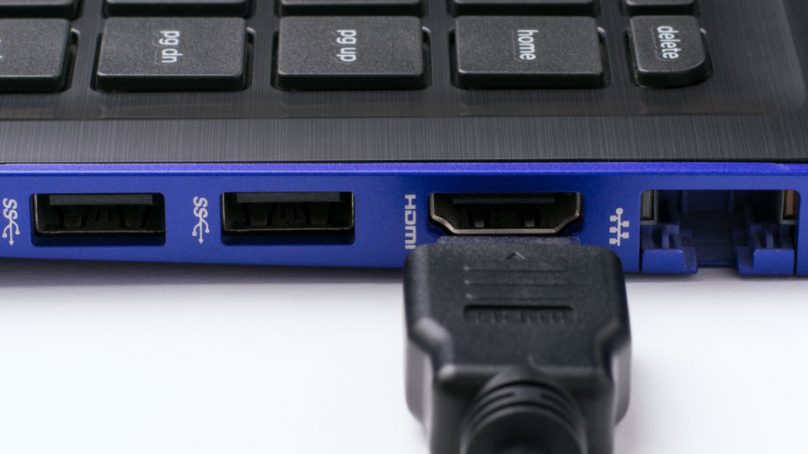 Once you’ve got a new graphics card and/or monitor it’s difficult to know which connection to use to connect the two. This becomes even more
important when it comes to dedicated PC gaming, as there are positives to both HDMI and Displayport. However, we’re here to help you decide which connection is the best for your rig and to make sure you’re getting the most out of it.

The HDMI (High Definition Multimedia Interface) cable is the most recognisable connection in consumer electronics at the moment and can be seen/used for consoles, DVD players, cameras among others. The HDMI connector has been around since 2002 and has normally been the connection of choice for devices, with newer versions systematically being released. On the other hand, Displayport 1.4 has been around since 2006 and was originally debuted to replace the older VGA and DVI connections.

Currently there are four main types of HDMI cable that you can get and they are:

There’s quite a choice of cables, and one thing you need to keep in mind is whether you are going to be playing games in 4K. Older versions of HDMI cap out 4K at a refresh rate of 30Hz, so if you’re after 4K gaming, you need to make sure you have an HDMI version 2.1 cable. This is because it will have a 48Gbps-rated bandwidth and technically could support resolutions up to 8K at a refresh rate of 120Hz, so won’t have any trouble handling 4K. Plus, it’s good to know your HDMI cable has that potential bandwidth and refresh rate. However, if you aren’t playing at 4K then HDMI is an easy route to go for.

Thankfully, there is only one type of Displayport and the latest version is 1.4. Now, just because there’s only one doesn’t mean that it’s weaker than HDMI. Displayport 1.4 has a bandwidth of 32.4Gbps and although it lacks the muscle of the HDMI, its 3:1 compression is virtually lossless and means it can handle extreme displays well.

An interesting point with the latest version of Displayport is due to the compression rate of 1.4, Displayport can operate with USB-C type
connections, meaning high-definition video and SuperSpeed USB is enabled on one common cable. Displayport 1.4 also allows support for multiple monitors via the USB-C connection – assuming you have a cutting-edge monitor that also has a USB-C port.

The first question you need to ask yourself is which GPU you are sporting. The reason for this is the connection type you opt for can depend on
whether the respective manufacturers supporting software is compatible. If you have an AMD graphics card, you’ll be glad to know that Freesync works with both Displayport and HDMI. However, it only works over HDMI on newer monitors, so just make sure if you do opt for HDMI that you’ve got a newer monitor.

It’s more tricky when it comes to AMD graphics cards but if you do have one then you can choose either HDMI or Displayport as you won’t see much difference. Furthermore, if your monitor is FreeSync-ready then both HDMI (you need a newer monitor) and Displayport are ready to handle it. The choice between the two comes into play depending on the number of screens you are using.

If you’re after multi-screen gaming and have only one Displayport connection available, then Displayport would be a great option as you’ll be
able to daisy-chain monitors together. It’s important to note that this will only be possible if your monitor has Displayport out and supports
multi-stream transport (MTS). Not all monitors have this but most monitors support MTS, so it’s worth checking this out before opting for Displayport multi-screen gaming.

Which cable to opt for really depends on which manufacturer GPU you have, whether your monitor is supporting software ready and whether you’re after multi-screen gaming. Now you have all this information, check out your system and decide which cable will give you the best gaming experience possible.