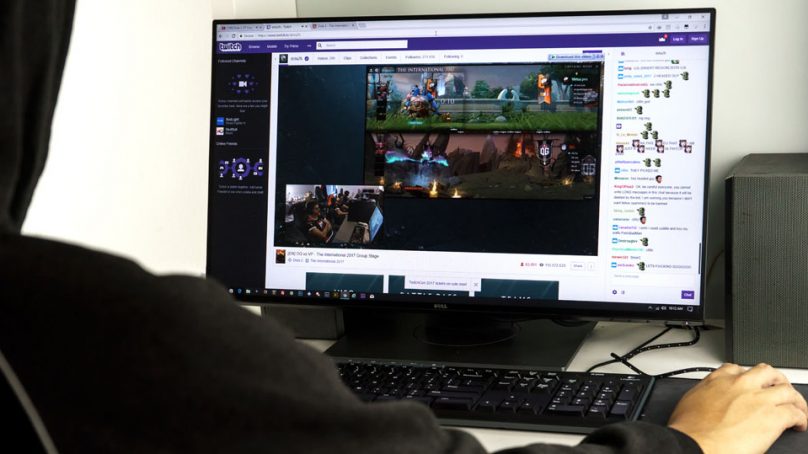 How to setup streaming on Twitch

Twitch has become the go-to streaming site for gamers and casters, and there’s a good reason for that: it’s a great place for like-minded individuals to create and share content. It has 3.3 million unique broadcasters a month, and it’s easy to set up an account and start streaming. Here’s our quick guide to help you start your own channel.

You don’t need a beast of a PC to stream on Twitch but there are certain components and software that are ideal. The recommended CPU is an Intel Core i5-4670 (or AMD equivalent), and we suggest the Intel Core i5-7500, as you’ll be getting a newer CPU at a similar price and it will happily handle your streaming needs. If you’re team AMD, go for the Ryzen 5 1600 which comes in a little cheaper but is just as capable.

On the RAM front, Twitch recommends 8GB of DDR3, so as long as your packing 8GB+ you’ll be sorted. Thankfully there are plenty of RAM options available, with newer memory updates being released. Lastly, you’ll want to make sure you’ve got Windows 7 Home Premium at the minimum, as it will mean your streaming experience will be smooth.

These are the ideal specs if you’re wanting to stream comfortably, anything above is extra power behind your streaming capabilities.

Handy Tip:
When choosing your GPU, make sure to have one that supports DirectX 10 (or higher).

When looking for a camera you’ll need one that can record high-quality images at a decent frame rate. This is why we’d opt for the Logitech C920 as it’s capable of recording and streaming at 1080p at 30fps and has a large field of view. It’s a solid camera that has the best performance per pound on the market currently and connects via USB. If you’re after a cheaper option, the Microsoft LifeCam Cinema is good as it captures true HD quality video at 30fps.

Technically you could get away with using a headphone mic, but we’d recommend a dedicated one to ensure your audience can hear you clearly. A favourite among Twitch streamers is the Blue Yeti because of its clear, crisp sound and easy set-up. If you’re after something cheaper, try the Blue Snowball Ice which has higher-quality sound compared to headphones, and is cheaper than the Blue Yeti.

Often the bane of gaming, internet speed and reliability is important when it comes to streaming. You need to make sure you’ve got a decent upload speed – we’d recommend a minimum of 3Mbs, which is as reliable as possible. This speed should be attainable by the majority of household internet providers. The best way to ensure your rig maintains a steady connection is to use an ethernet cable, which will offer the most reliable internet connection. This isn’t always possible so ensuring you’ve got a solid WiFi card is critical – our choice is the Asus PCE-N15 as it’s an affordable solution for WiFi connection and is the perfect entry-level card.

The last part of your Twitch set-up is the streaming software. The most commonly used software for streamers starting out is Open Broadcasting Software as it’s easy to use, has a small download size and is free. Another option for streaming is XSplit, which has a paid subscription which allows you to use its extra features, but still has a free version. Whichever streaming software you opt for they generally have similar set-up steps such as setting your various sources (camera, monitor, microphone) and linking your Twitch account.

You now know what you need to get going on Twitch: a decent PC, great camera, clear microphone and a fast, reliable internet connection. All that’s left is to create your Twitch account, link it to your streaming software and start broadcasting. Happy streaming!

How to set up Twitch livestreams on PS4

How to use your PS4 controller for PC gaming