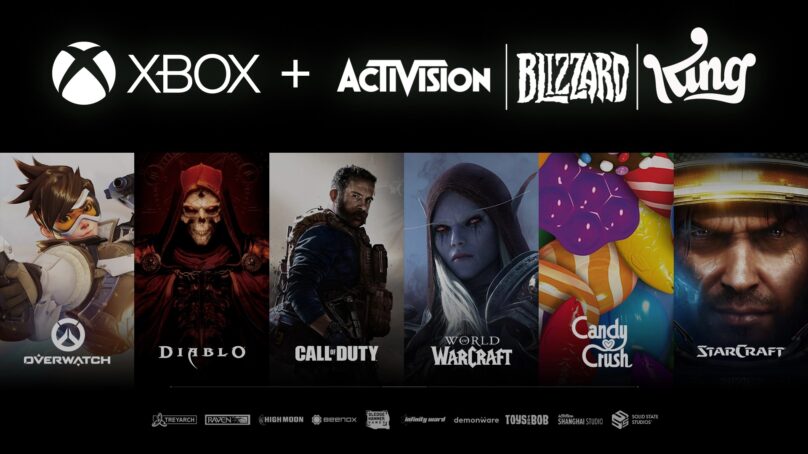 $68.7 billion. This astonishing figure is how much Microsoft has laid out in an all-cash deal to acquire Activision Blizzard. Publisher behind the industry’s most recognizable franchises, like World of Warcraft and Call of Duty.

It’s not only an unprecedented move in the game space, but heavily outweighs any of Microsoft’s acquisitions. Far ahead of the now comparatively paltry $2.5 billion for Minecraft’s developer Mojang and $8.1 billion for ZeniMax Media, including acclaimed publisher Bethesda.

It shoots past their previous record of $26.2 billion for LinkedIn and now tops the list of most expensive video game acquisitions, handily beating out Take-Two Interactive in 2nd place with $12.7 billion for Zynga.

Clearly, Microsoft ain’t messing around anymore, placing an enormous bet on gaming’s future. Once the deal closes sometimes in 2023, expect many Activision-published and Blizzard-developed games to find their home on Xbox platforms and, more notably, Xbox Game Pass.

Ultimately, this seems to be Microsoft’s end-goal with the acquisition – to further bolster Xbox Game Pass’ already exhaustive library of games. If they adhere to their strategy of releasing first-party games day-one on the service, that’ll mean Xbox Game Pass subscribers won’t have to fork over £60 or more to play the latest Call of Duty – a mind-blowing proposition.

“We also announced today that Game Pass now has more than 25 million subscribers. As always, we look forward to continuing to add more value and more great games to Game Pass.”

World of Warcraft, Call of Duty and Candy Crush are the heavy-hitters of this deal, but Activision Blizzard has a trove of cherished franchises ready to be unburied. Funnily enough, this would mean Crash Bandicoot and Spyro the Dragon – properties strongly associated with PlayStation – are now owned by Microsoft.

What dormant properties from Blizzard and Activision’s storied history would you like to see brought back? Maybe we’ll see the triumphant return of Guitar Hero – squeaky plastic instrument and all – as Microsoft strikes a deal with a music sub subscription service. Or cult-classic first-person shooter Hexen handed off to the genre’s masterminds at id Software.