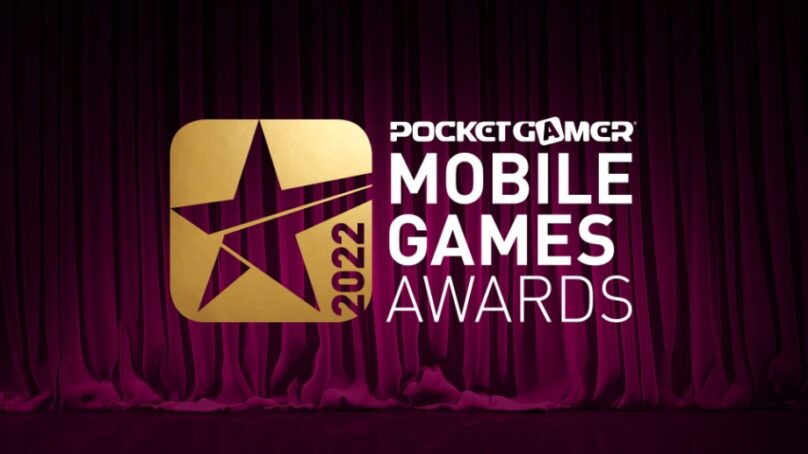 Dates, nominees and more – here’s what you need to know about the Mobile Games Awards 2022.

What are the Mobile Games Awards?

Hosted by Pocket Gamer, the Mobile Games Awards is an annual show running since 2018 that celebrates the achievements of the mobile game industry’s very best companies.

The Mobile Games Awards seek to span the entirety of this enormous industry, not just the games themselves, with their exhaustive categories. From mobile game developers and publishers to tool and service providers, the awards shine a light on everyone behind your favourite games.

When are the Mobile Games Awards?

The winners of the Mobile Games Awards will be unveiled at a VIP event in London, on April 5th, 2022. You can buy tickets and attend the event in-person, it’s a great opportunity to meet the industry’s biggest players.

Based off previous years’ events, however, the ceremony won’t be livestreamed to the public. But a recording of this year’s Mobile Games Awards should be published to YouTube sometime after the event. Here on the Ebuyer Gaming Hub, we’ll be covering the winners – so stay tuned!

How were the Mobile Games Awards nominees chosen?

Companies are free to nominate themselves and their games for a relevant award. The submissions are reduced to a short list by a team of judges, comprised of media and independent professionals. Their recommendations are then voted on by over 100 industry experts from various fields and sectors.

What are the Mobile Games Awards nominees?

That leads us onto 2022’s list of finalists. In total, there are 23 categories, of which we’ll pick out a few of the most interesting to gamers. You can view the entire list over on the Mobile Games Awards website, here.

Over the years, smartphone and tablet hardware has improved considerably, even eclipsing handheld consoles like the Nintendo Switch in performance. As such, mobile games aren’t constrained to simple, 2-D graphics – they’ve got the hardware to realise expansive open worlds and console-quality graphics. The Best Audio/Visual Accomplishment award celebrates games that expand what’s possible on a mobile device.

As with games industry at a larger scale, mobile games have grown up, so to speak. They might have garnered a reputation for being ‘time killers’. Simple, arcade-like experiences devoid of story, but the Best Storytelling award celebrates games that demonstrate exemplary narrative design. Take a break from chasing your high-score and give one of these stories a go.

Mobile has embraced the ever-evolving nature of Live Ops more than any other platform. In the best mobile games, there’s always something new and exciting to engage with right around the corner. The Best Live Ops award celebrates games that have received continuous support throughout the past year, whether that’s large content updates, in-game events or community engagement.

Game of the Year

At any gaming event, there’s always one award that reigns above the rest – Game of the Year. A game that’s worthy of this sought-after, often contentious award achieves top marks across the board: originality, creativeness, innovation, craftsmanship, success and more. Out of the hundreds of games submitted, only one can claim Mobile Game Awards’ Game of the Year.

And that’s the nominees, so make sure to check back here on April 5th for the winners. Want to get into mobile games, beyond your average match-three puzzler and endless runner? Here are some games you can play on any device and Ebuyer’s ultimate mobile gaming guide, including the smartphone specs you should be looking for, as well as software and accessories to enhance your experience.