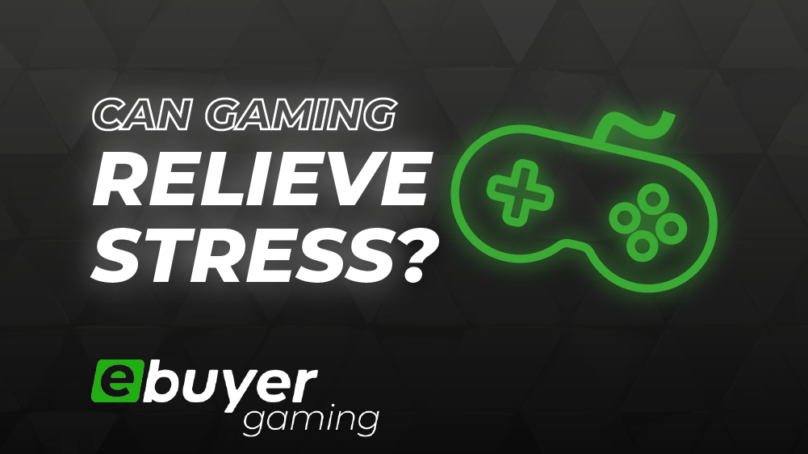 For something that we play in our free time, time that’s associated with unwinding and relaxation, video games can sometimes be a stressful activity. Whether it’s Elden Ring’s toughest foes making you want to throw your PC out a window, the tribulations of climbing a ranked ladder or a FOMO-inducing limited-time event, it’s important to take a break and de-stress.

April marks Stress Awareness Month, so here’s a few suggestions for the most relaxing games to play on Xbox Game Pass.

Most relaxing games to play on Xbox Game Pass

From SnowRunner to Farming Simulator and Lawn Mowing Simulator, the simulation genre is well catered for and are some of the most relaxing games to play on Xbox Game Pass. But let’s focus on one game in particular, Microsoft Flight Simulator.

If you haven’t tried a simulator before, you may have a preconceived notion they’re either too complicated to wrap your head around or mind-numbingly boring. After a long day at work, who wants to come home and simulate another job in their free time?

However, it’s the mundanity and repetition of a simulator’s mechanics that makes them oddly relaxing.

While a high-octane action game might pit you as earth’s last survivor fending off waves of intruders, Microsoft Flight Simulator is comparatively simple. It doesn’t have a predetermined goal, it’s whatever you want it to be, and you can take it at your own pace.

You’re able to depart and land at over 37,000 runways and airports or drop in at any location on earth using GPS co-ordinates, and Microsoft Flight Simulator’s extensive accessibility options lets you make the act of piloting as easy or realistic as you want.

Even though it’s called a simulator, you’re able to disable the realistic aspects entirely, such as making your aircraft impervious to damage.

If you have no interest in learning the aircraft’s systems or how to navigate runways and airspace, you can easily tune it so this ‘simulator’ is playable with only a controller’s sticks and triggers, with AI assistance kicking in during take-off and landing.

Flick on autopilot, kick back and relax as you soar up through astonishingly rendered volumetric clouds and over the Grand Canyon, Mount Fuji, or set course for your childhood home, it’s all there.

In the background, play an album or podcast to accompany your journey, looking at the weather ahead that’s informed by real-time data piped into the simulator: cloud formations, rain patterns and more. Microsoft Flight Simulator’s breath-taking recreation of earth is perfect for easy, virtual tourism and is definitely one of the most relaxing games on Xbox Game Pass.

Forza Horizon 5 is a tremendously generous game that’s bursting at the seam with content, letting you carve out your own idyllic experience.

Somehow, it’s simultaneously a road, street, dirt, cross-country and drag racing game all in one package, but nothing’s forced upon you.

If you want to exclusively partake in road races and ignore cross-country ones, that’s completely viable in Forza Horizon 5. You won’t hit a hurdle that forces you to tick off races you’re not interested in. You dictate how you engage with the game, at your own pace.

Funnily enough, a vast portion of Forza Horizon 5 isn’t even concerned with racing. There’s a broader appreciation for car culture throughout the game. You can spend hours gathering and curating your dream garage, customisation liveries and modifying cars for peak performance.

The game takes place in Mexico which lends itself to an incredibly diverse map, with damp jungles and muddy trails to a snow-capped volcano. Mute the in-game radio and NPC dialogue, play your own music and cruise the open world in your dream car, it’s a great stress reliever.

Whatever you do in its vast open world, you’re handsomely rewarded with new cars, new customisation options and more. Unlike other racing games, there’s no explicit fail state in Forza Horizon 5.

Crashed into a roadside barrier? That might invalidate your lap time and make you serve a penalty in another game, but not in Horizon. It counts it as a destruction bonus which nets you XP for unlocks. This reward structure applies to a myriad of actions throughout the game – obliterating cacti, performing clean overtakes, drifting around corners, dodging oncoming traffic and a whole lot more.

There’s a freeform progression to Forza Horizon 5 that’s a welcomed change of pace from stricter, more stiff games in which you’re incentivised to win over and over again for credits.

In other games, you might as well restart mid-race if it’s clear you’re not going to finish in pole position. But Horizon’s structure means it’s worth sticking it out to the end for the XP, even in sixth place. It’s relaxing knowing you don’t need to hit restart because you didn’t nail the first corner.

As one of the world’s best-selling games, Tetris may seem like a cop-out of a choice. There are hundreds of different versions of Tetris with millions of copies sold, so it’s no doubt people have found relaxation in it. However, 2018’s Tetris Effect takes the classic puzzle game to the next level.

It’s named after a psychological phenomenon in which people get so absorbed into Tetris, they start to see the game’s tetrominoes where they shouldn’t – in ceramic titles, cereal boxes on store shelves and even in dreams. The term was coined back in 1994, when the Game Boy version of Tetris was outrageously popular.

Tetris is addictive and entrancing enough on a Game Boy’s tiny, monochromatic screen. Now, all these years later, Tetris Effect utilises every advancement in technology under its belt to evoke this phenomenon as strongly as it can.

Whenever you clear a line in Tetris Effect, it triggers an explosive burst of particle that shoot out from the screen. The music’s tempo syncs up with the speed of the game. Background stages evolve in complexity as you progress further into the game. It’s as if every aspect of the game reacts in accordance with your gameplay.

It’s a sensory overload, engulfing your sight and sound for a meditative, mesmerising experience. Tetris Effect pulls you into the zone, where nothing else exists and your inputs are almost automatic. It doesn’t have photorealistic, triple-A graphics, yet Tetris Effect is one of the most immersive games we’ve played.

If you ever need to unwind after a long day’s work, try out one of these games. What’s more, they’re all on Xbox Game Pass. If you haven’t signed up to it already, here’s why gamers need Xbox Game Pass and some more top games to play on it. Need help deciding what’s the best tier of Xbox Game Pass? Check out our blog Xbox Game Pass for Consoles vs. PC Game Pass vs. Xbox Game Pass Ultimate…