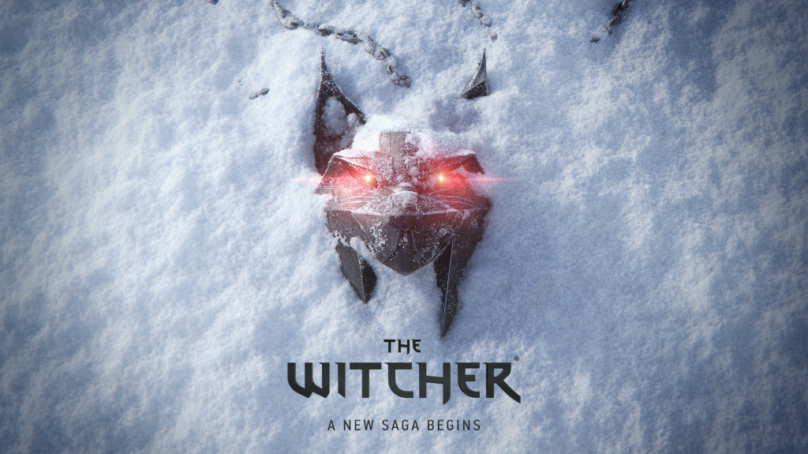 Earlier this week, game developer CD Projekt Red announced they’ve begun development on a new entry in The Witcher series of video games that’s “kicking off a new saga for the franchise”.

As tends to be the case with a most modern game announcements, concrete information about the game itself is thin on the ground. “At this point, no further details regarding the game — such as a development time frame or release date — are available.”

A CGI teaser image and a few developer quotes is all that accompanies the announcement, but even so, there are some interesting insights behind the game’s development.

Notably, CD Projekt Red is dropping their proprietary REDengine in favour of Unreal Engine “as part of a multi-year strategic partnership with Epic Games.” Since 2011’s The Witcher 2: Assassin of Kings, CD Projekt Red has used this in-house engine to build their games, including their most recent release Cyberpunk 2077.

Say what you want about Cyberpunk 2077, but there’s no denying it’s an astonishingly good-looking video game, with one of the most comprehensive real-time raytracing implementations to date – ray-traced reflections, shadows and lighting. Unreal Engine isn’t a clear move from a graphics perspective, CD Projekt Red has achieved great results with their own technology, but there’s more to their rational.

On social media, this announcement raised fears over Epic Games Store exclusivity, but CD Projekt Red were quick to respond that they “are not planning on making the game exclusive to one storefront.” It wouldn’t be in CD Projekt Red’s best interest anyway, as they own the ‘Good Old Games’ digital storefront.

If you’re wondering where Cyberpunk 2077 stacks up in this announcement, CD Projekt RED also confirmed that “REDengine, the technology which powers Cyberpunk 2077, is still being used for the development of the upcoming Cyberpunk 2077 expansion.”

Let’s take a closer look at the teaser image…

Let’s circle back to the CGI teaser image to see if we can gleam even the tiniest hint about the game itself. If you’re a die-hard fan of The Witcher role-playing games – or the original books they’re adapted from, or Netflix’s TV adaptation – then the medallion shown will get your gears turning.

With piercing red eyes, it’s undoubtably a Witcher medallion, but the animal it’s based on doesn’t correspond with any Witcher schools we’ve seen anywhere in the series’ canon. Geralt of Rivia, the previous games’ protagonist, was of the School of the Wolf, but there were other schools too: Cat, Crane, Griffin, Manticore and Viper.

The teaser image most closely resembles the School of the Cat, which led eager fans to assume we’d be playing as half-Witcher Ciri in a spin-off of sorts, as she wears a Cat medallion. However, CD Projekt Red’s global communication director Robert Malinowski decided to clear any confusion to Eurogamer.

“OK, some mysterious should not be so mysterious. I can confirm that the medallion is, in fact, shape after a lynx.”

A new entry in The Witcher series, a new school. It only makes sense, as it’s supposed to be a new saga for the franchise. This doesn’t rule out Ciri entirely, as while she trained as a Witcher, she never underwent the mutations to become one.

Thought, 2015’s The Witcher 3 was a fitting send-off for these characters, there’s no need to dredge them up again. We reckon CD Projekt Red’s got big plans for this new saga, with a brand-new cast of characters or even a customisable character. Who’d you like to play as in ‘The Witcher 4’? Let us know, stay tuned to the Ebuyer Game Hub for future updates.