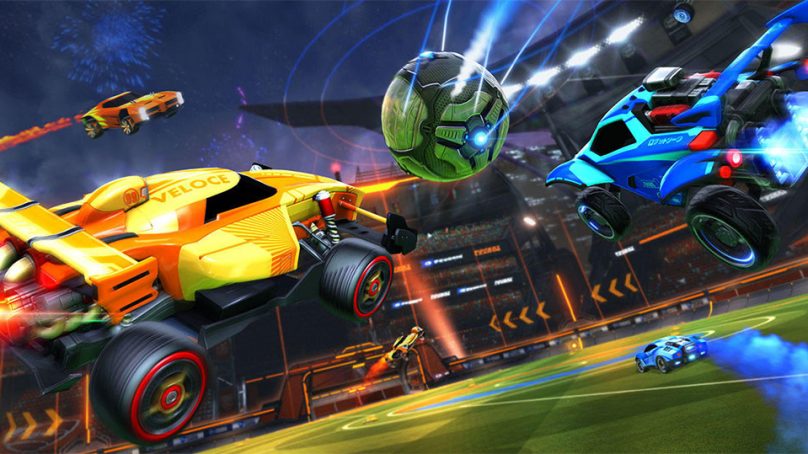 Steam’s library of games continues to grow at a staggering rate, catering to every genre known to man while inventing a few of its own. Whether it’s VR games, visual novels, competitive shooters or truck simulators, you’re bound to find something that will put a smile on your face.

Not all games are made equally, however, so we’ve rounded up a selection of must-have titles that any discerning gamer should have in their Steam library.

Putting poultry back on the menu in a big way (sorry, PETA), PLAYERUNKNOWN’S BATTLEGROUNDS lay the foundation for all other battle royale games to follow. While its popularity has certainly waned due to a few too many missteps and stiff competition, there are few games that can provide such a sense of sheer satisfaction.

Super-powered cars, gravity-defying stunts, and a small, planet-sized football. Rocket League is the pinnacle party game to play with friends and family (especially if you don’t really like them). Scoring a spectacular goal with the bumper, hood, or backside of your car shouldn’t be so enjoyable, and yet here we are, screaming like we’d just won the world cup with the Faroe Islands.

Rocket League’s success story is only set to continue with the addition of cross-platform support, so you can team up or face-off against your rocket-fuelled rivals, wherever they choose to play. Ideal.

Tired of toiling away at your soulless office job? Then pack it in, move to the countryside, and toil away at the land instead. That’s exactly the premise behind the indie darling Stardew Valley: a game that takes its inspiration from Animal Crossing and Harvest Moon, and serves as a constant reminder of the idealistic life that we’d love to live.

Stardew Valley has received incredible post-launch support since its release, including a brand-new multiplayer update that lets you farm with friends until your back gives out. Oof.

Created by a team of three extraordinarily talented individuals, Hollow Knight reigns supreme as one of the best Metroidvania games in recent memory. Punishingly hard, gorgeously animated, yet strangely adorable at the same time, guide an intrepid hero past perilous obstacles and twisted creatures as you brave the depths of a forgotten kingdom.

With the sequel Hollow Knight: Silksong planned for sometime this year, fans won’t have to wait long to reacquaint themselves with the wondrous world that developer Team Cherry has crafted. Get in there.

Dialling up the difficulty to eleven (and then some), Sekiro: Shadows Die Twice may cost you a controller or two out of sheer frustration. Set in feudal Japan, you play a lone warrior tasked with restoring his honour. You’ll need to hack, slash, stab, and kill countless enemies along the way, all while keeping your emotions in check as you inevitably die over and over again. Stick with From Software’s latest masochistic creation, though, as victory will make all your pain worthwhile… Kind of.

Sitting pretty as one of the highest rated games of 2019, Slay the Spirefuses card games and roguelikes into one utterly compelling combination. Build your unique deck, overcome bizarre creatures, uncover powerful relics, and journey up an ever-changing spire. Easy to learn but hard to master, Slay the Spire will definitely cast an enchantment spell on you. Now, it’s time for one more run… Okay, that run didn’t count.

Can anything stop the sales juggernaut that is Grand Theft Auto V? The answer seems to be, “Hahaha. Of course not, stupid!”. While Red Dead Redemption 2 may be years away from a PC release (if it ever comes at all), Grand Theft Auto V keeps pulling players back to the bustling city of Los Santos with its liberating sandbox gameplay and hilarious cast of characters.

With an active modding community, regular updates to GTA Online, a fully-fledged editing suite, and an enticing number of sale discounts, Grand Theft Auto V will continue to make more money than we could ever dream of. *sob*

How to overclock your graphics card